Karuizawa is best known as a summer resort, where wealthy and distinguished Japanese citizens keep summer homes which allow them to escape the heat of Tokyo. However, it may come as a surprise that it was effectively founded as a summer resort not by a Japanese visitor, but by one from overseas.

Alexander Croft Shaw was an Anglican missionary from Canada, whose building of the town's first summer home in 1888 paved the way for Karuizawa to build its status as a getaway for city-dwellers. That house and its neighboring chapel are now open for visitors to see this part of the town's history.

There's a very restful atmosphere where they nestle in the leafy woods, just a few minutes' walk from the top of the town's bustling shopping street. They're simple wooden buildings with a minimum of fuss and adornment, and the inside of the church looked much more inviting through its open door than the rather austere exterior.

The interior is also simple, but the low ceiling with its sturdy-looking beams, the soft red carpet and wooden paneling make it cozy rather than dreary, and as I padded around in my bare feet, the sound of water from the nearby stream created an air of tranquility that wasn't broken by the odd passing vehicle. As I left, the friendly young verger was waiting with an informative leaflet in English and Japanese, and we exchanged cheery 'konnichiwa's before he finished for the day.

The house is also nice and cozy inside, with its wooden floors and furnishings; though it's obviously not lived in any more, there are still a lot of domestic touches that bring to life what it must have been like to spend time here. There's a tea set on the table in the dining-room, just waiting for someone to bring in a pot of steaming hot tea, and more cups by the low serving-hatch from the kitchen, where a lantern and basket sit on top of an antique coldbox as if the cook has just left them there while she nips out for some salt.

In the bedrooms upstairs are uncomfortable-looking bedsteads - I hope Shaw and his family had good mattresses - while the sitting-room with its low chairs looks like it would have been a nice place to relax on a warm summer's evening. Throughout the house there are pictures of Shaw's family and other local buildings of the time, which give some sense of what life must have been like for the missionary when he first visited. Indeed, visiting the chapel and house is like stepping back into a less hurried time, when life moved at a slower pace, and I enjoyed being in a place where something of that atmosphere is preserved. 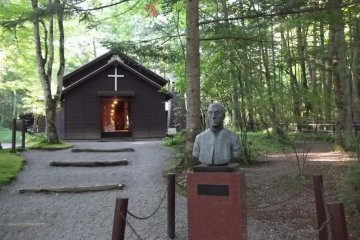 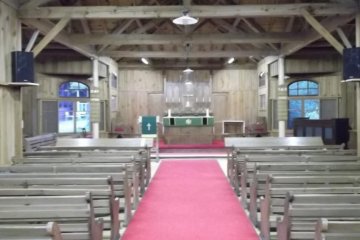 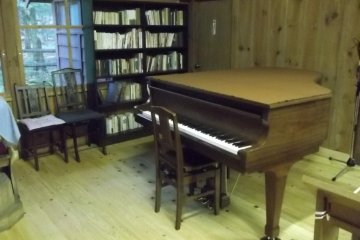 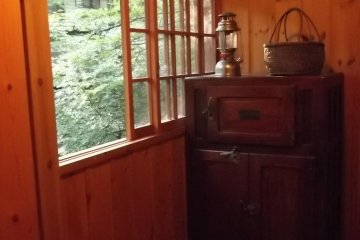 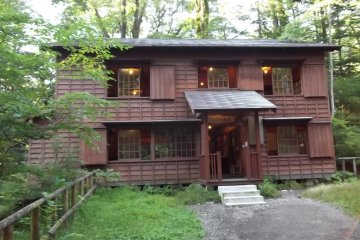 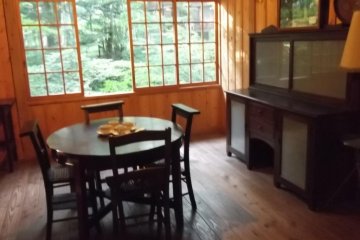 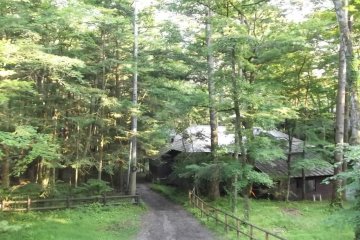 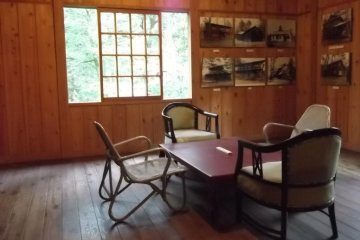 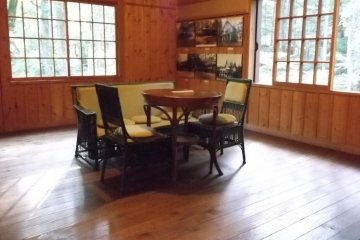 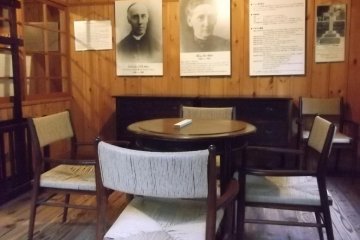