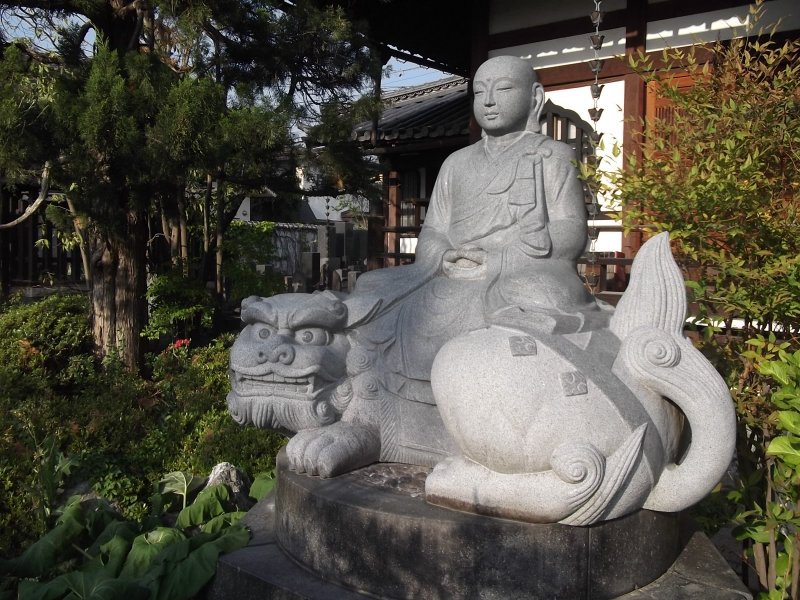 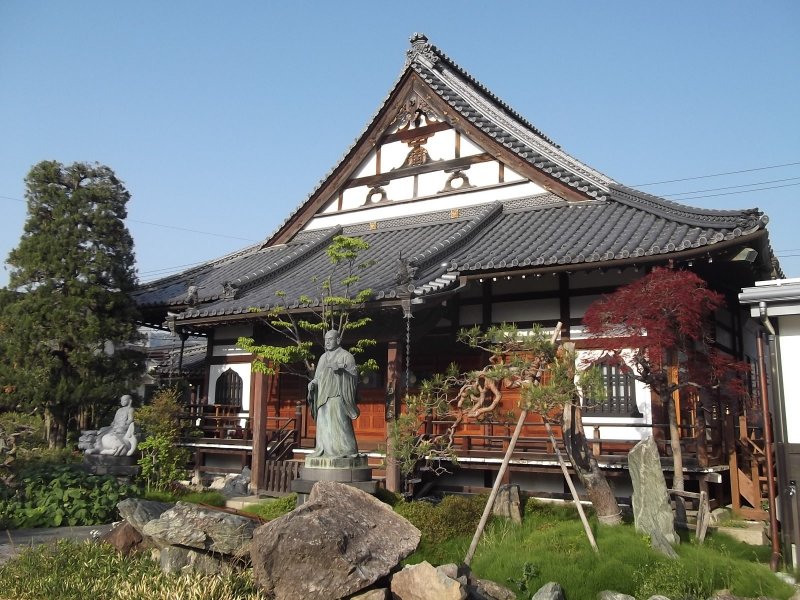 A view of the worship hall at Ryuko-ji 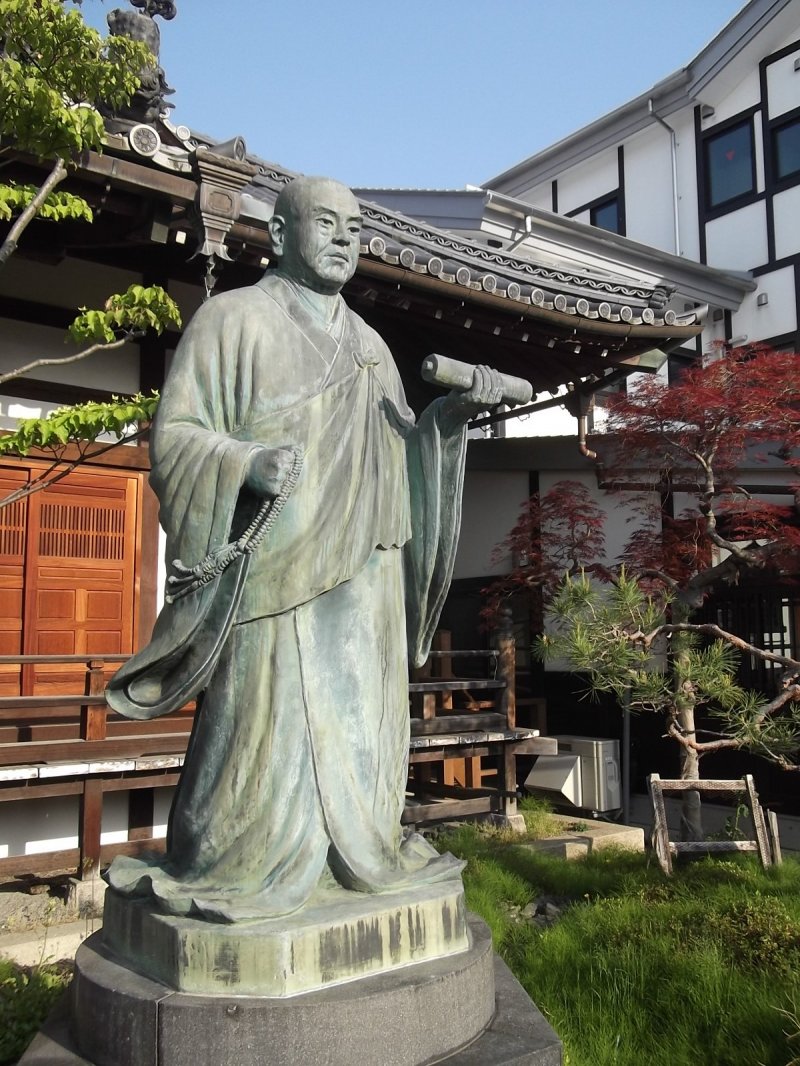 A Buddhist scholar (I imagine) at Ryuko-ji 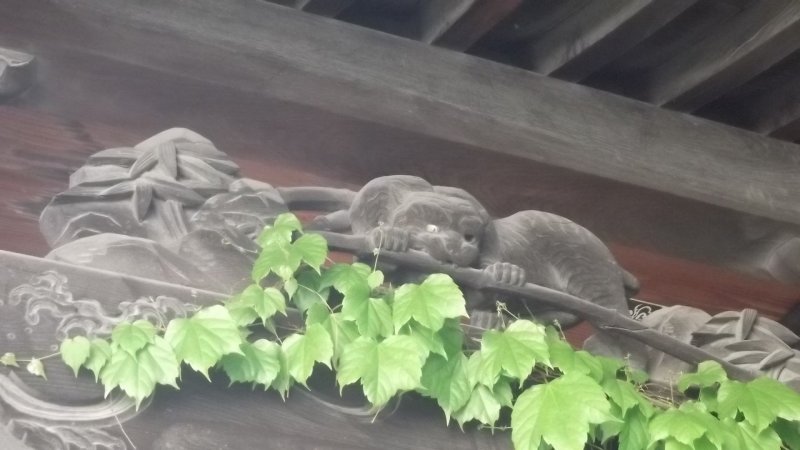 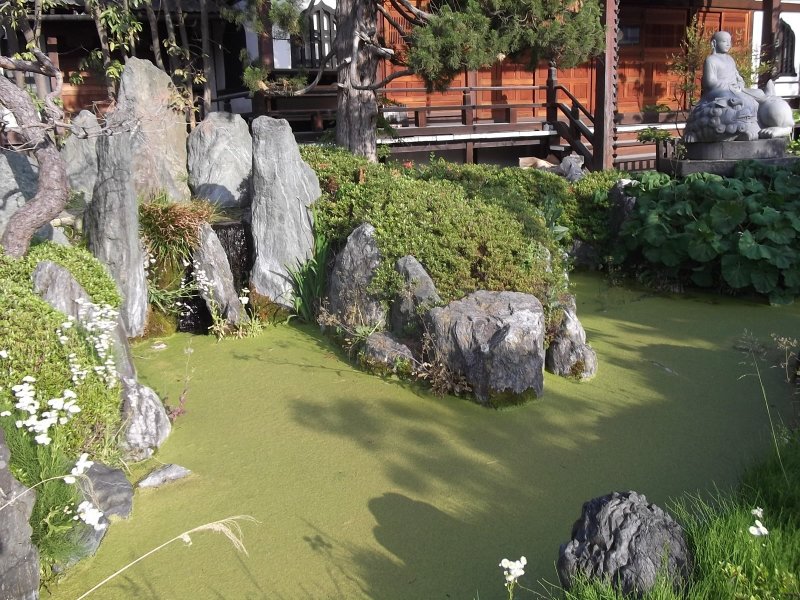 The pond in front of the worship hall at Ryuko-ji 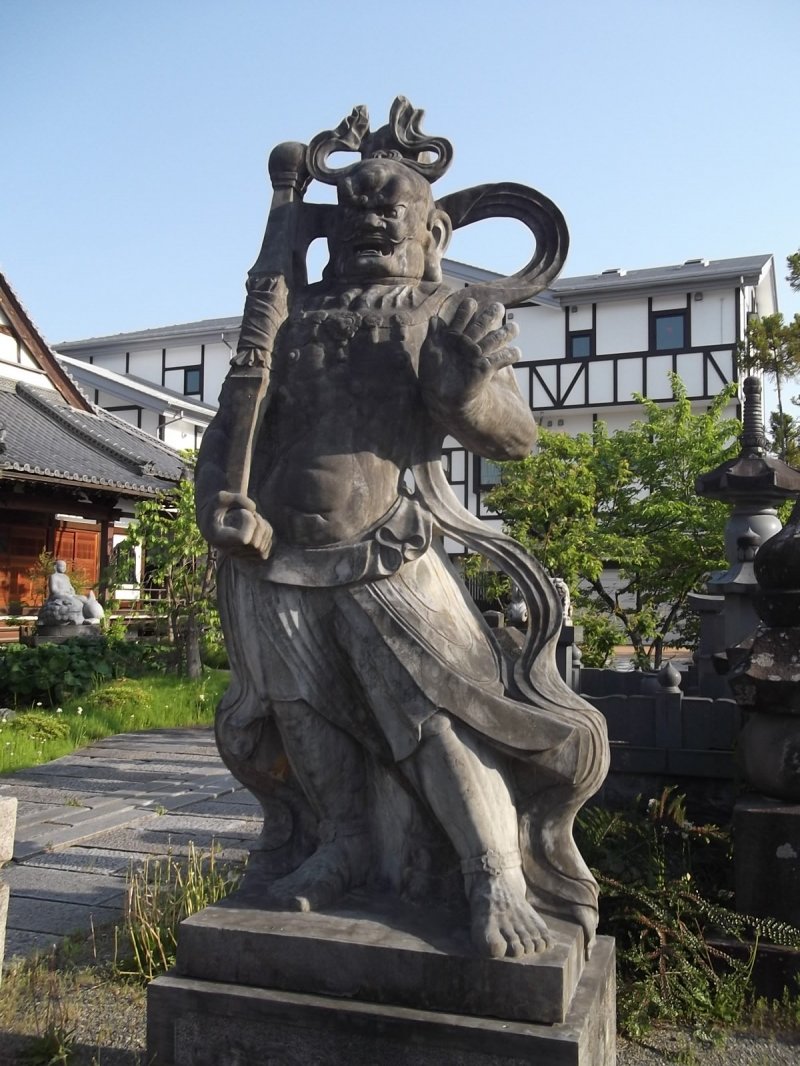 A guardian demon at Ryuko-ji 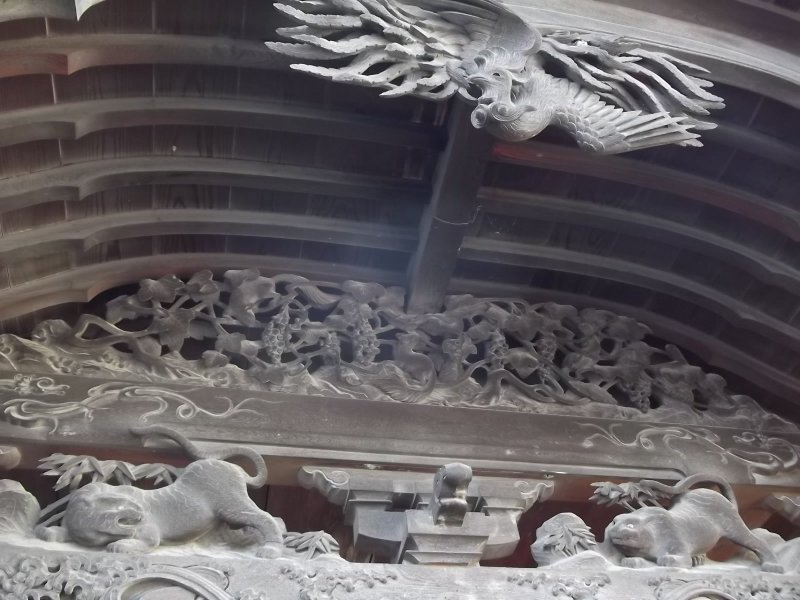 Carvings at the neighbouring hall 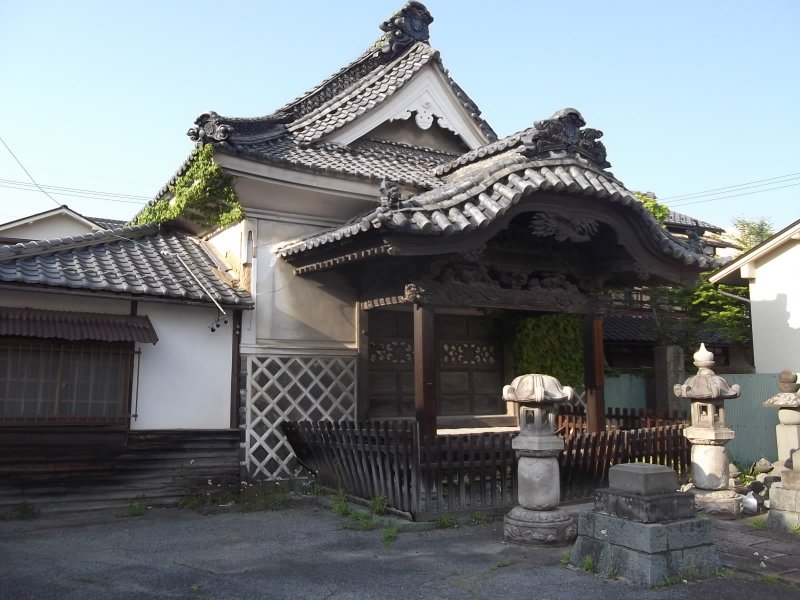 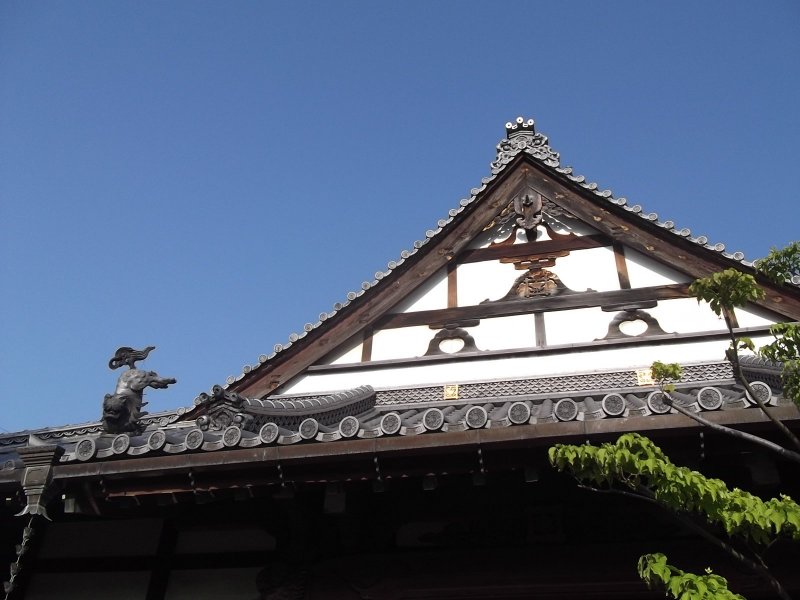 Decoration on the roof at Ryuko-ji 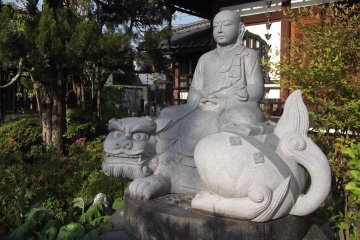 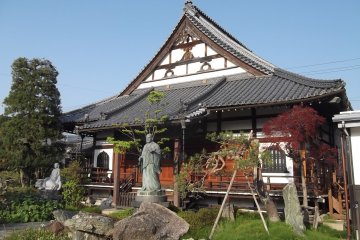 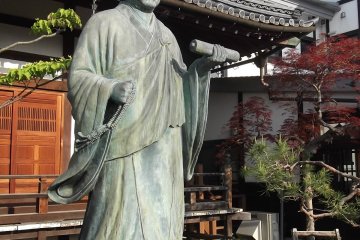 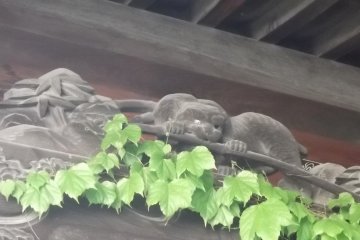 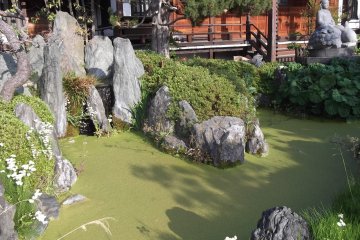 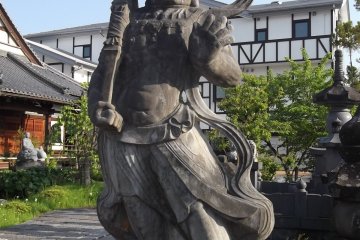 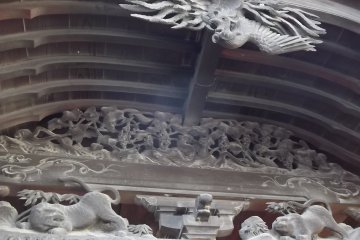 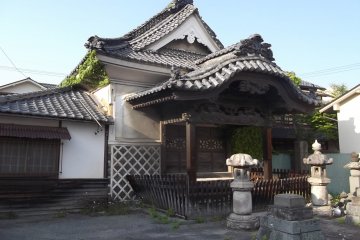 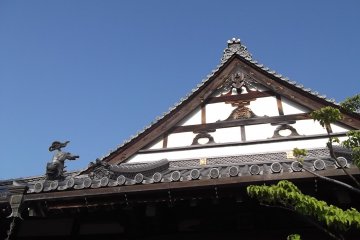 In the centre of Matsumoto, near the city's famous Genchi Well, Ryuko-ji is a small, interesting temple, worth stopping at for a poke around if you're in that part of town.

At the nominal entrance to the grounds, you're greeted by two statues of imposing guardian demons, one reaching out a hand as if to stop you. From there you walk the few yards past the graveyard to the worship hall.

In front of the hall there's a very compact but well-tended garden, home to artfully arranged rocks, an impressive tall tree, and a pond which was covered with green algae at the time of my visit. The worship hall is simple and handsome, constructed of wood with white plaster walls, with airborne guardian lions on the sturdy-looking tiled roof.

Also by the hall are a couple of interesting statues: one I guess is a Buddhist scholar, the other looks like a devotee or saint, mounted on a creature resembling a lion.

Then across the road there's another hall, which may or may be part of Ryuko-ji. When I visited it was fenced off and in a slight state of disrepair - one of the lanterns had lost its head - but you can still get close enough to see some beautifully intricate carvings, and below the roof there are some unusual carvings of cats, one cleaning itself, one chomping on a branch, with some real ivy to complete the scene.

The temple is just a few minutes' walk more or less directly north of Fukashi-jinja and the Performing Arts Center, just off Ohashi-dori, a little way south of Hinodecho-dori.