Top 10 Things to Do in Kamigoto

In the East China Sea, off the western coast of Kyushu in Nagasaki Prefecture, a few fuzzy speckles add to the map of Japan a cluster of islands known as Goto. Literally “Five Islands,” there are five main ones and 135 islets, all in rural isolation and endowed with extensive, jagged coastlines riddled with narrow inlets and rocky cliffs. The northernmost of these islands is Nakadori, better known as Kamigoto, with Shinkamigoto being the name of the quiet township of less than 20,000 people that covers the island and connects its villages and fishing harbors.

Let's take a look at this remote but easily accessible island’s local experiences, scenic shores, specialty food and drink, attractive local flora and fauna, and special regional history—particularly that of the Hidden Christians.

1. Learn about the Christian persecutions and revival of the faithful

Francis Xavier brought Christianity to western Kyushu during the 16th century, but it was soon criminalized in coordination with Japan’s two centuries of isolation. Kamigoto and nearby lands became a focus point of religious oppression. Many Christians in this area spent their lifetimes hiding their faith. Once the reopening of the country and religious freedom arrived with the Meiji period (1868-1912), a revival produced dozens of beautiful countryside churches. Twenty-nine of these still stand, including the striking stone architecture of Kashiragashima Church (頭ヶ島天主堂—Kashiragashima Tenshudou) in its isolated beachfront location. It’s one of the twelve Hidden Christian monuments in Nagasaki and Kumamoto recognized as UNESCO World Heritage Sites.

The 2016 Martin Scorsese epic historical drama Silence, with Liam Neeson, explores the arduous lives of the Hidden Christians and Catholic priests hundreds of years ago and features the Goto Islands prominently. Today, one-quarter of the population remains Catholic and the churches are still in use.

To get a better understanding of the local culture and even participate in it, try a different kind of barbecue with a flying fish fry at a small fish processing company called Hatashita (はたしたのあご焼き体験). Catching the ago locally in the wild with nets when their numbers are fullest, Hatashita immediately freezes the flying fish, then later grills them in batches throughout the year.

Chefs in Kamigoto use them primarily for dashi, a stock for dipping sauce or soup, which matches well with the local style of udon noodles. At Hatashita, you can prepare and grill the fish yourself, then take home what you grill.

When you think of Japanese food, do sweet potatoes ever come to mind? This New World vegetable does have a culinary history in Japan of baked goodness, and one local specialty is kankoro mochi (かんころ餅), a tasty treat made from rice and steamed sweet potatoes pounded into soft cakes. At the Shinkamigoto Tourism Association shop complex, you can take part in local tradition by making your own, mixing it and pounding it with a customary wooden mallet.

Every region of Japan has its own specialty foods, and even very rural areas like Kamigoto have highly refined culinary delights. Goto udon has characteristically thin, hand-stretched, firm noodles with tangy broth flavored with flying fish. Noodle maker Toraya’s Shima Dining restaurant (飲食店 島diningとらや) serves up fresh seafood and their own udon. Toraya’s small factory also has a connected, old-fashioned saltworks, both of which can be toured on the seashore not far from Hamaguri Beach.

Kamigoto has some beautiful sandy beaches, including one of Japan’s official top 100. Inside of Saikai National Park, which covers much of the island, a river meets the sea in a sheltered bay at Hamaguri Beach (蛤浜海水浴場, Hamaguri Kaisuiyokujou). 500 meters in length, this striking strand offers fine swimming, clear water, and luscious scenery. Right on the water is Hamaguri Deck, a large café with indoor and outdoor seating. Relax in the swing chair or watch crab communities up close as you enjoy a cool, refreshing beverage.

The Ota family business is the oldest surviving Goto udon maker and now, in their second century of operation, has a recently renovated and stunningly beautiful showroom in central Aokagata. Here you can experience how this kind of udon is made, separating the long strings of noodles yourself with traditional wooden sticks. Enjoy a tasting of the noodles as well at the Ota Seimenjo (五島うどんの太田製麺所—Gotou udon no Ohta seimenjo).

6. Gotonada: see regional shochu and sake in the making

One other traditional use of the sweet potato is in making shochu, a native distilled alcoholic beverage. Sweet potato, or imo, shochu is especially popular in the warmer climate of Kyushu, and the Gotonada Brewery and Distillery (五島灘酒造, Goto-nada Shuzou) offers tours of their facilities. You can see how they farm the fields nearby and turn the crops into a variety of delicious beverages. They brew sake here, too, and you can enjoy a tasting of each kind! A tour costs 500 yen per person and requires advance booking by phone (unavailable between October and December).

Besides fine beaches for swimming and surfing, Kamigoto’s coastline has numerous inlets providing calm, clear waters for sea kayak, SUP (standup paddleboarding), and other marine adventures. Explore harbors of little fishing boats and head out into nature. All along the shorelines are picturesque geologic features, pretty waterfalls, and deep green hillsides home to birds of prey, such as kites, crested honey buzzards, and Chinese sparrowhawks that add to the ambience. The Goto Adventure Inn provides equipment, transportation, and guides for marine sports and trekking.

8. Taste for yourself “box” blowfish, Goto beef, and other local delicacies

On the terrestrial side, it might surprise you that cattle have been raised here for two millennia. Despite the few spaces for grazing, local techniques have resulted in a high reputation for quality beef.

9. Watch the sunset over the Wakamatsu Strait from Mt. Kome

Above the flora and fauna of Kamigoto, the atmosphere itself adds to a visit here. Cleaner air and low light pollution make for fantastic stargazing, while the lookout at the peak of Mt. Kome (米山, 234 m) provides stellar views of the islet-studded straight between Wakamatsu and Nakadori islands. In the other direction, see the port of Narao and the sea between Goto and the mainland of Kyushu. Catch a gorgeous sunset here and watch the Milky Way appear.

10. Feel the presence of the Narao Akou

The Japanese sea fig grows natively here, and one specimen of exceeds the normal capacity of one’s imagination regarding what a fig tree can be. The giant, known as the Narao Akou (奈良尾あこうじゅ—Narao Akouju), dates back 670 years to the time of Chaucer, creating a fairytale scene at Narao Shrine. The canopy extends up 25 m, with roots hanging down through the air and a variety of epiphytic plants living in its nooks and crannies. This is the largest tree of its kind in the country, and you can even walk underneath the tree through its trunk, 12 m in circumference, where hundreds of good fortunes on paper have been tied to its majesty in hopes of them coming true.

Many rural areas in Japan are losing population and experiencing declines as young folk move to urban areas. But Goto is one of the few places where city people are relocating to the countryside in significant numbers. Its village charms, national-park-level of natural beauty, and recent investments for development are helping bring Kamigoto the rising attention it deserves.

Kamigoto’s isolation is one of its perks, yet it’s not so far as to be difficult to get to. There’s an airport near Kashiragashima Church. And being the furthest east of the main islands of Goto puts it closer to Fukuoka, Nagasaki, and Sasebo. The ferries offer a comfortable ride with agreeable scenery as you move out of the big city ports, over the low waves with sea birds and flying fish, and up to the alluring crags and deep green hills of the islands. 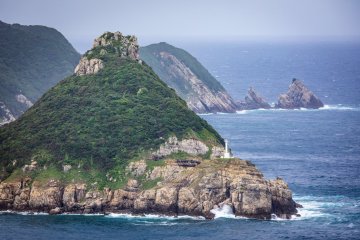 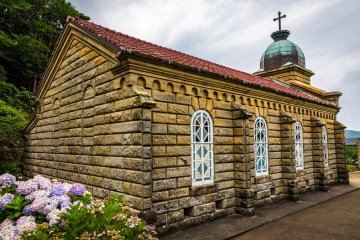 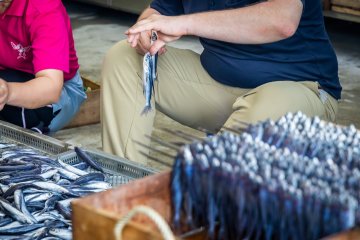 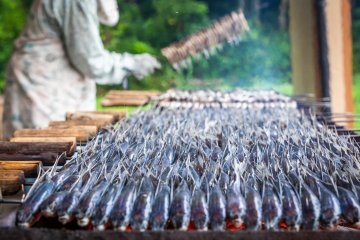 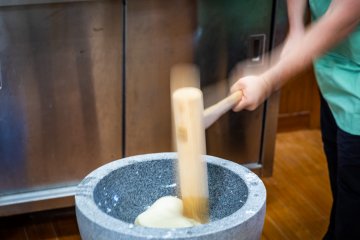 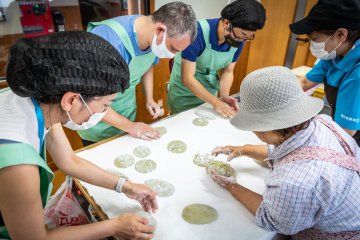 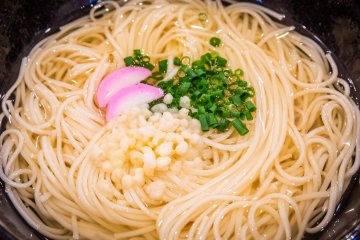 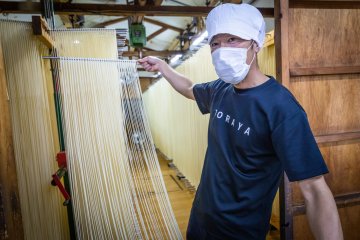 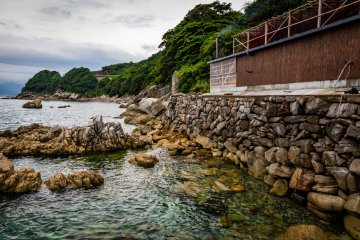 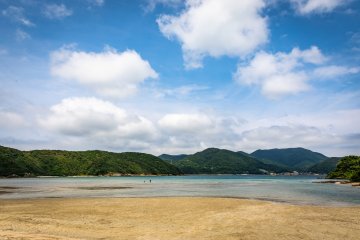 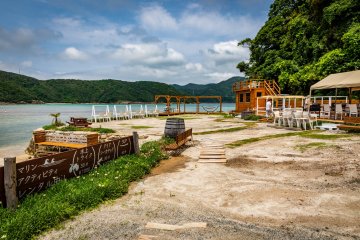 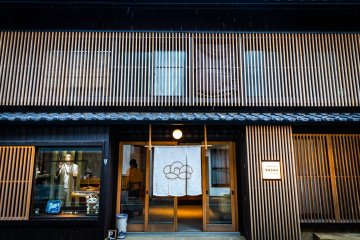 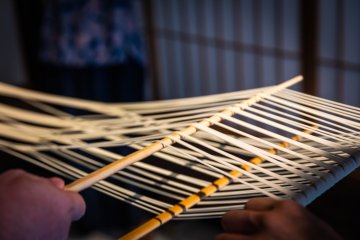 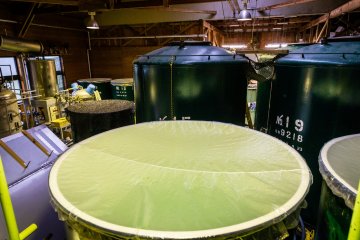 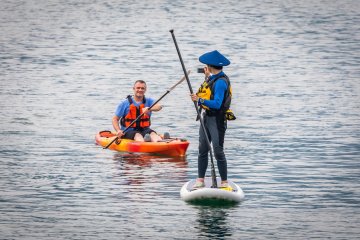 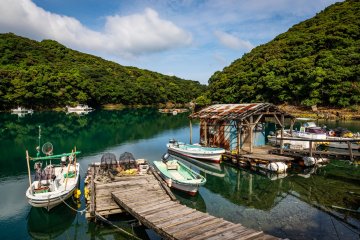 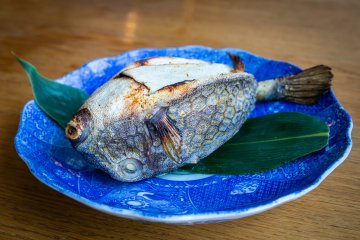 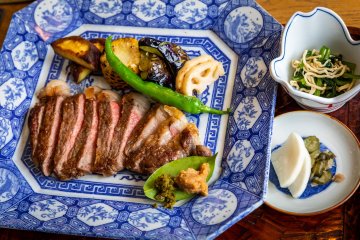 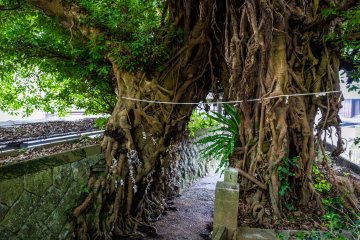 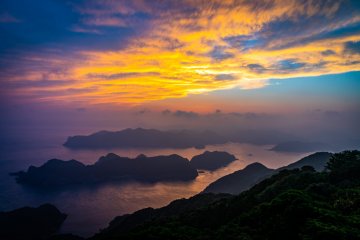 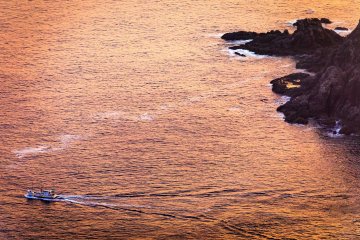 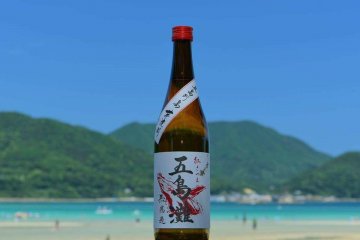 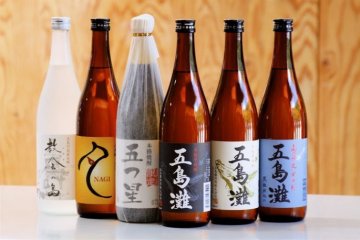