Sweet relief from the summer heat

I know no heat like a Japanese summer. Summer in the Nara Basin in Nara Prefecture can be even hotter. The rice fields and mountains of Asuka Village in the southern part of the Nara Basin offer some relief from the heat of the city, but not nearly as much as the ice cream and frozen yogurt of the Log House.

I was on a filming and photography excursion collecting photos and video of Asuka’s most ancient and significant sites (it is Japan’s first capital). I had just finished up at the Ishibutai, a 7th century burial mound with a monolithic stone tomb open to the public, and needed some form of refreshment before moving to the next site. I had read about the Asukano Log House in a “Nara nara” newspaper article and as it was located just across the street from the Ishibutai, I went there for an ice cream.

The article I had read had been very brief about what the Log House had to offer. I had been expecting a display full of tubs of ice cream and there was, but next to it was a display with lots of fruit.

“We can grind and mix your choice of fruit with our frozen yogurt,” the lady working the counter informed me (in Japanese). “Would you like to try it? All the fruits but the tropical ones came from here in Asuka.” I asked for chocolate frozen yogurt to be mixed with strawberries. “Nobody has ever ordered that before,” the lady told me. “Most people do vanilla and strawberry.” She proceeded to fill my order, other ice cream stores I’ve visited have flat out refused requests like that because, “That’s not on the menu!”

“These strawberries are Asuka ruby strawberries,” the lady said while she worked the grinding machine. “They’re the most delicious strawberries in Japan.” The strawberries being used to make my ice cream had been frozen but they did go very well with the chocolate frozen yogurt (and with the vanilla frozen yogurt that my filming partner opted for). While eating my ice cream I had a look at the other flavors Log House had on offer. Besides the chocolate and vanilla frozen yogurt, there’s also chocolate and vanilla soft serve ice cream, matcha, “farmed the old way” sweet rice flavor, Asuka ruby strawberry ice cream, and mixes of the various flavors. They also have snow cones (kakikori in Japanese). A window around the side of the log house, under a patio awning, also appears to serve yakitori and some other countryside lunch items. I will be returning to Log House in the future for ice cream and to try fresh Asuka ruby strawberries. Need a cool treat while exploring Japan’s first capital? Happy travels! 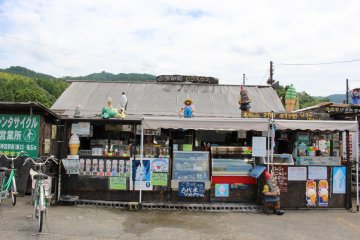 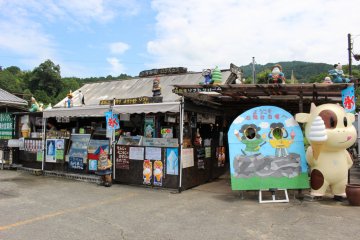 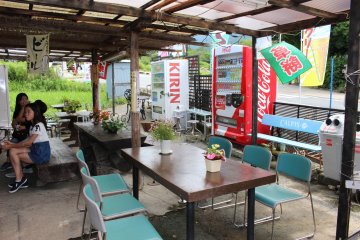 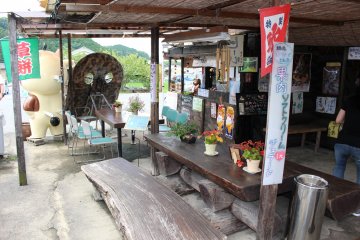 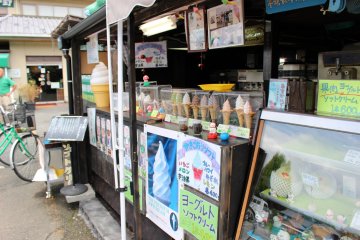 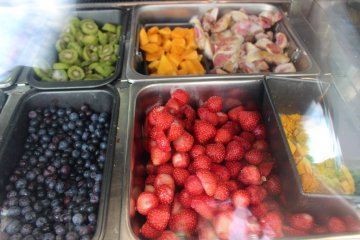 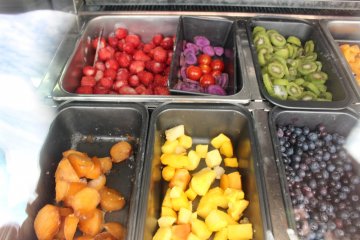 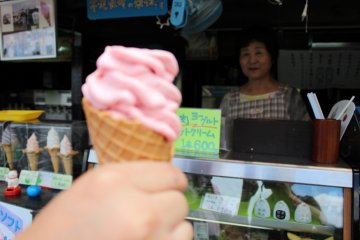