Japan's answer to the tombs of Egypt

This is the stone fort every boy imagined he would build for himself when he was 8 years old. Little did any of those 8 year old boys know, it takes an entire clan of Japanese samurai to build such a structure, and not a stone fort but a tomb! One doesn’t have to go to Egypt, Japan has them too. Most of Japan’s tombs and burial mounds (known as “kofun” in Japanese) were built for the Emperors of old but some were built for those who had consolidated the power to set the course of Japan's cultural future.

It cannot be said with any great certainty who exactly the Ishibutai was built for. There is however, one line the “Nihon Shoki,” Japan’s oldest written record, to suggest that it was built for Soga no Umako, the Courtier who would solidify Buddhism's place in Japanese culture. Soga no Umako married his 3 daughters into the Imperial family and then used his power, armies and influence to put down all resistance and founded Japanese Buddhism. With the blessing of the Imperial family in 588, the first Buddhist temple (present day Asuka-dera) and Buddha statue (Asuka-dera’s Buddha) was built. Twenty years after his death however, Soga no Umako’s descendants decided they no longer wished to work behind the political scenes and began to challenge Imperial authority going so far as to kill the Crown Prince in 643 to prevent him taking the throne and making Soga no Iruka the de facto almighty leader of the court. In 645 the leader of Nakatomi Clan, Nakatomi no Katamari and other members of the Imperial Family staged a coup d’etat and assassinated Soga no Iruka, the heir to the Soga line and successfully breaking the Soga Clan’s hold on the Imperial government. The incident caused such a disruption to the Japanese political landscape that two years later the emperor enacted the Taika Reform returning power to the Emperor. The Soga Clan were branded as traitors including those from generations past and Soga no Umako's burial mound was dug up and raided as punishment for the crime.

The name Ishibutai means “stone stage” because of the shape of the tomb and because of two legends asserting that foxes have been seen dancing on the tomb, and that a player of old used the tomb as a stage for his performance because no other venue was available. The largest 2 stones that make up the ceiling weigh 60 and 77 tons respectively. The weight of all 30 stones on the site is in excess of 2,200 tons. They were quarried nearly 2 miles away and carried to the site demonstrating the high level of technology Japan possessed even as far back as the 6th and 7th centuries. To walk around the tomb, walk through the entrance tunnel and stand in the burial chamber is awe inspiring. The person buried here was not a King but he was equally (and perhaps) more important. If you are in the Kansai Area a visiti to the Ishibutai is definitely worth it. Happy Travels! 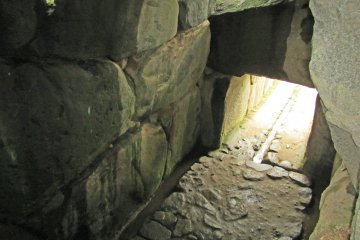 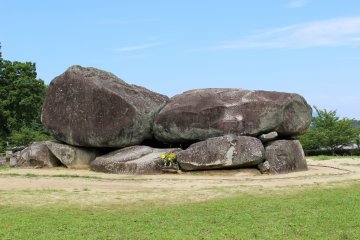 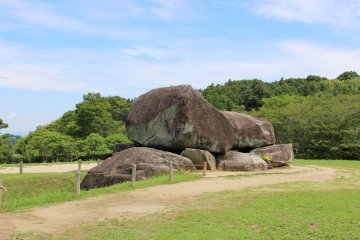 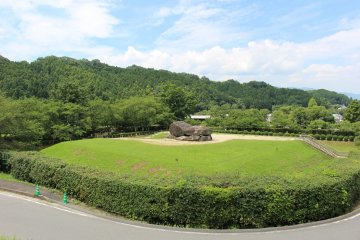 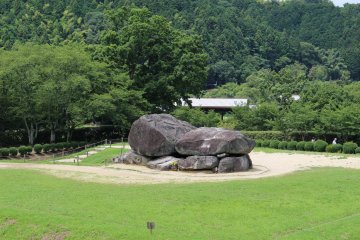 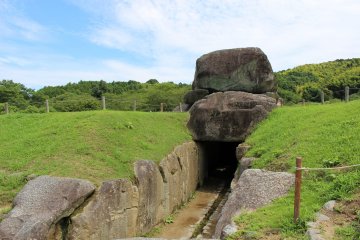 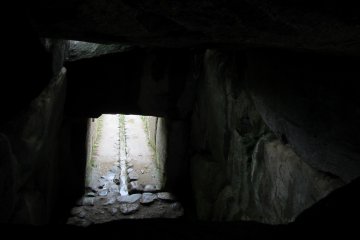 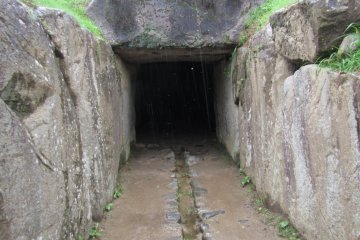 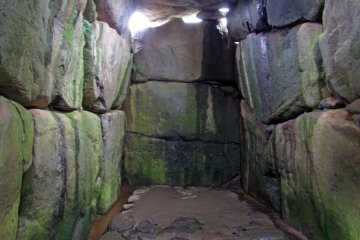