Being in the mood to try something a little bit different, I decided to pay a visit to a local Sri Lankan restaurant in my neighborhood. I had previously met the owner in a bar and he gave me his name card and invited me to his restaurant.

Hanthana is a little difficult to get to by regular train (about a twenty-minute walk from Yamato Saidaiji station) and is near the Heijo Palace ruins. It’s also possible to go there by taxi from JR Nara, or Kintetsu Nara stations. It would take about 15-20 minutes to walk from Kintetsu Shin-Omiya station.The restaurant is on the second floor of the building and the outside is decorated with billboards and neon signs so it is hard to miss from the street. There were only a few guests when I visited as it was a weeknight, but I sat at the counter and was promptly served by the chefs. Depending on your budget or size of appetite there are a variety of dinner choices you can make; you can order either individual servings or a “set meal”.Sri Lankan cuisine uses vegetables, fish, meat, chicken as well as rice. Fish and meat are usually mixed with different types of curry and served with a plate of (Japanese) rice which is more sticky in texture than the longer and less-glutinous Sri Lankan rice. The hitori-sama (one person) set costs 1300 yen and includes two types of curry, a salad, some dhoti bread (unleavened bread) as well as rice. For 2,000 yen you can choose up to three types of curry. I also ordered some Sri Lankan beer, which is a type of dark lager, tastes like a stout beer and was quite tasty. A full set was about 3,000 yen and is probably best ordered by two people.

Plates of rice were “bottomless” meaning they will refill free of charge, and I found the meal to be quite filling once you have had several slices of dhoti and two plates of rice! The chefs are both from Sri Lanka, speak Japanese and some English, and in general are very sociable and like to chat to customers. I must have stayed there over an hour just chatting. Sri Lankan food is a little different from Indian food though they are neighboring countries and they explained some of the differences. I found it not to be as spicy as Indian food and it suits the Japanese palate well, in my opinion. Food is generally eaten with your fingers and you dip the dhoti bread into the curry sauce and the rice and Sri Lankans eat it as is.

For Christmas season Hanthana serves a special menu, costing 4,000 yen including drinks. First, I was served an appetizer of small spring rolls filled with a spicy mix of meat and vegetables on a colorful tower of cabbage and red cabbage. Next they served a vegetable soup which was nice. The main course followed soon after which was a tandoori-style chicken. For those who do not know tandoori (or its Sri Lankan equivalent) is a spicy sauce made from a variety of peppers herbs and yogurt, it is left to soak overnight and the food is then basted in it and then cooked. For Christmas the restaurant served a buffet of two kinds of rice, a spicy mutton stew and some mixed vegetables. The owner also introduced me to what he described as a Sri-Lankan whisky called Mendis which can be drunk either on the rocks, with water or with soda. It had a nice aftertaste and was quite smooth, drunk with water, almost a Japanese high-ball or an umeshu. Next up was a small round donut shaped food that was made of wheat flour and deep fried. It had a savory taste and you dip it in the curry paste that came with it- delicious!

The dessert that followed was a surprise,a kind of chocolate cake with a sauce poured over it, and was very nice. You should also try the Sri-Lankan beer, either a lager or the stout which went well with the meal too. All in all it was good value for money and was very filling and I got to learn a lot about the food culture of Sri LankaThe restaurant is found on Dai-Ni Oji Doori road leading directly south of Kintetsu Nara station towards the Hanna Expressway, and is almost directly opposite Joshin Electrical store about one kilometer south of Nara city office. The address is Nijo-oji minami 4-2-7. It is open for lunch from about 10.30 to 2 pm and then from 5.30 to 10 pm. The staff and owner speak Japanese and English and of course, the language spoken in Sri Lanka, Sinhalese. 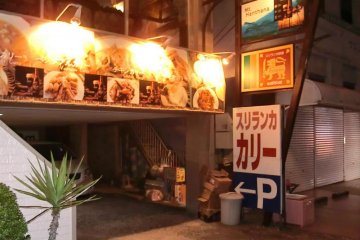 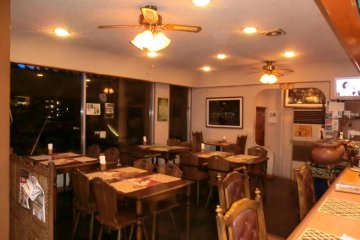 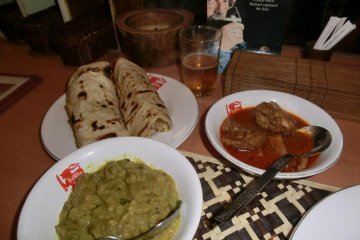 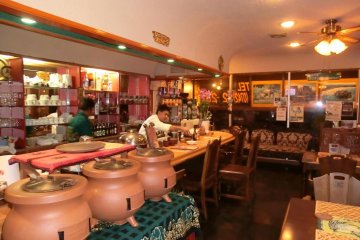 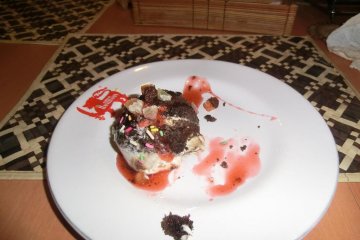 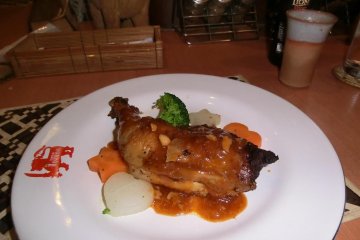 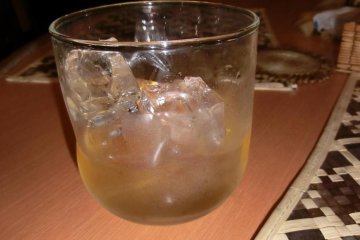 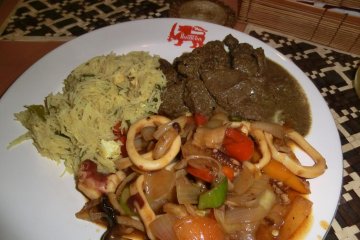 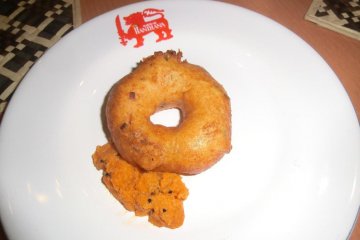 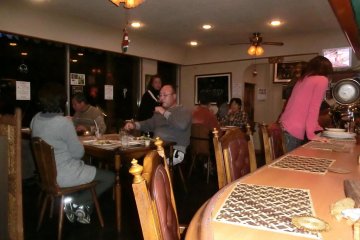 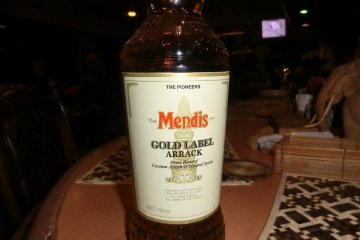