A merchant town born in the cross-fire of history

A living town with 500 Edo Period merchant houses is Kashihara City’s best kept secret! If you like the machiya of Kyoto and the old streets in Takayama, then Imai-cho will charm you for sure.

At the end of the Period of Warring States (1467-1600), the most powerful warlord at the time, Oda Nobunaga, tried to unify the country. The warrior-monks of Ishiyama Honganji, who opposed the role of feudal lords, attacked the Nobunaga. Imai residents participated in the attack under their leader, a man by the name of Imai Hyobu. Needless to say, this attracted Nobunaga’s wrath against Imai.

The samurai townspeople, together with the warrior-monks at Shonenji, prepared for self-defence by turning their town into a fortress. They dug moats, erected thick earthen walls and a castle-like structure with turrets in the Western part of town. It did not come to a fight but Imai-cho wisely surrendered and disarmed and in return it was not destroyed. What’s more, the town received political and legal autonomy. A letter written by Oda Nobunaga to this end is preserved by the town today.

In the 15th century, Imai Cho comprised of the East, West, South and North District but later got extended by Shin-machi and the Ima-machi Districts. These districts covering an area of 600m East-West and over 300m North-South make up the townscape of Imai-cho today.

The nine guarded gates that once granted access to the town via bridges across the 6m wide and 2m deep moat and the earthen walls for fortifications do not exist anymore but the layout of alleyways in the former temple town is still perfectly intact.

The layout as a grid was purposefully made for easy surveillance and to disorient any invaders. Meandering around through these streets today one can still get a feeling of disorientation.

In the older part of town there are Mido Suji, Honmachi Suji, Nakamachi Suji and Daikucho Suji. The grid got extended in the newer part of town by Minami Sonbo, Naka Sonbo and Kita Sonbu.

The larger alleys are just about wide enough for a single car to pass through while smaller alleys are too narrow for cars. This makes for a largely traffic-free historic town that invites exploration on foot or by bicycle.

Power and riches of Imai

Tokugawa Ieyasu recognized Imai-cho’s spirit of self-governance and autonomy. Although the town was under the direct rule of the Tokugawa Shogunate, it was granted considerable freedom: police and judicial powers given to the town’s senior administrators and self-regulation of town affairs by its residence. The Shogunate Government even allowed Imai-cho to issue paper money.

The town attracted many merchants who come here to trade in cotton and second-hand goods. The street passing through the West Gate connected Imai-cho with Sakai City, another commercial hub at the time, located by Osaka Bay. The two merchant towns were so closely related that this phrase was coined: “Imai on the land, Sakai on the sea”.

The majestic merchant residences in Imai-cho today speak volumes of past prosperity and influence of their owners. Many merchants settled here so that by the beginning of the 17th century the small temple town had already grown to 4,000 inhabitants. The richest merchants became so wealthy that they went into money lending.

Today 60% of Imai-cho’s houses are historical houses. This is 500 houses! Where else in Japan can you find such a density of Edo Period merchant houses.

This is not a museum town though but a place where people still live. Residents of Imai even have their own post office.

Since this is an old town built of wood, precaution to prevent fire is necessary. Several fire hydrants and fire evacuation shelters are located throughout town, usually at a “plaza’ rest house where there are also bathroom facilities.

Historic meets modern, in a balanced way, what more can you want to enjoy a morning or afternoon in this unique place.

Access is via Kintetsu Rail from Kintetsu Osaka Abenobashi or Kintetsu Kyoto or Kintetsu Nagoya. You need to change trains at Kintetsu Yamato-Yagi Station.

Get off the train at Kintetsu Yagi-Nishiguchi Station. Imai-cho is a 5 minute walk away. You can also walk from Yamato-Yagi Station. Then it will take you 10 minutes on foot.

If you come by JR from Osaka, Kyoto or Nagoya, get off at JR Unebi Station. From the station it will take you 8 minutes on foot.

Exploring Imai-cho on bicycle is a great alternative. Rent a bicycle at Kintetsu Yamato-Yagi Station or at Kintetsu Kashihara Jingu Station. To Imai-cho it is a 20 minutes journey by bicycle. 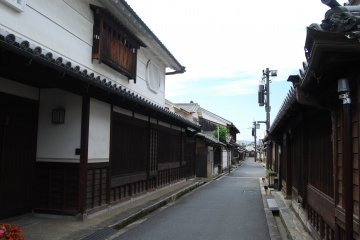 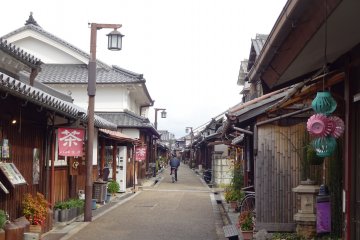 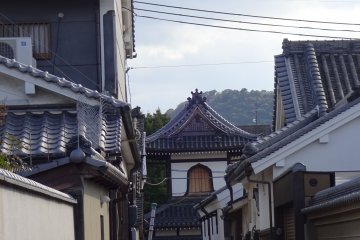 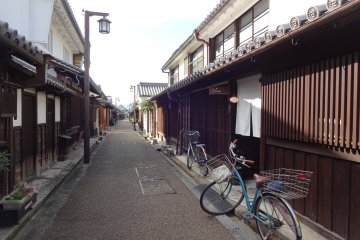 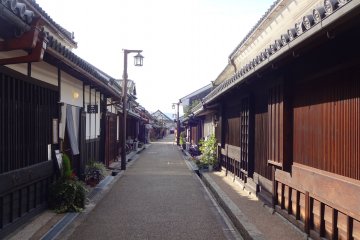 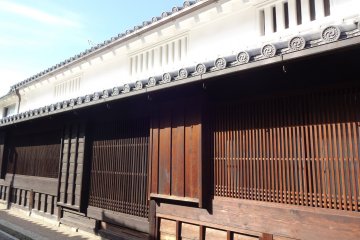 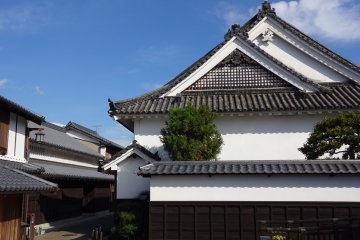 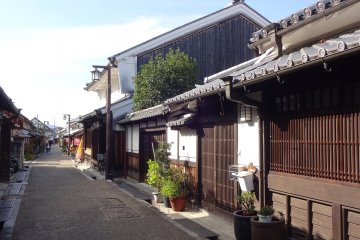 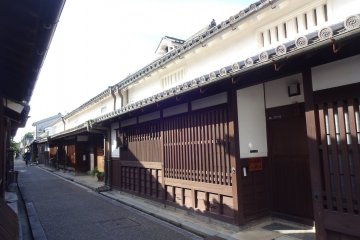 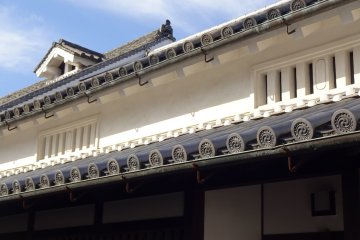 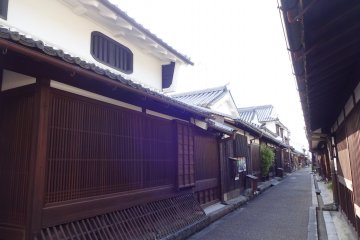 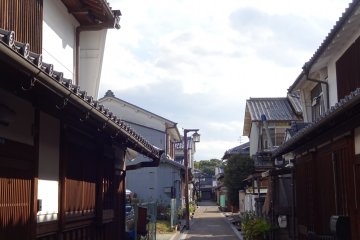