A small gem a bit off the main track

Usually it’s some demented Hanshin Tigers baseball fan who, in a fit of either agony or ecstasy, tosses himself into Osaka's polluted Dotombori, the extant remains of an ancient moat. A couple of decades ago, though, one demented fan wised up and tossed in a proxy instead -- the local KFC outlet’s statue of Colonel Sanders. Some call it the curse of Colonel Sanders, because the Tigers haven’t won much of anything since that fateful day. But there at the bottom of the trench it remained, marinating in the Dotombori’s secret sauce, until just a few years ago, when it was finally hauled out to great fanfare, cleaned up and displayed for a time at the Koshien, the Tigers’ home stadium. All to no avail, though, as the Colonel’s curse still hangs over the Tigers. Now, as a tongue-in-cheek example of Nara University’s commitment to cultural preservation, Colonel Sanders greets visitors to its university museum.

The preservation of cultural properties (bunka-zai 文化財 ) is an important and highly respected field of study in Japan. Combining archaeology with environmental studies and preservation sciences, Nara University’s Cultural Properties department regularly attracts students from all over the country, come to study here in the ancient heartland. The university museum was inaugurated in 2007 as a showcase for the department’s preservation efforts and is open to the public at no charge.

As museums go, it’s a small one, but its modern design upholds the finest standards and its unique focus on preservation efforts gives it its own special value. The gorgeous building is distinguished from all the other campus architecture by its massive glass front, and among the displays you’ll find not only relics of ancient Nara itself, but also the documentation of the Cultural Properties department’s preservation efforts following natural disasters in Japan and of the department’s joint project with the government of Lebanon, excavating and restoring ancient Phoenician ruins in the city of Tyre. Unfortunately, all the museum’s documentation is in Japanese only.

You’ll probably enter the building at the ground floor, but the goodies are all on the second. At the second floor landing, to your immediate left is the admin office of the university’s Correspondence Division, to your immediate right is a classroom used for short-term intensive courses, and at the end of the corridor immediately before you is the entrance to the museum’s exhibition area, where Colonel Sanders awaits.

Enjoy yourself, but please do not lick the displays. As you can see, something in the Dotombori’s murky depths already got to more than just a few of the Colonel’s fingers. 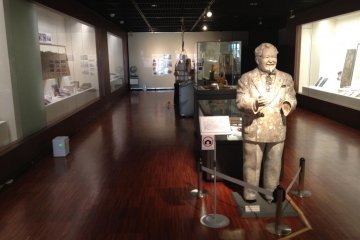 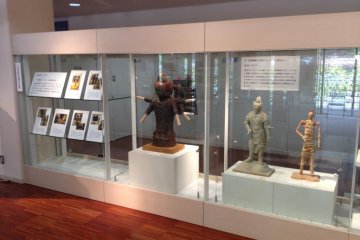 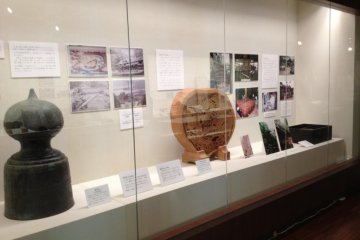 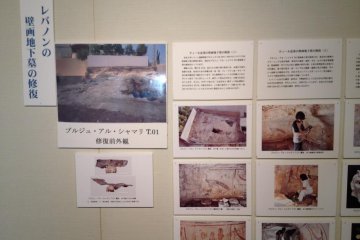 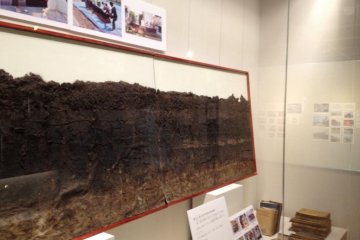 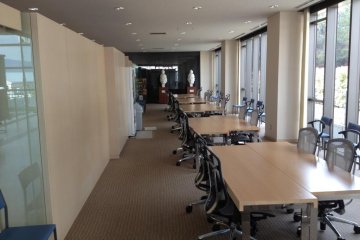