Hyacinths for an empress

Located in a quiet neighborhood and surrounded by paddy fields and gardens is the healing place of an imperial couple: Emperor Tenmu and Empress Jito.

The story of Tenmu and Jito

This temple is closely linked to Emperor Temmu and Empress Jito who reigned in the 7th century. This is the very couple that designed and built Fujiwara Capital nearby!

They played an important role in the development of Japan as a nation. He had great military talent while she was known for her clever political manoeuvring. They are portrayed as a loving couple who ruled the country jointly.

When Jito fell ill, Temmu requested that a Yakushi Temple should be built to pray for her recovery. This is the origin of Moto-Yakushi Temple.

They were a curious couple though, as Jito was actually Temmu’s niece but later became his wife. He had 17 children in total but only one child with Jito, Prince Kusakabe. Another of his sons became a serious rival candidate to his son with Jito for imperial succession. Convincing court nobles to appoint her son must have been a difficult task for Jito after the death of her husband.

Was Temmu a devoted husband who sought help from the Buddha of Healing for his beloved wife? Was Jito a clever intrigant who knew how to get things done her way? In any case, Yakushi must have heard her plea as she not only recovered from illness but her son also got appointed as imperial successor later.

While you are in the area, you can visit their joint mausoleum in Asuka Village, a short distance away from Kashihara.

Yakushi Nyorai, the Medicine Buddha, is one of the most popular Buddhist deities in Japan. After Buddhism reached Japan in the 6th century, several Buddhist deities were introduced. Amongst them was Yakushi, the Buddha for healing ailments of body, mind and soul.

Worship of Yakushi began to spread fast. Devotees included common people and aristocrats alike. Even emperors and empresses sought relief and solace from the “King of Medicine”. Not surprising then, that Tenmu thought of Yakushi as “doctor” for Jito.

Rather than herbal remedies, the medicines he bestows are found in his teachings as laid out in the Medicine Buddha Sutra. This Buddhist text contains the twelve vows of Yakushi as he attained enlightenment.

Yakushi is typically shown holding a jar of medicine in his left hand. He is usually accompanied by two Bodhisattvas, Nikko and Gakko, symbols of the sunlight and the moonlight, as well as the Twelve Heavenly Generals, symbolizing the Chinese Zodiac and guardians of the year you were born in. Now, is this is not a potent alchemy for healing?

Temple then and now

Commissioned by Tenmu in 680, at the same time as the Fujiwara Palace, the temple compound was laid out in garan-style. Garan is a sacred precinct that consisted of a Main Hall (Kondo) flanked by two pagodas, one in the East (Higashi no To) and one in the West (Nishi no To).

This Yakushi Temple was later transferred to Nishino-kyo, now Nara City. Since then the original site of the temple in Kashihara is referred to as Moto-Yakushiji (‘moto’means original) and the one in Nara is called Yakushiji.

Due to this transfer, nothing much has remained from the former temple, now in the Kidono neighborhood of Kashihara City. We can now only see several large foundation stones and two earthen mounds where the pagodas once stood. The size of the remaining stone foundations indicates that the temple buildings that rested on them must have been quite impressive.

Where once the main hall stood, there is now a private residence set in a grove; only a stone pillar next to the house reminds us of the former Yakushi temple here.

Opposite the house there are some interesting statues of stone monkeys, one seems to be male, the other female. This is a monument dedicated to the worship of Koshin, a deity of Taoist origin that sparked a folk belief in Japan. Worship of Koshin has started in the 9th century, after the Yakushi temple had already been moved to Nara, and it was particularly popular during Japan’s feudal period.

Visitors now come here mainly in summer and early autumn to admire the fields of water hyacinths which stretch out all around the former temple district. If you stand on top of the two earthen walls, which are now located in the middle of fields, you get a great view of the hyacinths in full bloom.

It is probably pure coincidence that they were planted here for ornamental reasons but still, the cool-blue color of thousands of hyacinths is a soothing side on a cool summer day.

Moto-Yakushi Temple is a 10 minutes walk from Kintetsu Unebogoryomae Station.

Alternatively, rent a bicycle at Kintetsu Kashihara Station or Kintetsu Yamato-Yagi Station and cycle here. You can combine your visit with a trip to the Mausoleum of Emperor Jimmu at the Kashihara Jingu Shrine. 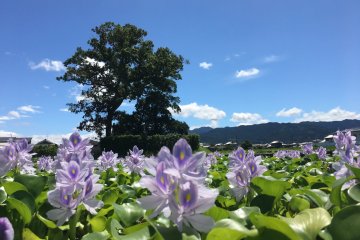 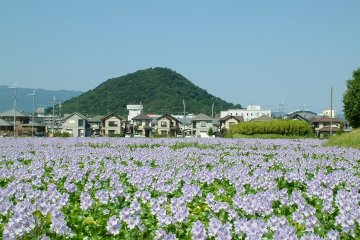 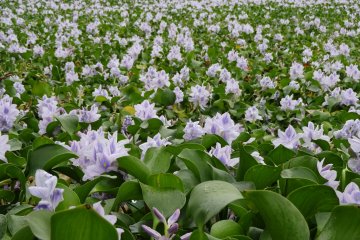 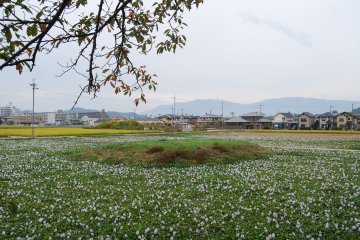 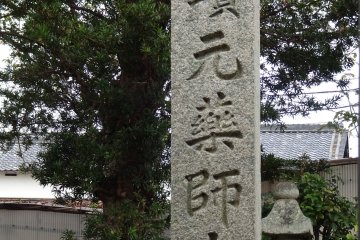 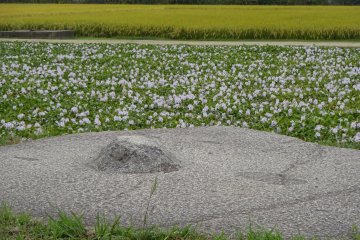 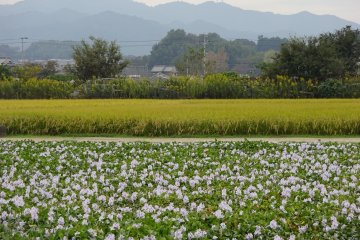 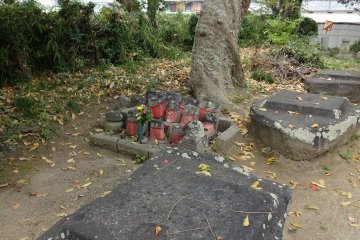 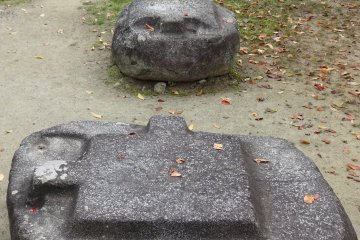 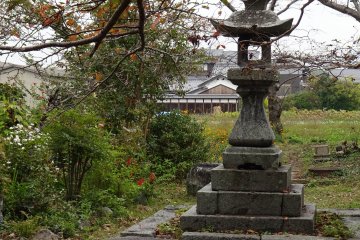 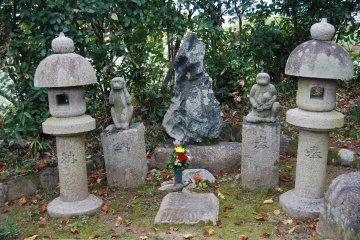 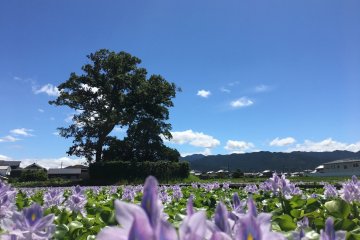 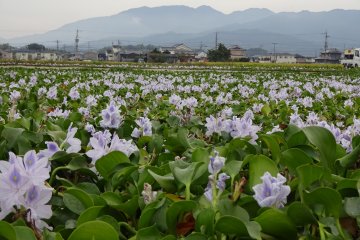