The ground that the trail traversed grew narrower and increasingly rugged and rocky. The slopes on either side of the ridge became more and more sheer, and the tree and plant cover of the forest thinned granting better and better views of the cliffs to north with each step. The forest finally gave way to the rocks entirely and I stepped forth onto a bare clifftop for an unobstructed view of the area. One blink of the eyes later and the set of the movie “Avatar” was realized.

A poster at a train station showing a picture of two hikers on a rocky clifftop that had nothing more than a low wood stake and chain barrier separating them from the drop caught my attention. “Odaigahara” was written in large kanji characters across a part of the poster. It was so spectacular that I knew I had to get myself to the Odaigahara. A business trip to Kamikitamura Village, the area where the Odaigahara is located, allowed me the opportunity I was hoping for.

Emerging from the car was wonderful after the long and winding 28 kilometer drive from central Kamikitayama-mura. The temperature down in the village had been upward of 30 degrees Celsius. The temperature in the parking lot of the Odaigahara, at nearly 1,600 meters in elevation, was close to 10 degrees cooler, and there was a refreshing crispness to the air that made just being outside wonderful. The people I was with knew the area and led the way out of the parking lot and into the trees toward the Odaigahara’s most famous site, the Daijakura Cliff (the picture from the poster). I’ve hiked in mountains all over Japan, but only in the highest reaches of the Northern and Central Japanese Alps or in the deepest most difficult to access reaches of Nikko have I ever experienced an area as fresh and wild feeling as the Odaigahara. The paths and walkways were as well developed, signed and maintained as many of the most popular paths in Nikko, but my group passed fewer than 10 other people on our hike. The trail also had little in the way of elevation change making it an easy enough walk for families with children. The trail passed through wild primeval forest and open grassy and meadows. We were even able to see a few herds of deer. They weren’t anywhere near as used to people as those in Nara Park are, but they didn’t run away when the trail took us toward them, and they stayed close enough to the trail to allow for several good photos.

Views of the cliffs next to the Daijakura Cliff through the trees raised my anticipation as we approached the Daijakura, and when at last the end of the world came into site (quite literally) my expectations were vastly exceeded. The cliff overlooked a fang of a mountain just down and into the valley from where I stood, the highland area of the Odaigahara wrapped around to the cliffs on the right (to the north) and then continued around to the mountains on the other side of the deep river valley in front of me. From there the valley and the mountains on either side ran south (to the left) as far as the horizon and the light from the afternoon sun would allow my eyes to see. The sound of rushing water alerted me to the presence of a waterfall, hidden from my view, in a valley on the far side the neighboring cliffs, but I spied 2 waterfalls pouring out of the forest and over the cliffs of the Odaigahara and tumbling to the Higashinokawa River over 3,000 feet in the valley below. I was reminded of the mountain scenes from “Avatar,” “the Last Air Bender,” and the overlooks that the characters of the “Land Before Time” series always ended up surveying a coming adventure from. Even my now 5 year old memories of the view from the summit of Mt. Fuji took second place to the view offered by the Daijakura.

When we had drank in as much of the Daijakura as we could, my group started the trek back toward the car. We took a long detour through the Masakigahara meadow and over the Masakigahara Pass to Hidegatake Mountain and its observation platform. The route took us back and forth across the Nara-Mie Prefectural Border and through a forest of bone white trees that had been toppled or killed by a typhoon in the ‘70s. The perspective afforded us views over the surrounding mountains and all the way to the city of Owase many miles away on the coast in Mie Prefecture and the Pacific Ocean stretching beyond that. Words fail to adequately capture the grandeur of the scenery. My only regret is that the light was fading and there were clouds and haze limiting how far one could see. I cannot wait for a future opportunity to visit the Odaigahara again. 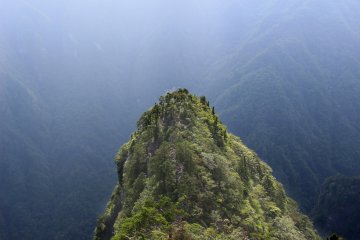 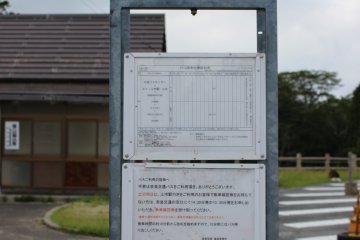 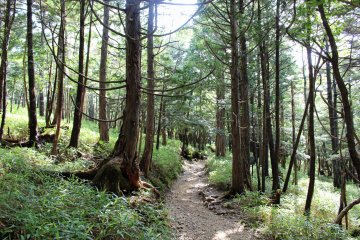 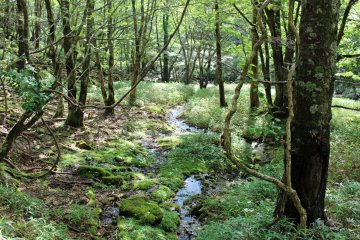 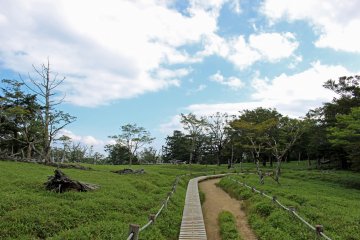 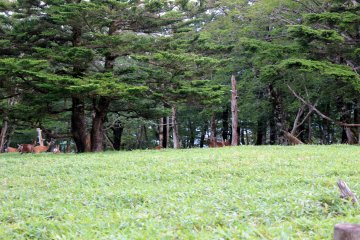 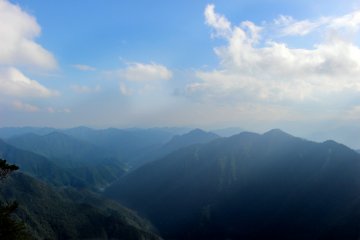 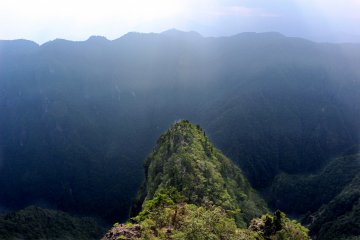 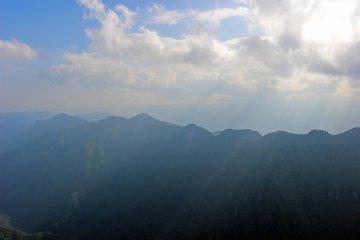 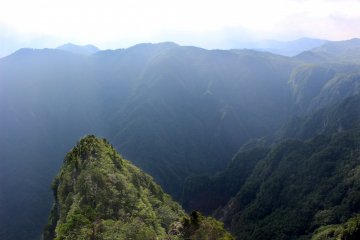 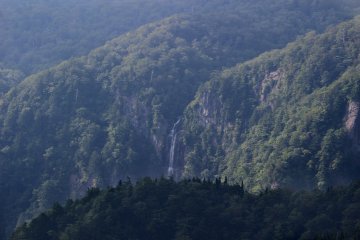 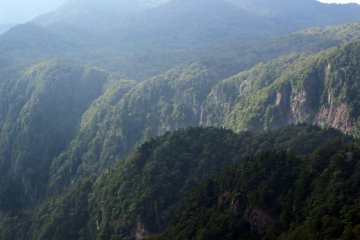 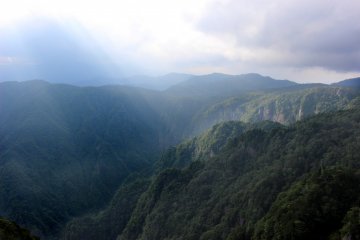 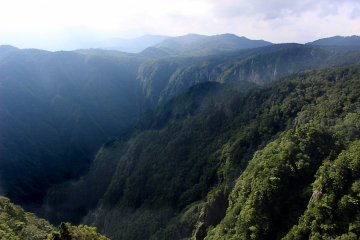 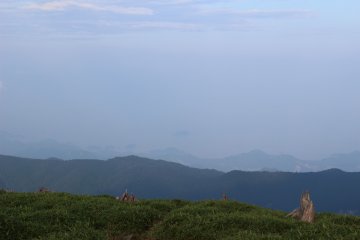 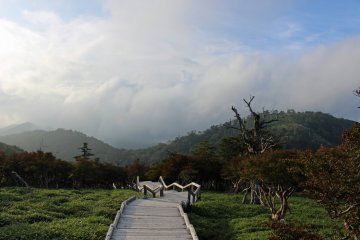 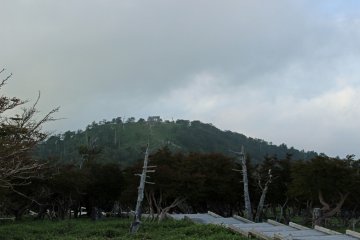 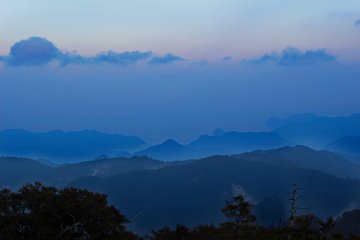 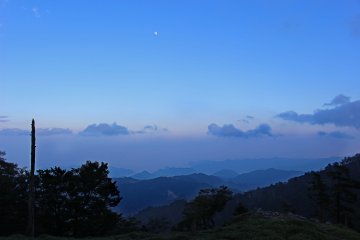