A scrumptious hit of nostalgia

I’ve never been to China and have therefore probably not had the authentic Chinese food. I do remember very well what we in America think it’s supposed to taste like, and the environment of the restaurants that it usually gets served in. I’d had a craving for Americanized Chinese food that went unfulfilled for a long time. My craving has now been well fulfilled by the excellent Tokokuro.

Tokokuro is a chain of Chinese restaurants, and hotels with locations spread across Osaka and Nara City. Walking into the Tokokuro Healthy Garden Store in Shinomiya in Nara was a shot of nostalgia. The architecture and the décor of the interior recalled strongly that present in Chinese restaurants I knew from back in the states, albeit with an upscale difference. Tokokuro is not the budget establishment many US Chinese restaurants are and that’s reflected in the plushness of the carpet, the seat and bench cushions, and the bright and well matched color and lighting schemes that at once give both a Mediterranean French and New York Hamptons classy feel.

Dinner began with a drink called “yakuzew,” meaning medical drink. It’s made from a mix of karasu (crow) plum juice, mountain vegetables, ginger and juice from a couple of other fruits. It reminded me slightly of the Ukon no Chikara that many in Japan drink to ward off a hangover only it was sweeter, smoother and far more refreshing to drink. A plate of sliced chashu pork with sweet beans was the first food item to be served. I was surprised by how much less fatty and oily this chashu was. No where near as salty as the chashu in ramen, and just a little bit sweet, enough to provide an easy contrast to the beans and the natural flavor of the pork.

The next bowl was a treat for me and one of the dishes I’ve most craved while being in Japan, hot and sour soup, or “sanratan” as it is read in Japanese from the Chinese writing. Warm, thick, hitting the tongue with a spice like black pepper, packing a bit of tofu skin and other vegetables and topped with parsley (nice garnish that), it satisfied my taste buds as no other food has in a long time. I definitely ate more than my fair share but thankfully my host was pleased by this.

Red chili shrimp followed the hot and sour soup. The freshness of the tomato chili sauce was perfectly apparent. Tokokuro doesn’t mess around with ketchup, a professional chef sources the tomatoes from local farms wherever possible and makes the sauce in house. A little bit spicier or a tad different seasoning and it would have been a very close Chinese approximation of my mother’s spicy pasta sauce.

Hong Kong style shu mai, which we don’t have in the US, and fried spring rolls, which we do have, followed the chili shrimp and were every bit as good as they looked and smelled. The shu mai was warm soft and flavorful and the spring rolls crunchy on the outside and the vegetables inside still had a little bit of crunch to them. The homemade chili oil and spicy yellow mustard completed the package.

The host served us a slightly fruity white wine and then swapped it out for a full bodied red when the final main course came out. Black vinegar pork seems to be a popular dish at Chinese restaurants across Japan and Tokokuro has its own way of doing it better: full pan-fried pork spare ribs with the homemade black vinegar sauce poured over the top and served with a few fried noodles and steamed bread. The scent of the sauce and the meat was drool inducing and lived up to what one would expect from something that smells that good. The sauce was savory and tangy and the meat so soft and tender it melted off of the bone and into my mouth. I was so happy with it that I endeavored to put away a second serving into my already full stomach (letting food go to waste, especially food that good, is sacrilege).

I cannot stress enough just how tasty Tokukuro’s food was and how pleasant the dining experience is. It is a higher end establishment and it proves its worth at every bite. If I had the money I would eat there every week. Happy Travels! 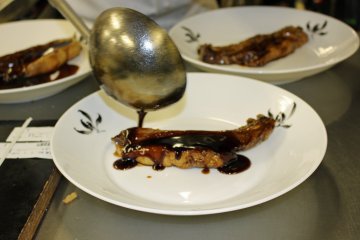 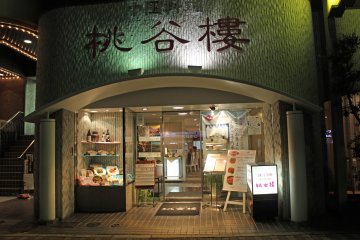 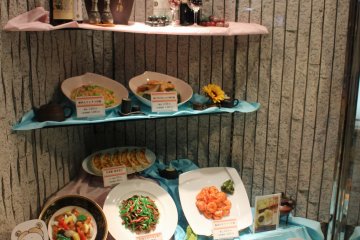 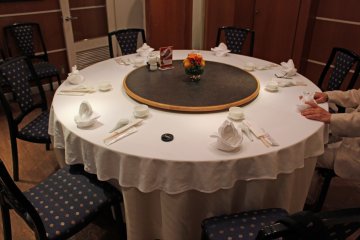 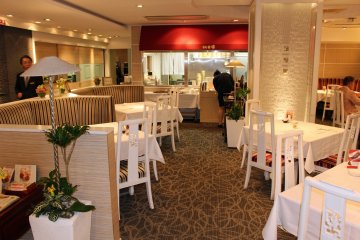 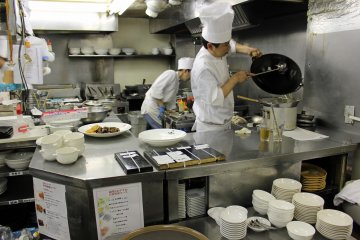 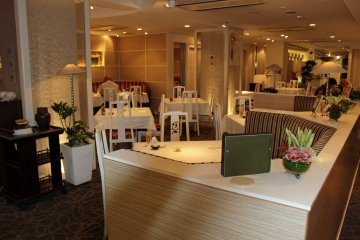 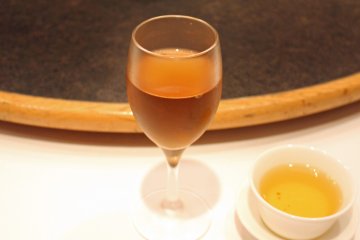 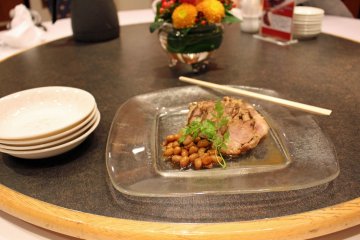 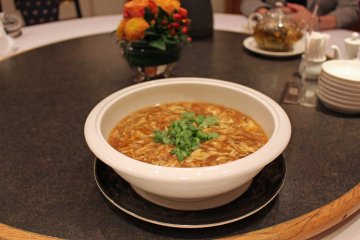 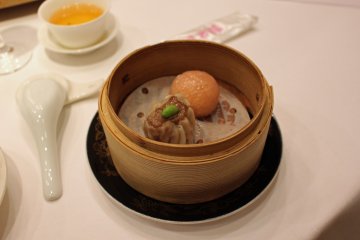 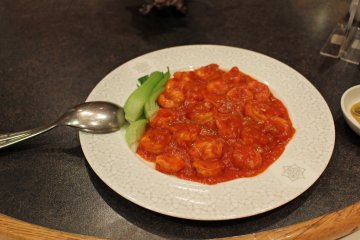 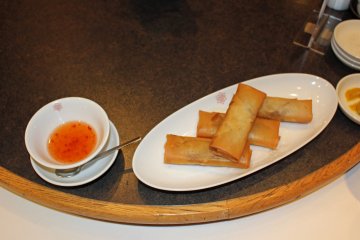 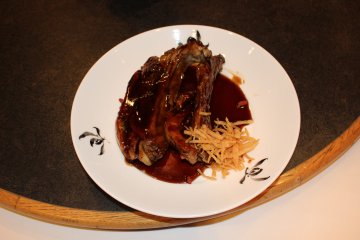