A leg of Japan's oldest road

Yamanobe no Michi is a hiking trail which runs north to south on the eastern foot of mountains in the Nara basin. The path was originally part of the Shinkaido, or "new road", a 1,679 km long route originating in Edo,  or present day Tokyo, and is recognised as Japan's oldest road. This part of the road starts near Hase Temple (Hasedera), passes through Sakurai and finishes up north of Tenri city towards Nara city. I was able to imagine what it was like two hundred years ago, as travellers hiked through the woods and over small rivers while admiring the verdant scenery. It is believed to be a mountain residence of gods, and is currently enjoyed by visitors as a walking course. Along Yamanobe no Michi, hikers can discover many temples and shrines, such as Isonokami Shrine, Chogakuji, Sumo Shrine and Hibara Shrine, as well as ancient tombs e.g. Fusumada Mausoleum, Emperor Sujin Mausoleum and Keiko Mausoleum. To complete Yamanobe no Michi from Sakurai to Tenri takes about four hours total, and for that reason it is recommended that visitors start from either JR, KintetsuTenri station, or JR Miwa station, and have rests along the way to maintain a flexible pace. There are JR stations along the way to take you back to your starting point, or to allow you to skip some parts. Some of the shrines that you may encounter when walking along the Yamanobe no Michi include Omiwa Shrine, as well as lesser known shrines such as Yatogi Shrine, Izanagi Shrine, Hakusan Shrine and Anasenimasu Shrine.

Go to Kintetsu Sakurai station (about four stations by local train from Yamato Yagi on the Kintetsu Minami Osaka line, connects with trains to Kyoto, Nara and Kashihara Jingu Mae), get off at Sakurai and change to JR Sakurai station, which is in the same building. Buy a ticket to JR Miwa station, which is one stop from Sakurai.As you leave Miwa station, walk about 100m until you come to a sushi shop with the sign 寿司 and turn right. Walk to the end of the narrow street and then turn right again. Cross the railroad tracks, and you will see the Omiwa Shrine torii ahead of you, about 200m up from the railway line. You can spend a good hour walking around the grounds of the shrine, as there are several other shrines within the grounds. As you walk through the grounds, you may see a tent with a bronze rabbit perched on a stand. This rabbit is called Nade usagi (stroke-rabbit). If you stroke or rub the rabbit, it is said to bring you good luck or good fortune. If you go to Sai Temple at the back of the shrine complex (follow the signs saying 狭い神社), you will see a large pond (Shizume Ike) filled with goldfish. To the left of the torii is the entrance to the Yamanobe no Michi trail. The time it takes to reach the first temple (Hibara Shrine, about 1.5km away) is roughly twenty minutes. From there, it is another 1-2 km walk to the next shrine (Sumo Shrine, said to be the shrine of choice for sumo wrestlers). On the day I walked there, I went as far as Sumo Shrine, and then about 1km down to Mukaimaki station. If you walk the whole distance to Tenri, the final stretch to Tenri between temples is about 6 km and takes about two hours, so it's best to pace yourself well and not overdo it. I will add, that on the way down to Mukaimaki station, there are a lot of orchards that sell mikan, a type of Japanese orange. They use the honor system where you put 100 yen in the box provided and take a bag of mikan, or sometimes yuzu citrus and lemons. On the way back to the station, I came across an unusual and unique shop where they make o-mochi, a type of pounded rice cake traditionally eaten by Japanese families at New Year. O-mochi is usually toasted in the oven and covered with shoyu, or soy sauce. Most are made of plain rice, but the shop also has some ebi, or shrimp-flavored, o-mochi as well. When I asked the shopkeeper how much rice he goes through in a day, he said he goes through about 20 or 30 30kg sacks, or at least 600kg before the New Year rush.

I think I will try to do the rest of the walk in stages, but it was good to get out in the fresh air and walk down the centuries-old road. 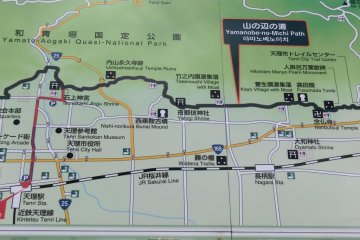 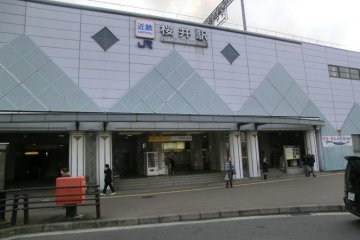 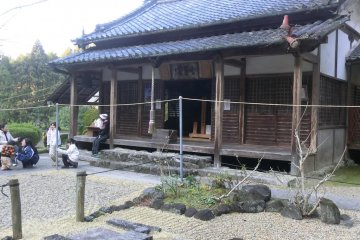 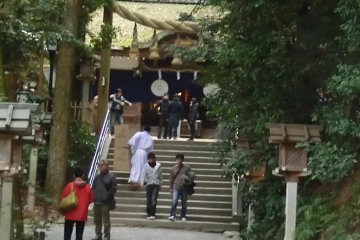 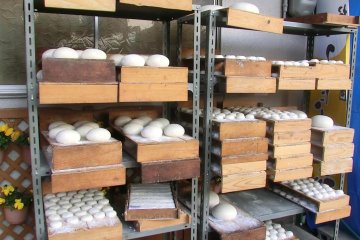 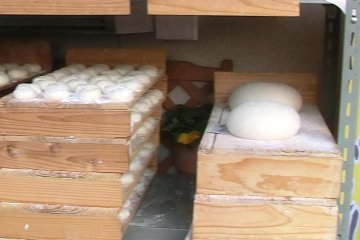 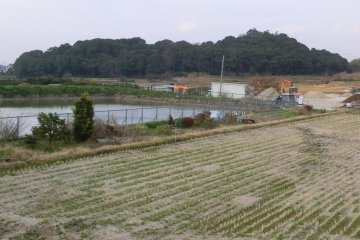 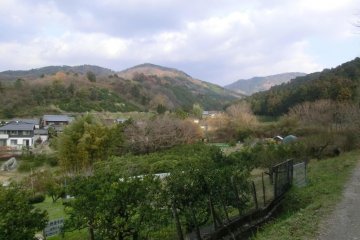 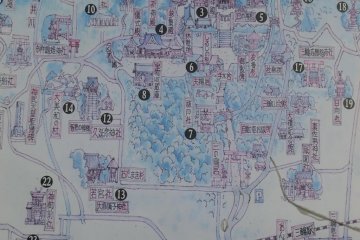 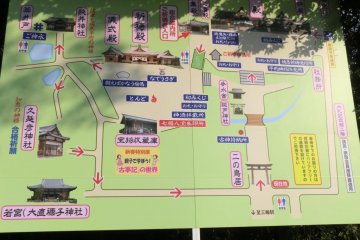 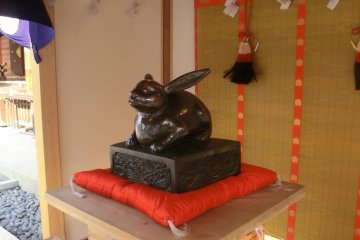 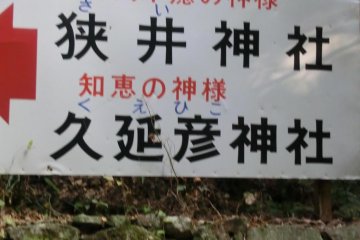 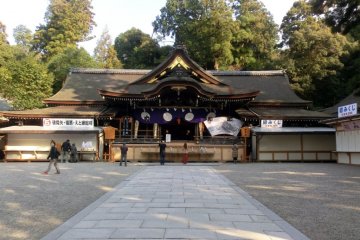 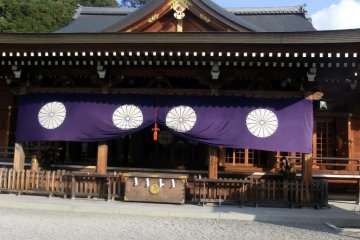