Geisha entertainment on a budget

Niigata’s geisha are not some illusive creatures like geisha in Tokyo or Kyoto but visitors can actually get close up and watch one of their excellent geisha dance performances, and even take a photo with them.

During the Edo Period, when Niigata was already a flourishing port town, the Furumachi district was a center for geisha entertainment. By the beginning of the 1940s Furumachi had become one of the main three geisha entertainment districts (hanamachi) in Japan. As such it was competing with well-known Gion in Kyoto and Shimbashi in Edo.

Today the Furumachi area is found around Furumachi Street, flanked by Nishibori Street and Higashibori Street. Although much of the old charm is gone, Furumachi has preserved its geisha tradition and there are still some restaurants where those customers who can afford it are entertained by geisha. The geisha of Furumachi are actually called "geigi" and their long tradition dating back 300 years shows in their accomplished entertainment skills.

If you are keen on meeting some geisha but at an affordable cost then your best option is to attend one of the "Furumachi geigi" events regularly organised in Niigata.

This month, March 2012, for example, a series of 15 lunchtime events are organised. One can enjoy a "ryotei" lunch while getting entertained by Furumachi geigi. Dates and places are published on the event website.

Ryotei are luxurious Japanese restaurants that traditionally only accept new customers by referral. They typically feature geisha entertainment and they are considered to be “secretive” places where high-level businessmen and politicians meet.

At this event performances by three geisha, one plays the shamisen and two others demonstrate some geisha dances, will last for 1.5 hours from 12:00 to 13:30. You can take photos as you like and at the end of the performance the geisha are happy to pose for a special photo with you.

A reservation in advance is necessary. Please call the Niigata Visitor and Convention Bureau (NVCB) from Monday to Friday 10:00 to 16:00 at this phone number: 025-223-7041 (Say "Furumachi geigi event" and ask for an English speaker, if necessary), or email: chiiki.c@city.niigata.lg.jp

Granted, these performances are for tourists but at yen 4,500 per person, including a luxurious lunch, you get excellent value for money and a glimpse into a world that is usually hidden away. 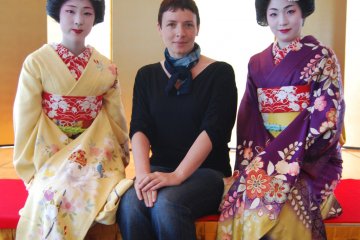 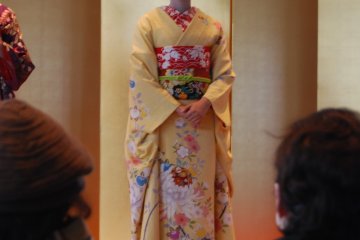 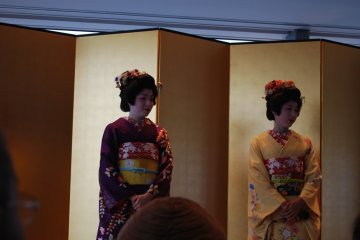