Some parts of the tunnel are reinforced with wooden frames (Photo: Kenny King Hin Choi)

Glorious history of a secluded island

The Sado Gold Mine was discovered in 1601. Gold veins spread east to west for more than three kilometers and north to south for more than 600 meters. The deepest pit is around 800m below ground. The Meiji government took over operation of the gold mine in 1869. However, by the end of the 19th century, Mitsubishi Company had bought the mine and it was in operation until its closure in 1989.

To reach the gold mine, you will have to reach Aikawa first, accessible from all three ferry ports on Sado Island. But public transportation from Aikawa to the site is not so convenient. Buses only run a few times a day. The alternative, which is not a bad one at all, is walking. It takes about 25 minutes to walk from Aikawa central bus station to the entrance of the Kinsan Goldmine, with very nice mountain views along the way.

There are two visiting tours, which could be done separately. The Sodayu-koh mining course lets you experience how the mine actually functioned. A few meters down from the entrance of the tunnel, information and history of the mine are given. Life-size figures demonstrates the routine of working in the mine, which included how employees rested, ate or moved along the tunnels. Workers had different titles according to their responsible tasks. Their tools are also labeled. (English explanations are available.) At the end of this tunnel course, a museum provides more information on the whole process from gold mining to gold coin making, which involved a lot more people working outside the mines for refining, qualifying, transporting and minting the gold. A model shows the extensive underground tunnel network that is connected to the nearby sea.

The other tour, Dohyu-Koh course, is less informative, yet no less inspiring. After passing through a long tunnel and a storage room for sake, there is a factory and storage facility where heavy machinery and other mining equipment are displayed. Railways tracks lead from here into the tunnel for transportation of people and materials. An underground elevator stands between the factory and another tunnel. But don’t forget to turn back to the previous tunnel exit, where there is a path going up to the Dohyu-No-Wareto, the huge open mining pit, which was opened up during the Edo Period and is the symbol of the Sado mining site.

Back down the slope and past the factory, a small platform grants a nice view of the mountain above the huge pit which looks as if it was hacked by an axe right in the middle. On the opposite side you can see the small valley and a factory below. The mountain directly opposite is where the first gold vein was found. The next tunnel further, used by carts until the closure of the mine in 1989, leads either on the left to the exit or on the right back to the underground elevator next to the factory and the exit of the first tunnel.

In addition to this amazing mine site, there is a lot more that Sado Island offers. Be sure to take time to explore!

Find out more about Sado Kinzan. 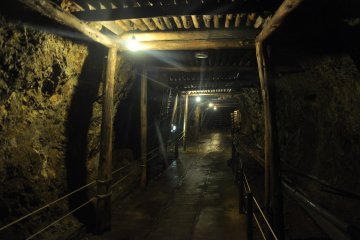 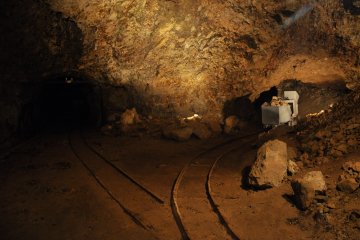 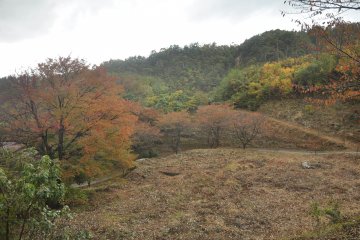 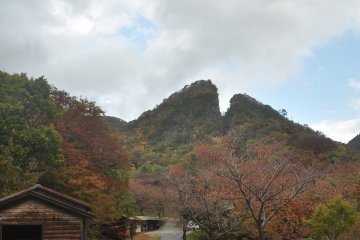 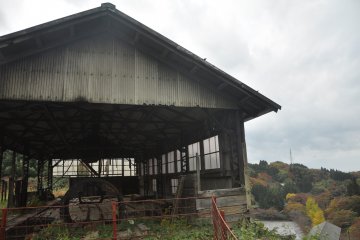 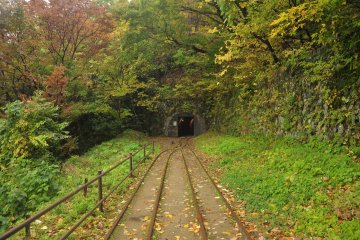 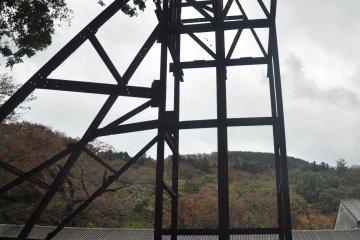 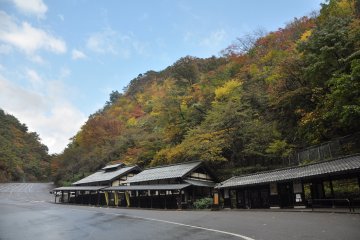 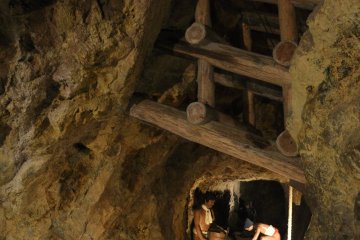 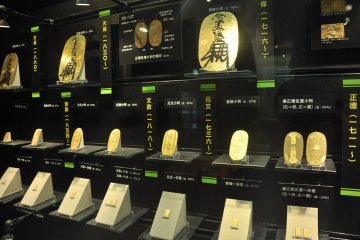