The lobby of the hotel (Photo: Tomoko Kamishima)

The Italia Ken Hotel in Niigata

The Italia Ken is a long-established hotel, located in Niigata city’s famous old district, Furumachi. Now it is under the umbrella of a major hotel group, but it still keeps its unique flavor from the good old days of Japan’s Meiji period (100+ years ago).

There are three main bustling streets in the city of Niigata: the area around JR Niigata Station, the Bandai area near the beautiful Bandai Bridge which crosses the Shinano River, and the old tasteful downtown area of Furumachi. The station area is convenient and provides easy access to most places in the city. Here, you will also easily find reasonable hotels. But if you would like to know the real Niigata and discover the original flavor and atmosphere of this old port town, the Furumachi area is your best bet. And The Italia Ken is in the middle of it!

So, where is Furmachi exactly? First, open a map of Niigata city and find the Shinano River. North of the station, there is an island, Niigata Island, connected to the mainland by a few bridges. JR Niigata Station is to the south of the river, and Bandai Bridge is on the street from JR station crossing the river. Cross over the river and follow the street north until you come to the very tall and modern NEXT 21 building. It stands boldly in the center of this area. Then, locate Hakusan Shrine on the map. All addresses here are numbered starting from this shrine. The closer to the shrine someplace is, the lower the number. The street west of bustling Furumachi is Nishi-bori (West canal) and the street to the east is Higashi-bori (East canal). Now you can’t lose your way if you know the street name and number of the block.

The Italia Ken is located at Nishi-bori 7. The NEXT 21 building and Mitsukoshi Department Store are at Nishi-bori 5. The city’s high-class Japanese restaurants are gathered around Furumchi 8-9.

Before it became a hotel, The Italia Ken started off (in 1874) as a small all-purpose grocery, managed by an Italian resident, Pietro Migliore. In those days, Japanese followed the Buddhist teaching that eating meat was an impure act. And so it took time for his business to grow. But the governor of Niigata, Masataka Kusumoto, supported Migliore and his shop and showed a positive attitude towards the eating of meat and other western cuisine. Dr. Ton Takeyama, a respected Niigata physician, strongly recommended that people should take beef and milk from a dietetic point of view. His business started to expand.

But one day a fire started in the center of Niigata. Migliore lost his shop. He wanted then to leave Japan. But many people in Niigata encouraged him to stay. He was well-liked and was called “Miora-san” as a sign of their affection. Migliore decided to stay. In 1881 he opened an authentic western restaurant, named The Italia Ken. He was proud of his new restaurant. It was a gorgeous three-story building that attracted everyone’s attention.

So, how did Migliore first come to Japan? It is an interesting story! A French circus, ‘The Soulier’, and its troupe, visited Japan for the first time in 1871. They traveled to, and performed in, a number of cities in Japan. Their second visit to Japan was in the spring of 1874. They set up their tents first in Asakusa, then Yokohama in April, and eventually moved on to Niigata in May. One of the cooks for the troupe was Migliore himself. Yokohama’s Mainichi Shinbun Newspaper reported that:

“They performed under a big tent which was about 80 meters in diameter. Men and women dressed in brilliant costumes, danced and jumped around in the air on ropes, passed through a ring, and quickly turned on the horses. It was just amazing!”

But Migliore somehow suffered a severe disease or injury while in Niigata. He couldn’t move. Soulier finally had to leave him in Niigata, alone. He couldn’t understand the local language, didn’t have any money, and didn’t know what to do. Feeling sympathy for him, one of the circus helpers in Niigata, a certain ‘Gonsuke’, and his daughter Osui, took care of him. A few months later, Migliore recovered and began the grocery business and then restaurant with Osui. Osui helped him and they worked together for quite a while, but only until she was sure he could run things by himself. In 1912, Migliore sold the thriving Italia Ken, and finally returned to Italy. He passed away in November 1920, in his hometown, Turin (Torino).

When you are in Niigata, please enjoy the beautiful Furumachi and Nishi-bori Street, and think about this Italian guy who lived so robustly in Niigata, 100+ years ago. 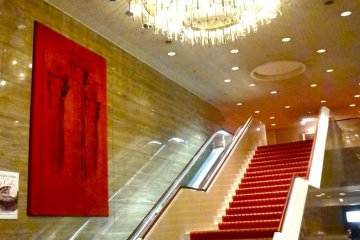 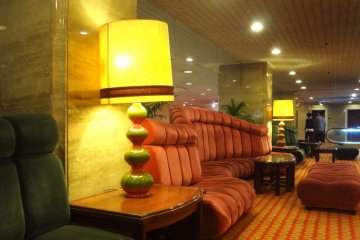 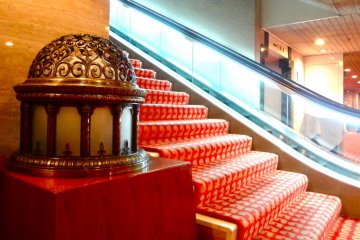 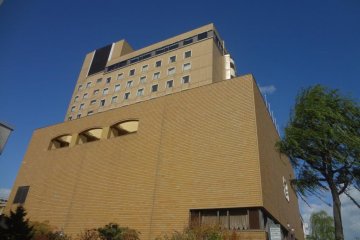 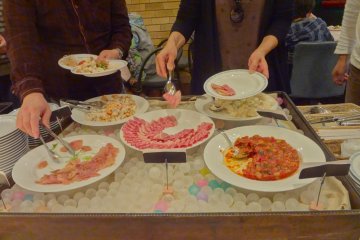 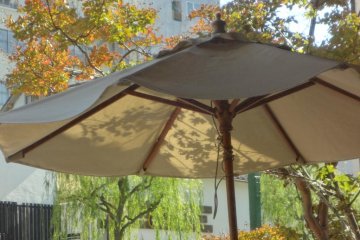 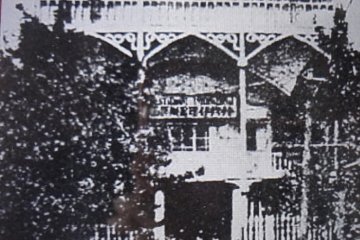 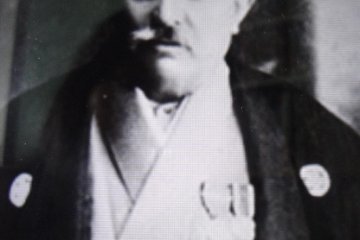 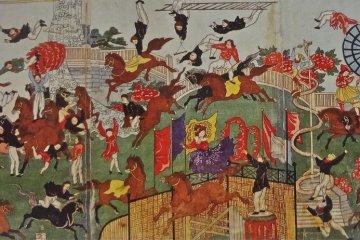 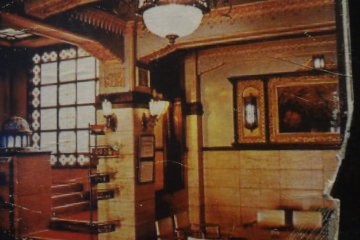 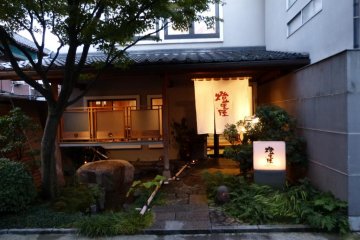