More than sake and snow

Tochikubo Village, like the nearby Yuzawa, is known around Japan for its rice, sake, and of course, the snow that blankets it in the winter. But what happens to the "Snow Country" in the summer?

Like many other rural Japanese villages, Tochikubo struggles with the issues of depopulation and aging – there are only about 170 residents, and a plurality of them are elderly. However, this village also has many young families, including one that has just had a baby.

The elementary school has 12 students, but many residents resist the idea of merging it with a larger school, as activities such as the sports festival bring the community together in a way that few other events do. In spite of the small population, the sense of community here is strong.

Untouched by tourism or development, the air in Tochikubo is clean and refreshing. The heat is not as oppressive as it can be in other parts of Japan as well - at least, not at this point in the summer. The snow remains in the forest and under shade even at this point in the year, showcasing both the mildness of the summer and the intensity of the winter.

Collecting mountain vegetables is another feature of life in Tochikubo. Kogomi (fiddlehead ferns), for instance, are abundant at this time of year, and are delicious when boiled. The ability to self-sufficiently gather food is something that many villagers take pride in.

Tochikubo is also the main base of operations for a non-profit organization known as Ecoplus. Founded in 2007, the organization runs programs to promote village revitalization and environmental education.

Through activities such as rice planting in the early summer or maintaining wildlife preserves in the fall, Ecoplus enables anyone who is interested, including those with little or no Japanese language ability, to experience a glimpse into rural life.

This is all to say nothing of the spectacular views one can see. Whether driving a car is an option or not, going to the highest point of the village is an incredible experience; it is possible to view the entire village as well as the neighboring Minamiuonuma.

Tochikubo is in a valley, so mountain scenery is constantly in the background. But sometimes, particularly at sundown, the imagery becomes breathtakingly beautiful.

Sake and snow are unquestionably important cultural aspects of Western rural Niigata. But the rhythm of daily life in Tochikubo, centering on the rice crop, the mountains, and community, is just as important. These facets of life, perhaps less-frequently discussed, provide a fascinating insight into the realities of life in rural Japan. 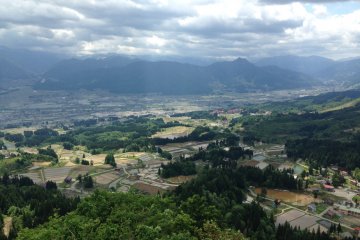 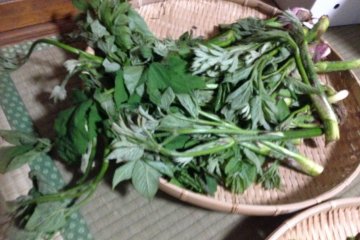 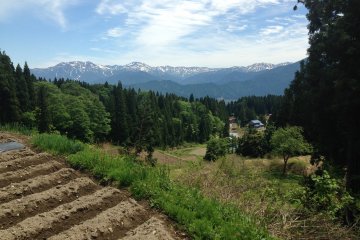