Coming from England I have always enjoyed the beautiful game, football. I like to have a kick around with friends or watch from the stands cheering on my favorite team. In my case, the team in question has always been Barnsley, languishing almost eternally in the second tier of English football.

When I moved to Japan, I planned to follow a J League team, hopefully one more successful than the team that have caused so much joy and pain over the years back home (mainly pain to be honest!). Imagine my delight, when I moved to Okayama and found out they have their very own J League team, Fagiano Okayama. Imagine how this delight increased when I discovered their standing in Japanese football...languishing eternally (since they joined the J League in 2009) in the second tier, J League 2. Oh, wait a second...

It has taken me two and a half years to finally get around to watching my adopted team. Despite my tongue in cheek introduction, I didn't leave disappointed. I arrived at Kanko Stadium just before kick off, quickly purchasing one of the cheapest tickets, 1500 yen on the day, less in advance. This allows you entry into the unreserved section, which covers most of the stadium, except for more expensive areas in the main stand, ranging in price up to 3500 yen.

To begin with, I took up a seat in the corner of the main stand. The first thing I was taken by was the atmosphere in the place. There were lots of families and people just there to enjoy the football, in particular I noticed the section directly opposite from where I was sitting.

Towards the edge of the uncovered stand were a group of supporters, a sea of red and purple, the sacred colors of the team. They were constantly jumping, singing, banging drums and having a good time, I decided to go and join them. It's easy to walk from one stand to the other within the unreserved section, a freedom that is no longer possible in many grounds in my home land, due to a history of crowd trouble and commercialization.

When I arrived in the die hard fan's section, I noticed they were being lead by one man. Occasionally whistling and clapping, mainly shouting through his massive megaphone and keeping the crowd going. They didn't need much encouragement, constantly singing an array of songs, some of which were simple enough to join in on.

The game finished 3-1 to the home team. The players, along with mascot Fagimaru-kun, came over to thank the fans for their support and everyone left feeling happy.

The standard of football may not be the best, but it was a great day out. We were able to enjoy some food and drink on the stands, cheering on a local team in a friendly, welcoming atmosphere. It reminded me of watching football in the Brazilian mecca the Maracana in Rio. The standard of football wasn't the best on that day either but the atmosphere was. With around 7000 fans it was certainly a scaled down version, but I for one will be back to see Team Fagiano! 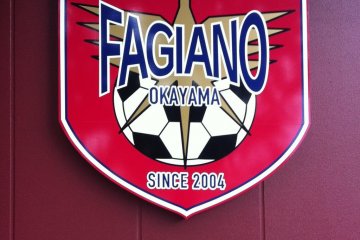 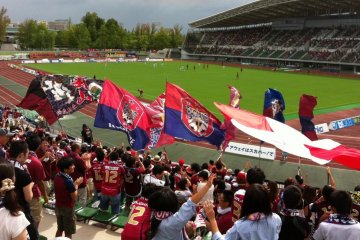 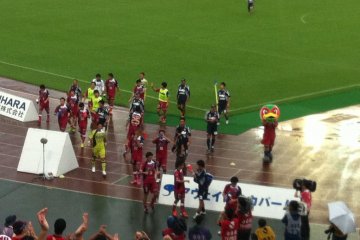 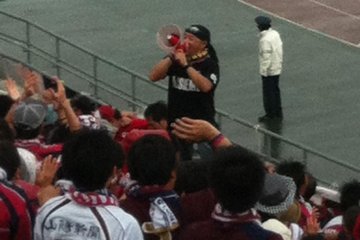 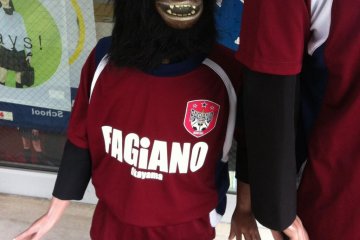 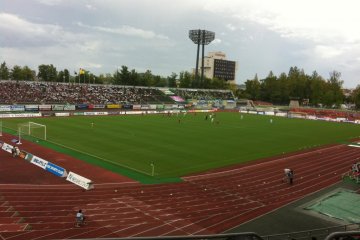