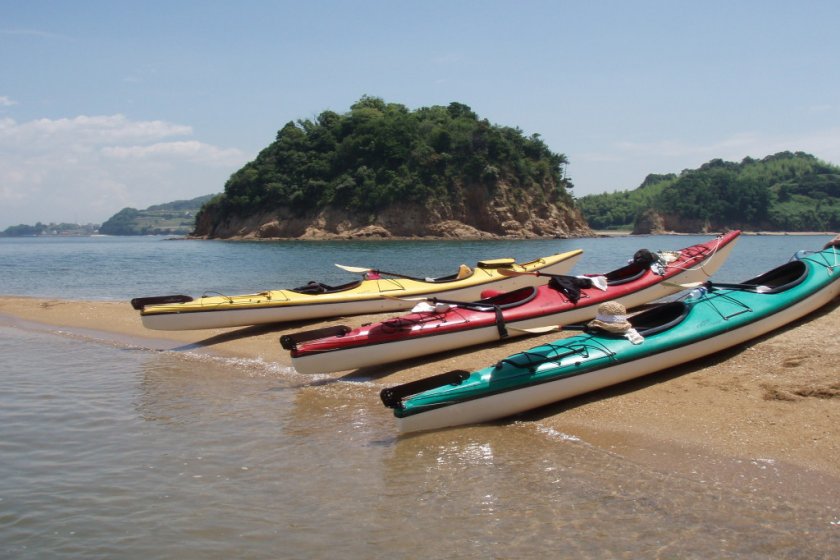 At the top of the mountain, we can see over the beautiful sea of Ushimado, there is a pension called “Kuroshiomaru”, part of Ushimado Pension Village. You can feel a comfortable breeze from the ocean.

The owner of Kuroshiomaru, Shoji Nagata, is from Kobe. When he was 17 years old, he came to Ushimado. After his father passed away suddenly, he inherited this pension. He said, "this was the only good choice to make". But his sunburned face looks so happy and he really enjoys his life in Ushimado.

When he was young, he made his friends by offering yacht rides. But he wanted to hang out with his friends more. He had been looking for some other activities. Windsurfing was popular at that time, but he found it difficult for amateurs. After a while sea kayaking came into fashion. He thought that's it. To move forward he added kayaking, people just paddle by themselves. It's easy to control besides people can ride just as they want. If you want to stop and stay in the middle of the ocean and listen to the sound of the wave, you can do it. Another attractive feature is to be able to float very close with the surface of the sea. You can feel a sense of unity with nature.

He began to teach how to ride sea kayak as a pension's optional tour. Now he has one-day tour, many people not only in Okayama but also from Kansai area and overseas, come and stay here in Kuroshiomaru to enjoy sea kayaking.

One-day sea kayak tour to uninhabited island takes 3 hours. A schedule of a sea route or destination can be changed depending on the weather and tide. When I went to interview, he and 4 visitors were paddling in the beautiful sea in perfect weather. On that day, they paddled about an hour and arrived in Kuroshima island. There they enjoyed taking a nap or eating sweets, of course they swam in the seashore. It didn't happen that day but sometimes you can see the ocean animals like finless porpoise (sunameri) or sting ray (tobiei) during the tour.

If you stay in pension Kuroshiomaru, at night you can also enjoy watching the shining sea-firefly (umihotaru) at the beach and a lot of twinkling stars in the sky. In summer, kayak tour for family is also held and in winter in a special room with a sunken hearth (irori), you can eat oyster cuisine.

Mr.Ngata is also interested in bicycling. He has been to Papua New Guinea and biked around this country. Because of his personality and his experience, he sometimes appears on a radio as a weather reporter for Ushimado.

The season of kayak will continue nearly all year round. So go and try kayak in Ushimado with wonderful friendly owner.

Hi, I'm Judith Mikami originally from Auckland, New Zealand. I came to Japan about twenty years ago to experience a culture and country very different from my homeland. Like many who have ventured to Japan I fell in love with the people, culture and places and before I knew it I would meet my husband. I have lived only in Okayama Prefecture and call this area my home away from home. 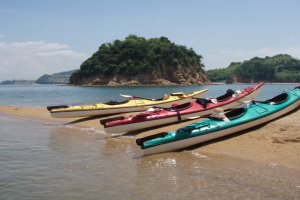 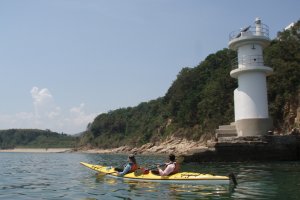 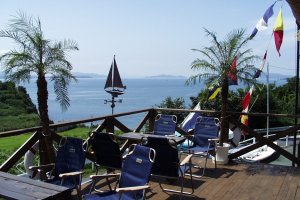