The center of Okayama City

Okayama Ekimae is the area composed of several square blocks fronting the east side of Okayama Station. The boundary extends east towards the Nishigawa River, south in the direction of city hall and north as far as the city court building. It is the business center, gathering place and transit point for many of the city’s residents.

As the train station gives the neighborhood its name it is a great place to start your exploration. You could walk underground through the Ichibangai shopping complex beneath the station that connects the buildings in the surrounding area. If you want to stay at street level, Momotaro Boulevard is the main artery that runs from the station to Kourakuen Garden. It is packed with department stores, karaoke boxes, restaurants, bars and shops.

The south side of Momotaro Boulevard is accented by a labyrinth of narrow streets that host a variety of izakaya or Japanese style pubs, trendy accessory shops, internationally themed bars and fashion retailers.

The opposite side of Momotaro Boulevard is the gateway to Bic Camera and the traditional covered shopping street that is behind it. If you need a quick hair cut there is an old fashioned barbershop and a reasonable unisex salon in the shopping street across from the Doremi building.

The most heavily traveled spot in Okayama Ekimae has to be the corner where Momotaro Boulevard meets the ever popular Ekimae McDonald’s. It was such a popular locale for young people to cruise in their cars that traffic was prohibited during the primetime hours by authorities. Sedans with tinted windows making the famous left turn at one kilometer per hour with music blaring are gone but the people are still there all night long.

Thursday to Saturday from 8 pm to 2 am is the time when night life is at its peak in Ekimae, with company employees and college students making up the majority of the revelers. Monday through Friday morning reveals the business side of the area while the holiday and weekend mornings bring families to the shops.

The best thing about Okayama Ekimae is that it is always transforming itself with new stores and restaurants yet maintains its identity as the city’s captivating area in front of the station. 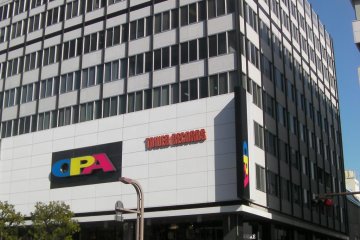 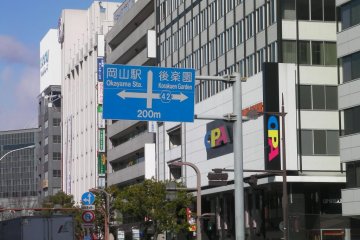 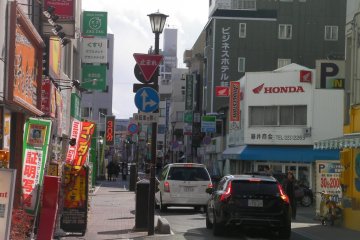