The nexus of Momotaro Boulevard

Central Okayama City has several underground spaces that allow anyone out for a stroll to avoid the rain or escape the traffic at street level. My favorite subterranean plaza is Shiroshita Underground Square. It is located at the end of Momotaro Boulevard and is accessible from any corner of the intersection. You can also enter the space from the lower level of the Symphony Hall building.

If you’re coming from Momotaro Boulevard, the easiest way to access the space is the stairway in front of Symphony Hall.This is a useful path if you’re heading to Okayama Castle or Korakuen and don’t want to wait at the exceedingly long traffic light at the corner.

The square is wheelchair accessible from the southwest corner by a ramp that gives a nice look at the entire space. When you reach the bottom of the ramp you’ll see signs directing you to possible destinations. The Symphony Hall exit is the most popular because the building is home to Maruzen book store, Yamaha music school as well as a CD shop and a kimono fitter.

During the day, locals use the space as a place to pass the time or chat with friends during a lunch break. I’ve seen people have a midday meal on the benches in front of the fountain at the southern edge of the square. Parents with young children let them run around a bit and crisscross the pillars.

Visitors gaze at the sculpture at the center of the fountain that is obscured by the intermittent plumes of water that produce echoes that bounce off the pillars which stand throughout the space. Friends huddle around a palmetto that seems out of place underground. It gives off a green glow as a circle of spotlights look down upon it.

After 9 pm, the complexion of square changes as the dancers start to appear. Members of dance clubs from high schools and universities bring their boom boxes and finest moves to the underground square. While hip hop and break dance dominate, you will sometimes see dance similar to that found at the annual Momotaro Festival.

No matter what time of day, Shiroshita Underground Square is worth a look. 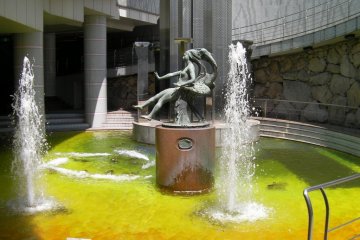 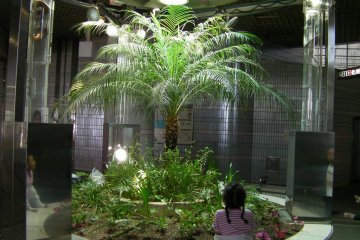 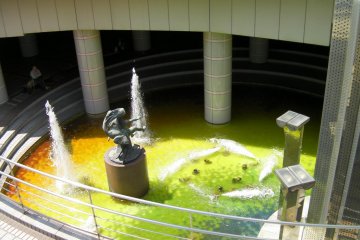 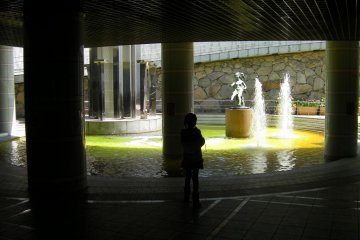 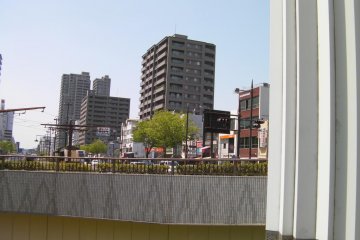 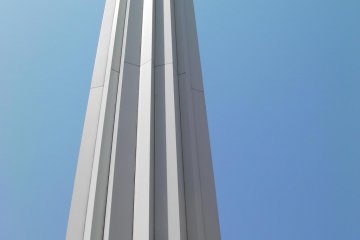