The Shape of the Sword

A sword by any other shape is just as sharp

Have you ever wondered where the Japanese sword comes from? I have, so I decided to do a bit of research on the topic. First I had a talk with the curator at the Bizen Osafune Sword museum in Okayama and heinformed me that the sword shape or curvature was connected to changes in combat styles that went from favoring cavalry to light infantry. The well known katana was simply the name of a particular sword shape. But where did it all start?

Apparently, like so many things that have found their way to Japan, China is the starting point for the Japanese sword. Sword making came to Japan through China and the Korean peninsula. The curator agreed to lend me a couple of rather thick and heavy books and I began the academic part of my sword studies. Have you ever seen those movies where the protagonist strips down a rifle or a gun? A Japanese sword comes apart in much the same way. There seem to be as many parts of the sword as there are bones in the human body but I will focus on the seven major components that are produced by craftspeople at the sword museum.

Let’s start with the blade itself. The earliest blades were straight and called Jokoto. From the Heian era the curved type Japanese sword came into use. From the mid-Kamakura period the sword became more refined and began to show the hamon or wave design across the blade. The late-Kamakura period produced a long blade and more wave-finishing on the blade. The Nanbokucho period produced blades of over 90 centimeters.

Next, the early-Muromachi blade goes back to a shorter style yet is narrower than previous swords. The late-Muromachi period gave rise to a short full sized sword used by infantry that was famously forged in Bizen. Aizuchi-Momoyama swords mark the use of foreign steel in sword production. The mid-Edo period was a time when the sword displayed little curve. The curvature of the sword made a comeback during the peaceful Genroku Edo era. The Bakamatsu perod of the Edo era in the early 1800’s ushered in a revival of the sword making tradition that continues today.

Of course in today’s Japan it is illegal to wear a genuine sword in public. In fact, even owning a sword with a sharpened edge requires a license. That’s a brief introduction to sword shapes. 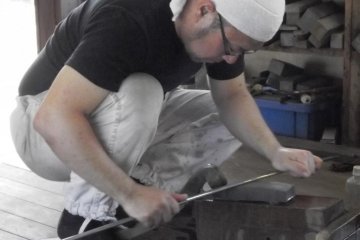 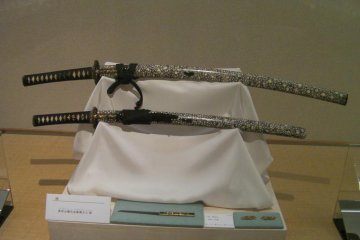 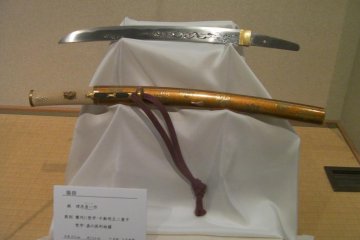