Bobbing on the inland sea

In many ways a trip to Inujima is a trip back in time. In many ways the changes to the 21st century has bypassed this quiet island with many of the younger generation having moved to the bigger cities Fiona Tan, a visiting artist from the Netherlands, has brilliantly captured the feel of the hamlets that dot this island, with its aged wooden houses and their aging red mailboxes.

Swimming against this tide of youth migration are the staff workers of Inujima Museum and a handful of generation X and Y couples who have followed in their wake, setting up small cafes and galleries where day trippers from the “big island” of Honshu can relax and reflect after taking in the various art installations that dot the island. Most visitors do take the last ferry back in the afternoon, however for those that like to stay after dark, the Seaman Lodge provides a log cabin like retreat where you can practically have the whole island to yourself, to watch the stars or listen to the lapping waves coming in from Okayama.

One of the challenges of staying in a near deserted island is the lack of dining options after dark, with the Museum Café closing at 4pm. The Uki Café, on the other hand, closes a touch later at 5pm, so if you are able to stomach an early dinner, their modern, yet healthy and homely selection is the pick of the bunch.

Being here on a quiet afternoon gave me the pick of tables in this small house that has been converted to a restaurant.

The hand cut Daikon or radish sticks and leaf salad with a Japanese soy based dressing was both tangy and crunchy and whetted my appetite.

For main course I tried the pasta cooked with olive oil and just cooked octopus chunks, stirred through a deliciously cooked and reduced tomato salsa, and topped with fresh Mizuna leaves. The octopus is a signature dish and is very much part of the fishing community in Inujima. Uki café itself is named after the bobbing sound of a buoy at sea.

Would you want marmalade with your toast, I mean ice cream? People have had stewed fruit with ice cream before, so why not orange peel sauce from Inujima? The bitterness and the firm bite of the orange peel takes the ice cream to another level, like espresso and ice cream. Then there is a surprise at the bottom, an adult version of corn flakes, but more like caramelized wheat flakes, another way of giving a modern interpretation to an age old desert.

Founded in 2013, the owners of Uki Café wanted to add a light yet modern flair to the cooking on this island, and it shows in every course, as well as their selection of cold drinks.

On the other hand, the various items in their gallery are an eclectic mix of new and old, from games that your grandparents would have played with, to retro ornaments. It makes for a great place to drop in and relax over a meal.

It can be a bit of a treasure hunt to get to Uki Cafe.  From the Inujima ferry terminal, take a walk west along the shoreline, and around 10 minutes later, veer left after you have past a lake.  It is another 3 minutes from there, on the way to the outdoor art installations. 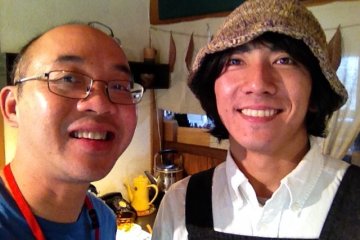 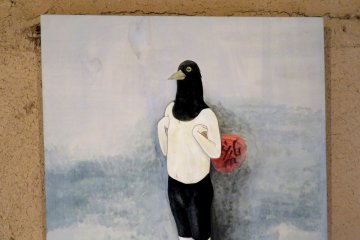 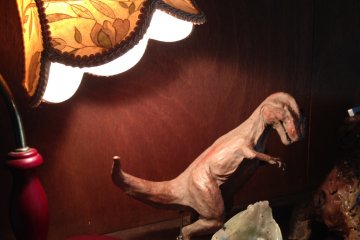 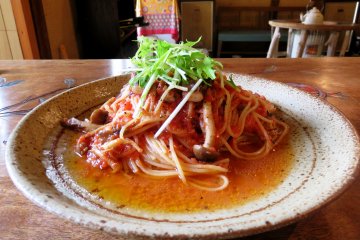 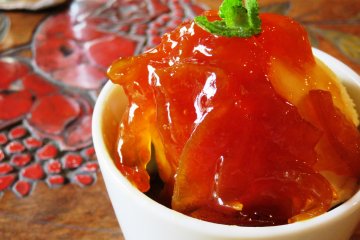 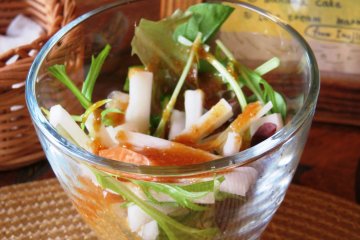 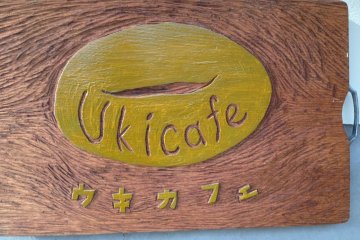 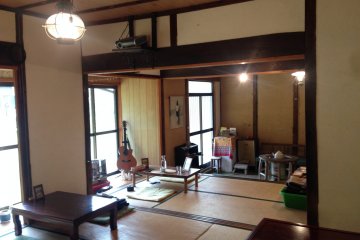 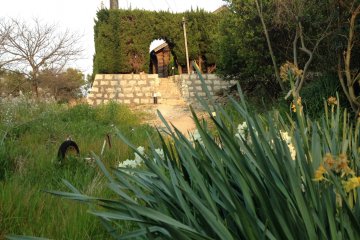 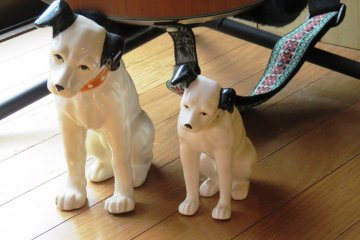 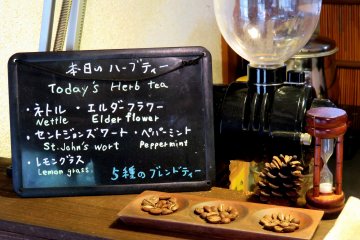