The classic bike for every era

Bicycles represent our first taste of freedom to move around and see the world. My daughter wrote a letter to Santa asking for a bicycle for Christmas so she could keep up with her friends as they went to the local children’s center. I thought of Mr. Yamada and his little shop in Kurashiki. I remember as a kid watching old Hollywood movies from the 1950’s and 1960’s where a child would get a bicycle for Christmas with a big red ribbon wrapped around it. When it came to bicycles, maybe Mr. Yamada was one of Santa's little helpers.

When I got to his shop I knew this was the kind of place that those Christmas bicycles came from. The owner makes the only handmade bicycles in Japan and his simplest model features the old “kick brake” where to stop you have to reverse pedal. The kick brake is like the manual transmission of the bicycle world. A lot people started out with it but few can still use one.

The mix of vibrant colors on some of the bicycles had me expecting Dennis the Menace to walk out at any minute. If you want to get a little taste of the glory days of the bicycle then you should visit Yamada Bicycles. They are all order made and available in a variety of sizes and colors. If you like cycling and would like to get away from the mass produced bikes then spend a few minutes in the shop figuring out what your dream bike would look like.

I stare at the bicycles thinking of what I would want. Streamers on the handle bars, straws on the spokes and a sissy bar all seem like good places to start. Unless I could do it myself, this is the only shop I know that could offer such grandeur.

The shopping scene has certainly changed substantially in Kurashiki. There are so many places where you can buy a bicycle these days, yet Yamada Bicycles endures. Mr. Yamada's genuine smile and bubbly demeanor certainly makes up for the glitter and glamour of the big shopping centers. Yamada Bicycles takes us back to simple leg power and green transportation. I do hope that Yamada Bicycles adds tourist destination to its moniker of handmade bicycle shop. 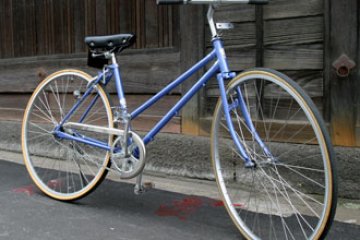 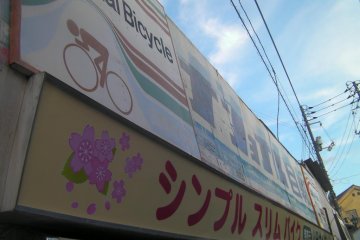 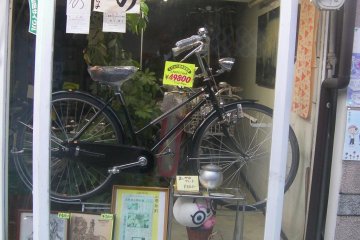