The Camp Courtney Marine Base in Uruma City is a wee bit isolated from off-base restaurants. There are, however, if you look very carefully - or happen to be on foot - two very small restaurants at the top of the hill on Route 75 near Courtney's main gate. The most noticeable restaurant is Casa de Tacos given that it's right across from the gate, and the peculiar painted sign in front of the store depicting a man in a sombrero with his bushy mustache in a large taco.

Having been exclusively foot mobile during my first tour on Okinawa, at least in the beginning, Casa de Tacos was my reintroduction to the Okinawan style Mexican food that I came to love as a dependent family member when my father was stationed at nearby Kadena Air Base, many years ago. Case de Tacos has been in the Tengan neighborhood that Camp Courtney is located in for at least the last 25 years, likely longer. Having eaten at this taqueria about a dozen times over the last decade I can attest that the food is good, sans mustache hair, and distinctively Okinawan.

Casa de Tacos like many taco shops in Okinawa uses taco shells that taste like rice-based creations rather than based on corn meal. The taco meat, which I usually order as beef although chicken is also available, is made with Casa's own recipe rather than from taco seasoning packets; the difference is deliciously unique and flavorful. The cheese tastes like cheddar. Each taco is topped with shredded lettuce and a tomato slice. Remarkably the tacos are prepared identically each time ordered with no variation, other than the unique differences of each shell. Casa de Tacos also offers burritos, taco rice, nachos, tostadas, pizza, pasta, burgers and fried rice; and sodas, or if you so desire, Orion, Budweiser, Heineken, or Corona beer. Most entrees are priced at 500 to 800 yen each with generous sized portions. Case de Tacos is open daily from 11:00 ~ 23:00 and delivers to the local area to include on Camps Courtney and McTureous. 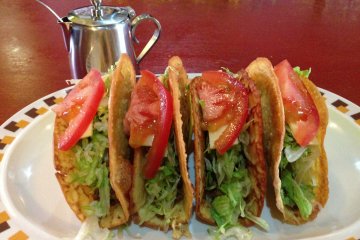 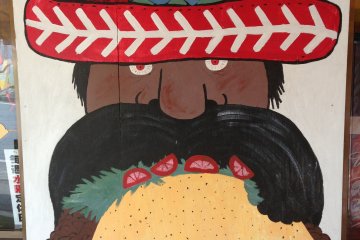 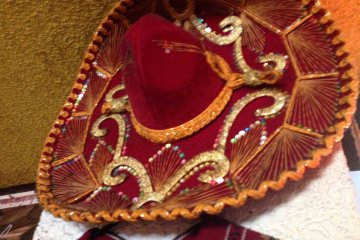 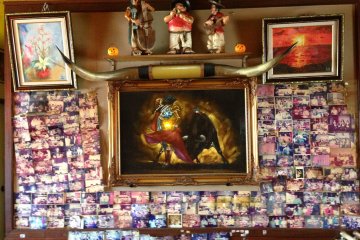 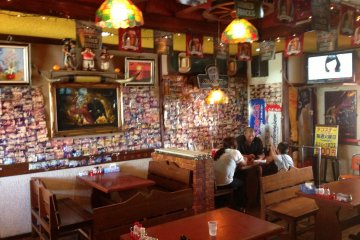 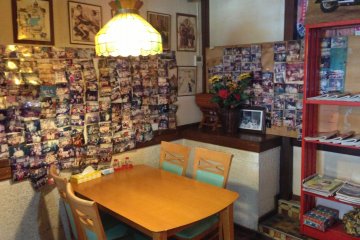