An underground secret garden of Eden

One of the life’s unexpected charms is serendipity. Like strolling at night and being delighted by the fragrance of jasmine flowers, long before the corner of your eyes detects the silhouette of the shrub on the sidewalk. In the dark, it can be a little otherworldly when certain senses turns on before others.

Being in a cave gives a similar sensation. Day is turned into night, tree shaped sculptures grow from above, not below. The light and shadow plays tricks on your eyes and your perceptions on what a landscape looks like. Of course, in the absence of cognition, your mind will naturally fill in the gaps with its own imagination.

There is a story behind the name Gangala. On top of a hill there was a hole. If you threw a rock from there it would make a gan, gara, gara sound. While the name has such a nice sound to it, maybe I would be more enchanted if I was left in the dark about its origins.

Origins is what this cave is about. Archaeologists have discovered remains of the Minatogawa Man from the Palaeolithic Era from 20,000 years ago. Even now, you can see active digs, uncovering fishhooks, shell jewellery and red beads from that period, though most remains have been taken for preservation at the Okinawa Museum.

So, what is it about caves in Okinawa? The nearby Hyakuna Garan in the local language means a hundred beautiful monasteries or cathedrals, where “things outside of nature cannot be seen, sounds outside of nature cannot be heard.” It is said that in outer space, sounds cannot be heard, but could it be the same in a cave, where the sounds and stresses of urban life are so far away, I may as well be in another galaxy. These hundred cathedrals may also refer to the underground caves, some large enough to feel like a cathedral, but until recently were off limits to visitors, until now with Valley of Gangala and Gyokusendo Cave revealing its secrets to the outside world.

Since the Stone Age, caves have been sanctuaries, whether to cellar fermented tofu or awamori until your child comes of age, or bomb shelters during the Battle of Okinawa.

In the other direction is Sefa Utaki, a mystic place filled with spiritual splendour. You can really feel the connection between Okinawan people and nature. These days scientists are discovering that being in nature helps us to reduce anxiety, increases our ability to pay attention and to connect with other people.

To truly uncover the secrets of the Valley of Gangala, you must take a guided tour, which operates every 2 hours from 10am. Online reservations are also recommended. You are to rendezvous at the Cave Café 15 minutes before the tour, which serves the famous Sango coffee and various tropical drinks and snacks. The Cave Café can be booked for private parties and is a popular spot for concerts.

From Naha bus terminal next to Asahibashi Monorail Station, take bus No. 54 (Maekawa line) or No. 83 (Gyokusendo line) departing approximately every 60 mins and disembark at Gyokusendo-mae bus stop. If you are visiting a few places here, driving or a taxi could be more convenient. It is 30 min. from Naha Airport, or 10 min. from Okinawa Expressway Haebaru Minami Interchange. There is an electric vehicle charging station on the other side of Route 17, opposite the taxi rank near Gyokusendo Cave (see map for more details). 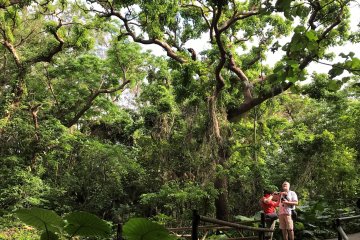 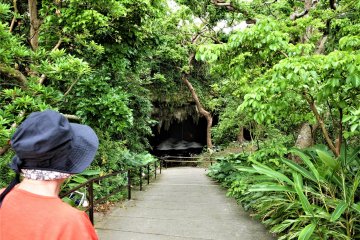 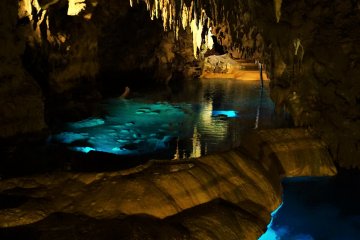 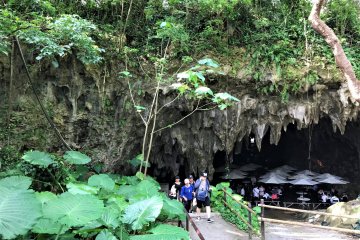 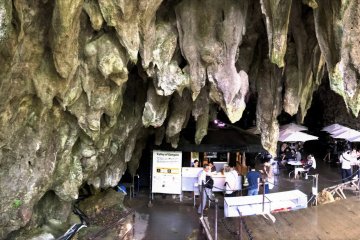