Still life from a time forgotten

“Hello. My name is Masanori Ishibashi. I was born in Osaka and lived here for forty years. I work in Kaneyoshi Ryokan.” Like Ishibashi san, Kaneyoshi Ryokan Hotel is an institution, the grand old lady of the Namba and Nipponbashi district of Osaka. Don't let the dowdy looking, dated and smoky lobby put you off. Instead, imagine you are on the movie set of a Kar Wai Wong movie, like In the mood for love. I can just hear the song "Quizas, Quizas, Quizas" from the soundtrack serenading me in the background.

From the ageing silver Nippon Cash Machines to the brown circular pattern in the elevators, Kaneyoshi Ryokan is stuck in a time warp from the 1960's. If only there was a Datsun Fairlady or Nissan Cedric 130 parked outside, preferably at the same time. There is no need to go to a museum to go back in time, when you can experience the real thing, in full sepia surrounds.

In this boutique sized hotel a single man fronts the counter, so you are likely to get to know him after a few days. You might even get to meet Ishibashi san. He even went out of his way to describe in great detail the timetables for the airport train, and then wrote everything down and dropped in by my room door. It was like I was talking with a familiar doorman of from my Upper West Side penthouse.

This two and half star waterfront hotel has generous living and sleeping areas, made bigger due to the clever packing of the futon beds in the cupboards during the day. If you find the futon too thin, you can always ask for another one, making it feel more like a mattress. You can request a Japanese breakfast or dinner to be served in your room, and fully immerse in the traditional Ryokan experience. Just put aside the thought that you are actually five floors up in a rectangular building in the middle of the city.

There is also a separate enclosed balcony/ sunroom with absolute waterfront views that most four star hotels will die for. Whether late at night or at the crack of dawn, there is always something interesting happening as you watch Osaka partying at night or awakening from its slumber. This hotel oozes timeless charm, but with a view to the future with the ever-changing neon signs at Dotonbori.

On July 13 and 14 the Dotonbori River Funatogyo (River Boat Parade and Festival) takes place right outside your balcony. Watch the lanterns twinkle in the moonlight and the spectacular procession of boats from your front row seats, while downing an Ebisu draft beer in the summer heat. From July to the middle of August 1,200 lanterns light up the riverbank and the whole city takes on a festive mood, with ladies in colorful pastel cotton kimonos (yukata) strolling the riverside.

After a long day, do what the locals do and soak your cares away in the deep bath. If you find the bathrooms are too small (what they call “business hotel” size, reminiscent of an old Toyoko Inn Hotel), go to the top floor, where the public bathing (sento) area is the size of two hotel rooms. Sometimes you would be lucky to have the whole bath to yourself, so soak into the soothing waters of this retro sento.

For something more refined, head west to Midosuji, a tree lined boulevard reminiscent of the Champs Elysee in Paris, or further west to the understated cafes and galleries of Kita Horie. Getting lost is part of the fun, as you can just take a taxi back. If only the taxi was a Nissan Cedric 130​.

Kaneyoshi Ryokan is only a three minute walk from Exit #2 of Nipponbashi Subway Station. If you are coming here from Northern Osaka (Higashi Umeda) or Kyoto and you have a lot of luggage, it may be easier to get off at Exit #6 on the Eastern side of the Sakai-suji Street, as it will save you two sets of stairs. Likewise if you are leaving the Ryokan and heading south to the Airport, it may be easier to cross Sakai-Suji Street/ Nipponbashi Bridge to the Eastern side and head into the subway from Exit #6. While it is not smack in the middle of Namba and Shinsaibashi, this location is surprising convenient to go to Kyoto or the Airport with just one change of trains on the Sakaisuji subway line, or heading east to Nara or Nagoya from Kintetsu Nipponbashi station.

If you lose your way coming to the hotel, ask for directions to Soemoncho, an atmospheric red light district worthy of a cameo in any Beat Takeshi movie. The hotel is six buildings west of Sakaisuji/ Nipponbashi Bridge, on the north bank of Dotonbori Canal. Soemoncho is actually quite safe, but if you are after life on the edge, try the Fugu restaurant at Zuboraya, where only the chefs separate you between life and death. If on the other hand, you prefer cats to fish, try Neko no Jikan, a furry cat cafe.

Find out more about Dotonbori. 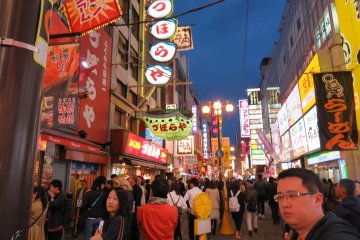 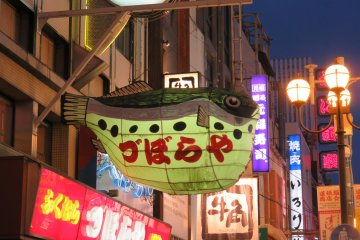 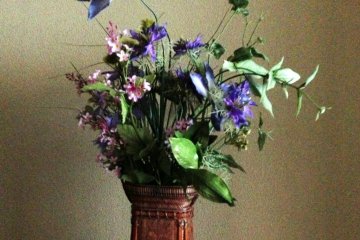 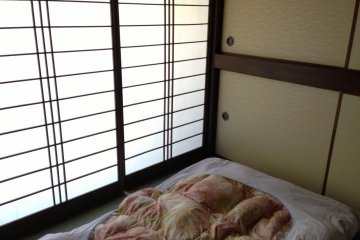 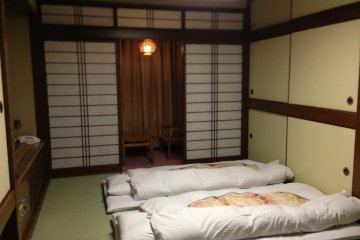 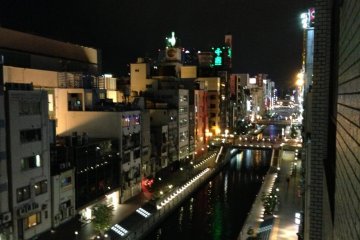 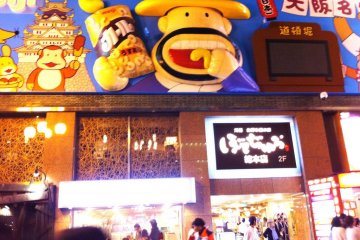 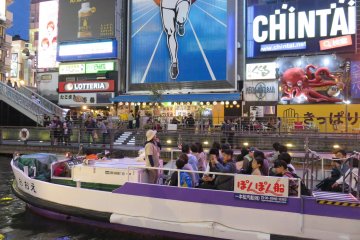 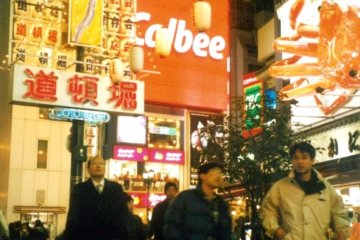 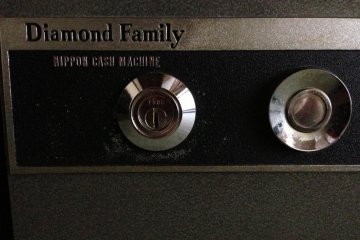 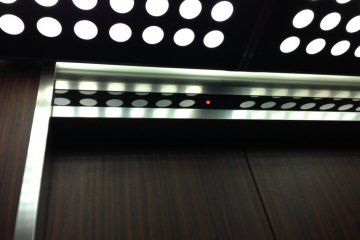