Lions and Dragons at Yasaka Shrine

The storm god and the dragon slayer

Everything is bigger than life in Osaka. At Dotonbori, giant crabs and balloon shaped blowfish fight for your stomach, while at Osaka Castle, Godzilla wrestles Angilas for supremacy.

Many centuries earlier, heaven and earth collided at another battle. In the ancient Kojiki chronicles in 680 AD, the storm god Sassano was banished from the heavens for being a very naughty boy. Flung to the backwaters of Izumo, he encounters Ashi and Te-Nadzuchi, a couple looking forward to spending some golden years in retirement, until their plans were rudely interrupted by Yamata no Orochi, an eight-headed dragon who had an annoying habit of devouring their fine looking daughters. They have already lost seven girls and were craving for some divine intervention when Sassano appeared.

Victory was not assured as the beast had eight tails, and whose blood smeared body covered eight hills and valleys. So Sassano, also known as His-Swift-Impetuous-Male-Augustness, concocted a devious plan from his book of party tricks. He got the Nadzuchis to serve eight vats of sake, hidden in eight different locations, like an ancient pub crawl. They could do nothing by lie in wait. Slowly but surely, the dragon came. It had fiery red eyes and had pine trees growing from its back, and this was even before it started drinking. The eight heads could not help themselves, and after sculling the vats of sake, it passed out. Now it was Sassano’s chance. He drew his sword and slew the dragon into little pieces. As he was chopping off the tail, his sword got stuck, and the blade broke. He then pulled another blade that was hidden in the tail, and offered it to the sun god Amaterasu. This is the Kusanagi-no-tsurugi, one of the three great Imperial Treasures of Japan.

Come here on the third Sunday of January and experience the Tug-of-War Ritual which commemorates Susanoo-o-no-mikoto’s victory over the eight headed water dragon. In 2001 it was named Osaka’s first intangible folk cultural property. January is also the time for New Year celebrations, with traditional Gagaku court dances and Iaido, a martial art that is part swordsmanship, part dance, and all class. During summer lion dances and folk music delight the crowds.

Like the Noh masks that have gone before us, the Namba Yasaka Shrine has been centuries in the making. At twelve meters high, its lion statue is a Japanese creation more commonly associated with Okinawa's shisa, and on closer inspection, you can see the resemblance. Inside is actually a prayer hall, filled with wooden prayer tablets.The lion may look frozen in time, but when you view it from different angles, it looks animated, just like a Noh play. When viewed from above, it looks menacing, with the eyebrows taking on a more sinister dimension. From below however, it could almost be benevolent, watching over the mere mortals below. It is as if the light and shadows animate the lion. They say the lion’s mouth swallows evil spirits for breakfast, though from above it could be big enough to chomp on the greenery nearby.

This must be one of the coolest and funkiest shrines in all of Japan, if not, at least one of the top 10 shrines to visit. 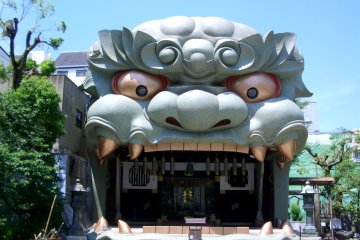 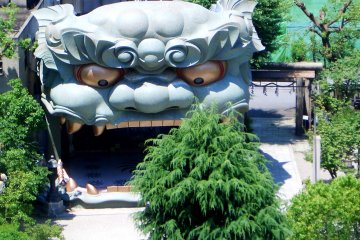 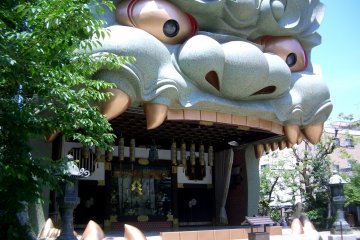 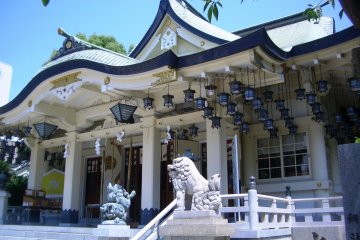 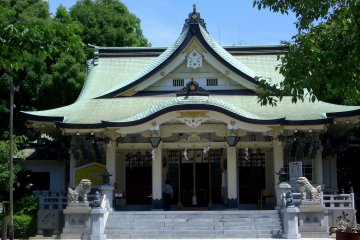 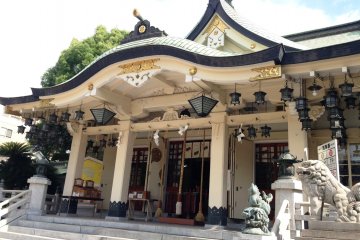 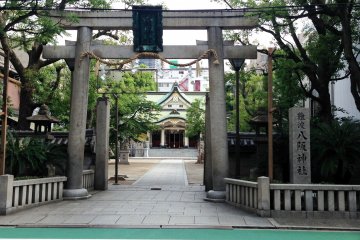 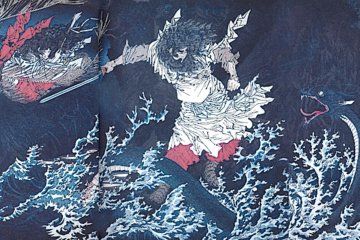 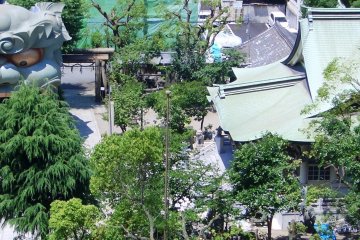 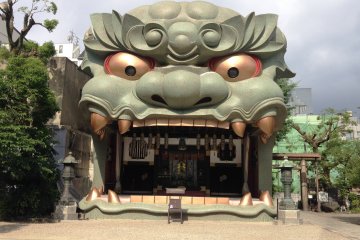 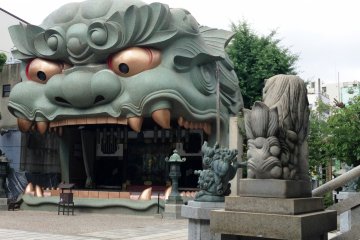 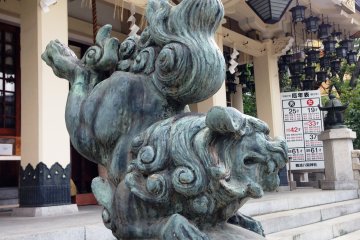