In another world on Inunakisan

I didn’t hear dogs barking on Inunakisan but I could imagine it. The mountain, named by an emperor around the year 890, means “dog barking”, following the story of a loyal dog saving his master from danger. Inunakisan, however, is actually more well known as an established training arena for the practice of Shugendo, or mountain worship.

Mountains are pivotal and necessary to Shugendo. Shugendo means "mountain prostrate", and the religion is classified as a “mountain religion.” The two are twinned together, the attributes of one fulfilling the needs of the other. With their forbidding steep ascent, often treacherous terrain, mountains enable Shugendo followers, who are known as Shugenja or yamabushi, to stretch the limits of their mere mortal bodies, all to attain supernatural prowess.

Inunakisan is the headquarters of the Inunaki sect of Shingon Buddhism. It is an ongoing and operational Shugendo enclave. This strong association with Shugendo together with its deep, dark, and dense towering forests, can make it seem cloaked with a slightly eerie atmosphere of mystery and other-worldliness. I could see markers from 1,300 years ago placed by early Shugendo practitioners. Also abundant were a variety of ancient memorial sites, graves, a hodgepodge assortment of strange, even malevolent, pagan statues, deity types and jizo all mingling with each other. In an enclosure was a Buddhist like statue next to a cross, with a fox in the corner! Prominent were gushing waterfalls amid huge mossy boulders, loads of rock piles and stones, small shrines and kami sheds. Some were so far up the mountain side, they seemed to be staring down at little me.

Inunakisan's crowning glory is Shipporyuji, the head temple, founded around 661 by a mystic diviner En no Gyoja, regarded as the father of Shugendo. Many super-duper feats have been attributed to him, such as flying, speed dashing around mountains and dancing with devils. Not quite who you want to bring home to Mother.

Shipporyuji’s giant sized center piece is a fierce demonic looking dragon god, prayed to for good fortune and long life, but definitely not someone you want to meet in the dark or otherwise. Next to all this fierceness is the gentle statue of Kobo Daishi and Mizuko Jizo, the guardian of prematurely deceased babies which are represented by a horde of tiny tot statues.

I didn’t go all the way up the mountain to the massive mother of all waterfalls where Shugendo wannabes struggle to pass through steep slippery rocks to stand under freezing water for hours if not days.

The mountain is one of Top 100 Greenery Sites in Osaka Prefecture. It is beautiful and deceptively peaceful looking, tucking away the Shugendo goings-on inside. This beauty is secondary. The spirit of Shugendo dominates. It’s unavoidable. 1,300 years of people seeking pain and punishment, flailing themselves silly, dangling off precipices, and worse, no eats! Don’t forget also their practicing of supernatural arts. All these have soaked into the mountain, creating that other world mystique about it, albeit more to the spooky side. But the spookiness is what makes it magical.

Inunakisan is about a 45 minute walk from the end of the line of the Nankai Bus headed for Inunaki. The bus is taken from bus stop #2 outside Izumisano Station on the Nankai Main Line.

Bus intervals are about an hour each way.

The Tourist Information Centre outside Izumisano Station provides a map of the trails to the mountain and beyond. 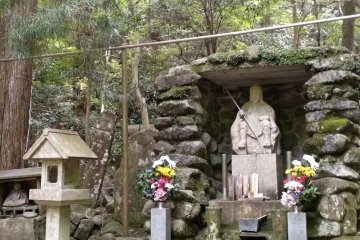 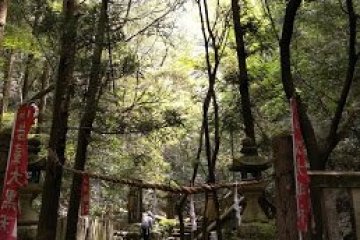 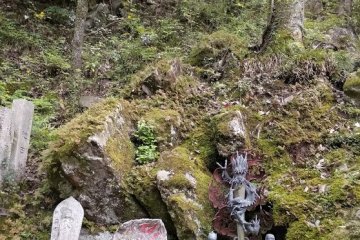 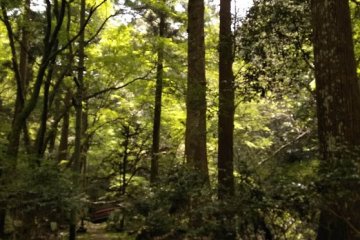 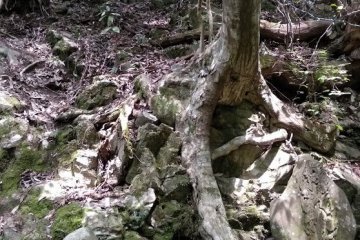 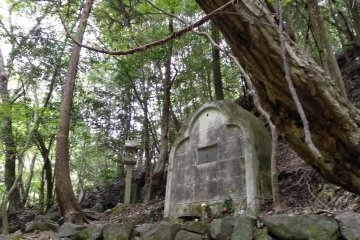 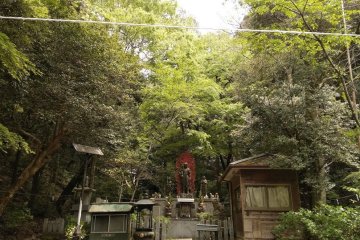 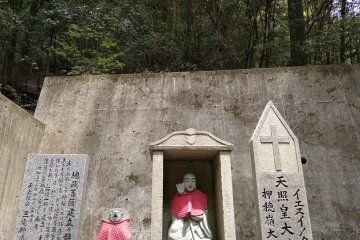 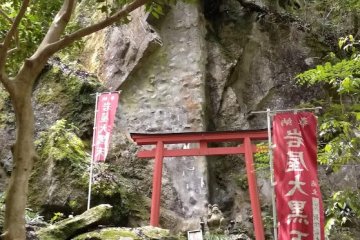 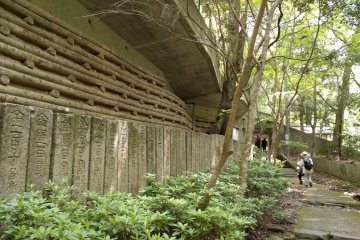 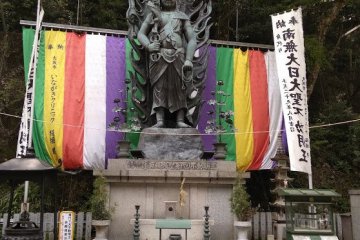 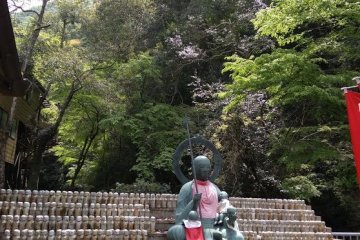 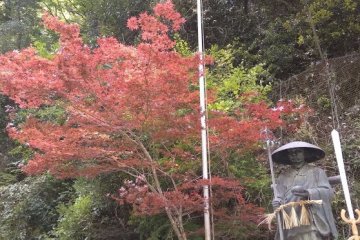 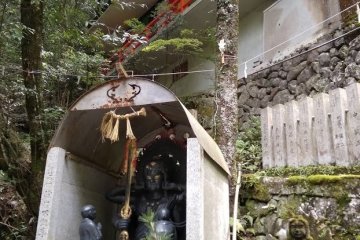 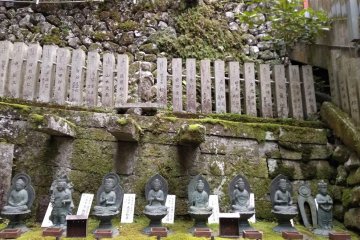 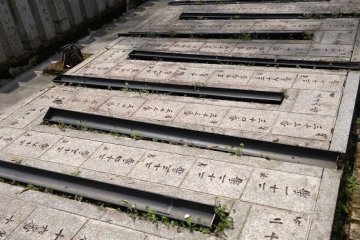 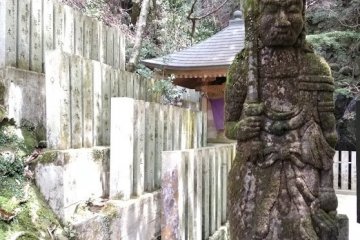 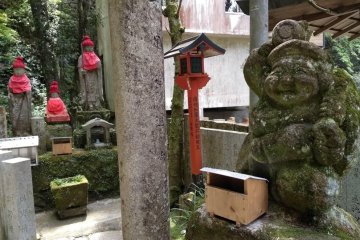 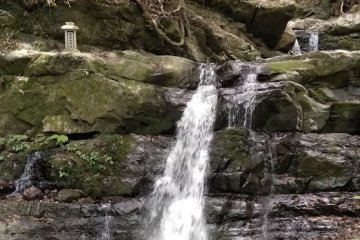 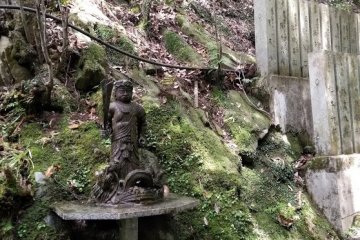 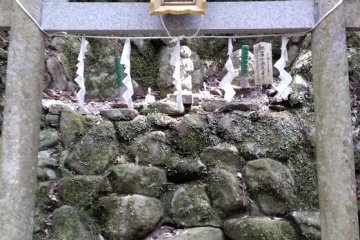 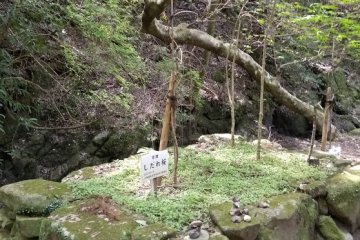 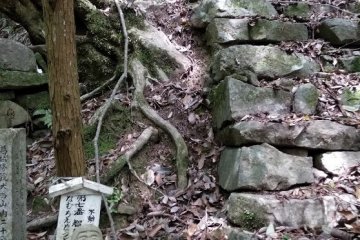 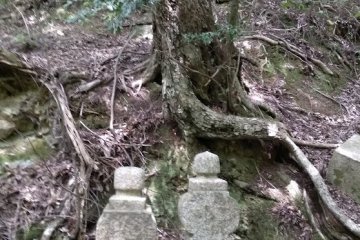 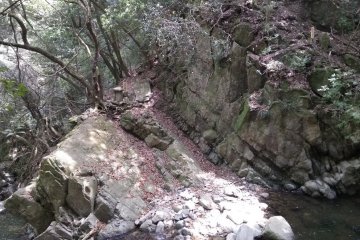 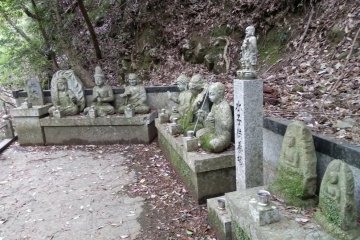 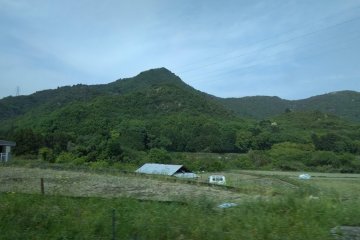 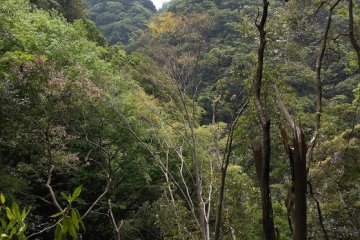 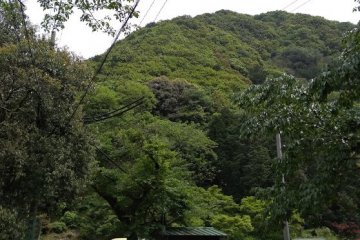