Hankai tramways motto is " There is a life. There is a future. There is a trajectory that will continue to live." (Photo: Ogiyoshisan / CC BY-SA 2.0)

Do you remember your first trip on the tram? What was it you remember? Was the groan as 20 tons of heavy metal awake and pulls from the tram stop, the clicky-clack sound as it rolls, or the feel of the wooden seats?

Taking a tram from Tennoji in Osaka City to Sakai is a great way to go back in time, both physically, as you leave the skyscrapers behind, and meditatively, watching the old men balancing deliveries on their scooters in the cat sized alleyways. Being only a step above the kerb, the streetscapes pass you at a pedestrian level, like the old men the waiting at the level crossings, delivering rough cut timber for the century old workshops. Winter is a great time to people watch, the sunlight is softer, the shadows are longer, and I am mesmerised just watching people’s breath fill the air.

Inside the tram, take in the menagerie of life on the bench seats facing each other. From the toddler playing with his toy car, or the mother coming home from the grocers. Scenes that you would miss on the superfast Shinkansen or bullet train.

Known as the Hankai tramway, it has been running since 1900. Through the great depression and two world wars, some streetcars have been running on this line since 1928. While more modern variants exist, it is the older cars like the Mo-164 that captures our affection, with its metal window shutters and the old handrails.

Travelling south from either Tennoji or Ebisucho, there are a number of old towns and monuments both before and after the moat, or the Yamato river which separates Osaka and Sakai Cities. Of note is the Sumiyoshi Taisha Grand Shrine on the Osaka City side, which was founded in 211.

In fact, Sakai city predates that of Osaka, with its own port that formed a key link in the maritime silk road. The mariners with a Denarii in his pocket could be landing in Sakai on his way to Yamato, now called Nara, the capital of Japan from 710 to 794. A.D. Today, Sakai remembers its past with one of the oldest Western-style lighthouses in Japan.

I first made my way on the tram a decade ago, invited to lunch by an obatallion, the famed middle-aged housewives of Osaka, known for their tiger print clothes and fiery manner. But once adopted as part of their family, I grew to see Sakai like a local.

Even if you don’t score a lunch invite, there are many ways to immerse yourself here. Whether you meet the neighbours at a local bath house, join a knife making class, or cycle in the preserved town of Shichido, Sakai has been making friends from around the world since the Eighth century.

Tennoji is almost halfway between Kansai Airport and Kyoto on Japan Railway (JR)'s Osaka Loop Line. An one way adult fare anywhere on the Hankai Tramway is ¥230, which takes about 30 minutes to travel from north to south. You can't use the Roman Denarii but are more than are welcome to use any prepaid Kansai travel card, such as the ICOCA. 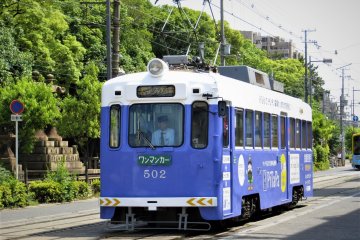 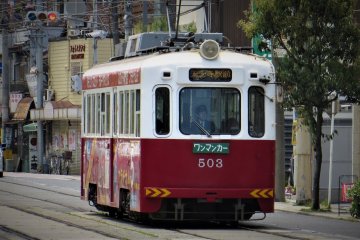 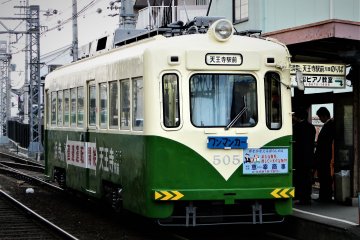 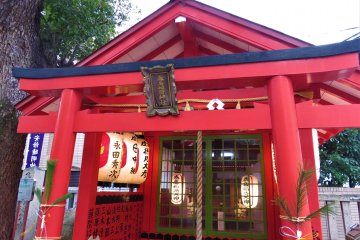 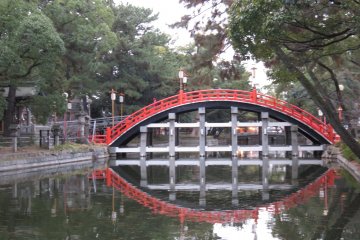 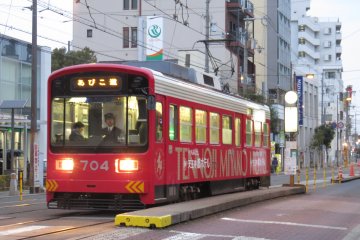 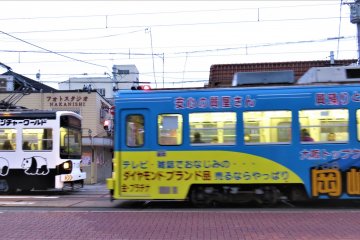 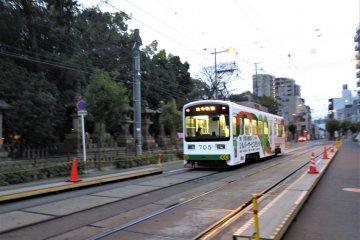 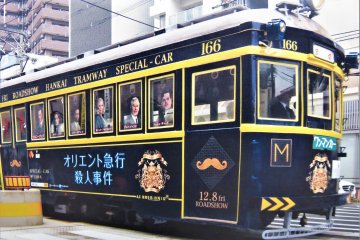 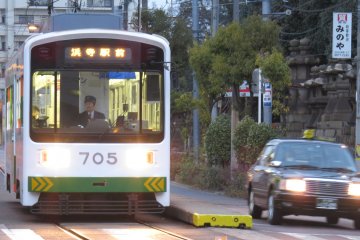 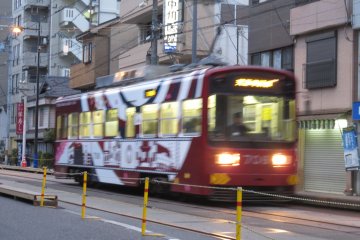