Matsuzakaya is one of the world’s oldest department stores, established in central Nagoya’s Naka-ku area in 1611, when a samurai by the name of Ito Yudo opened a high quality kimono and clothing store in the bustling castle town. Leaving the highest ranked samurai class to follow the life of a merchant, the lowest caste in feudal Japan, Ito went into business. The store stayed in the Ito family for many generations, and in 1768 the descendents of Ito Yudo expanded the business into Tokyo, then called Edo, with the purchase of a similar, established store named Matsuzaka. 90 years later the store was destroyed by one of the many great fires of Edo, but was soon rebuilt bigger and better. It was destroyed again in the great Kanto earthquake of 1923, and again in the allied fire bombings of World War Two, which also wiped out it’s main store in Nagoya. Each time, the resilient department store rebuilt on an even grander scale.

In the following 50 years after the war, Matsuzakaya continued to expand until the collapse of the Bubble Economy slowed sales. Matsuzakaya continues to specialize in imported foods, up-market luxury goods, clothes, textiles, accessories, house-wares, furniture, white-goods and personal products.

The major department store retains branches in Tokyo, Ginza and Ueno, and since 1978, in Paris too. There were two branches of the store in Hong Kong, once when the island was under Japanese Imperial Military rule, and until as recently as 1998 a peacetime Hong Kong and even Los Angeles Matsuzakaya stores as well.

However, the jewel in the Matsuzakaya crown is it’s head store in central Nagoya. The Nagoya store boasts one of the largest floor spaces in Japan and consists of three wings, each with a distinctive style. The North Store is an elegant cream colored building with a touch of early last century charm, while the adjoining South Wing is an appealing, shining steel and glass structure. It includes a museum on the seventh floor hosting a wide range of topical exhibitions, and also features a huge pipe organ played on weekends and special occasions to entertain customers in the ground floor Organ Hiroba square. The Canadian made organ consists of 3,231 pipes.

Matsuzakaya is now operated by the Daimaru group under the name Daimaru Matsuzakaya Department Stores and major retail group, J. Front Retailing Company. All major credit cards are accepted, and the service is what you'd expect of a major Japanese department store. Excellent!

It’s come a long way since the 17th Century, and despite recent economic conditions, the Matsuzakaya store in central Nagoya continues to be a source of pride and a favorite shopping Mecca in the conservative city. You can shop here with confidence knowing you’re experiencing over 400 years of service and quality shopping. 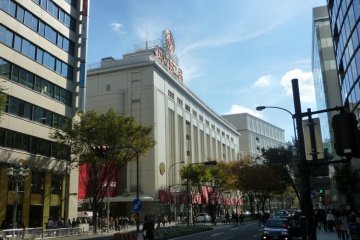 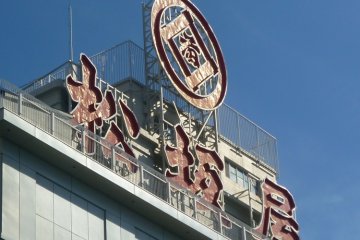 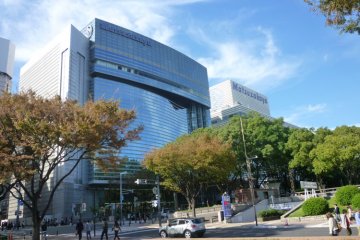 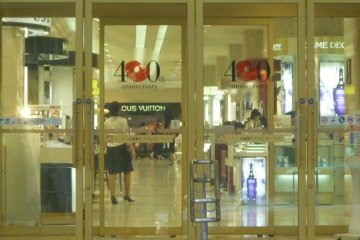 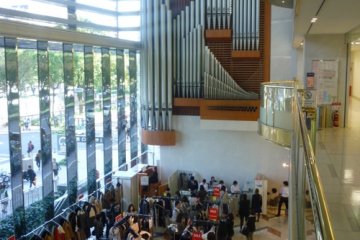