A hidden waterfall in the mountains of Saitama

Japan's mountains hold many secrets. From solemn Shinto shrines and religious statues to well-placed benches set at scenic overlooks, there is almost always something to find as you go along. One of my favorite lesser-known locations in the mountains is Gojo Falls, in Saitama.

Gojo Falls (Gojou-no-taki, 五常の滝) is a waterfall tucked in among in the mountains of Hidaka, which is full of great hiking paths and trails to explore. You can hear the waterfalls long before you can see it. There is a slight break in the guard rail running along the path (and a small sign in kanji identifying it as the falls). Following that path downward will lead you to the falls and a beautiful scenic area around the bottom. The falls are high enough to be worth seeking out, though aren't incredibly massive. The base area is rocky and has some wooden bridges that will get you right below the falls - even under it, if you were so inclined. There are also some flatter areas nearby that would be perfect for a picnic, if you brought something to sit on. There is also a very small shrine set up in a wooden lean-to - one of the most modest-looking shrines around, but very cool in its humility.

The Falls are located between Mt. Monomi and Musashi Yokote Station (武蔵横手駅) on the Seibu Ikebukuro Line. There are two ways to get there. Hikers coming through the mountains will pass it by on their way to Musashi Yokote Station, which would include people traveling on the Hiwada-Takasashi-Monomi Mountain Trail. For those who are not keen on hiking, the direct route is a 2 km walk from Musashi Yokote Station. From the station, cross the train tracks and find a small road cutting north towards the forest. The path goes through some countryside and farmland first, but there are some trail markers pointing the way (see the attached photos). All trail markers are written only in Japanese, so those who are not good with kanji should make note of the characters for the places mentioned here. 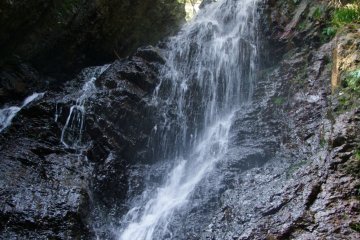 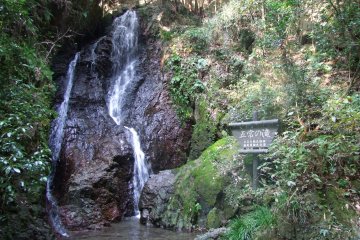 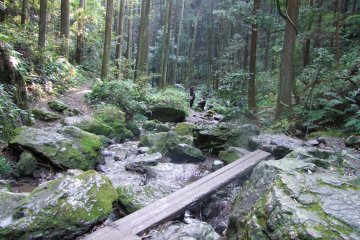 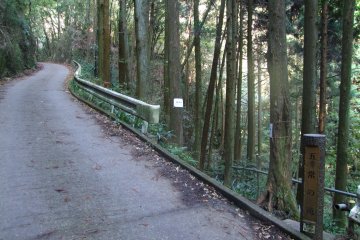 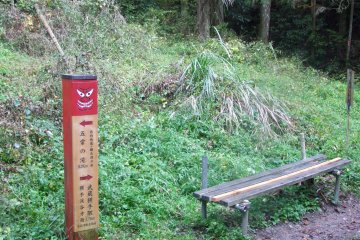 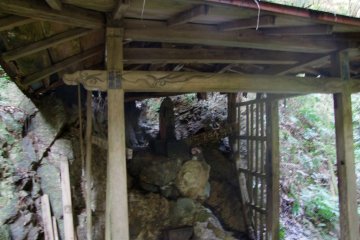 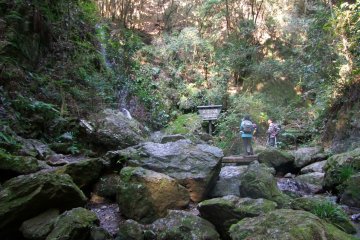 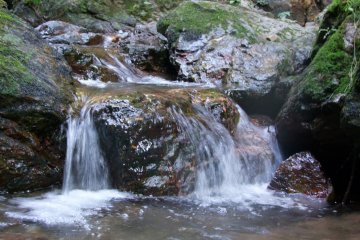 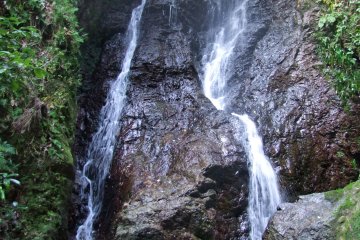