Konosu City is located in the middle of Saitama prefecture along the old Nakasendo Route. About 516 km, the Nakasendo Route was constructed during the early 17th century and was one of the four major trade routes in Japan. The Nakasendo started from Kyoto, back then the capital of Japan, and ran through Gifu, Nagano, Gunma, and Saitama to Nihon-bashi in Edo, now Tokyo. Konosu was one of 67 post stations on the Nakasendo Route. For 350 years, Konosu, also known as 'Doll Town' had been famous for making dolls for Girls’ Day on the 3rd of March, and it is now known as the city that flourishes with flowers, bringing it with it the new name of 'Flower Town'.

Today, Konosu City has a population of 120,000 and is the proud bearer of six "Number One" titles in Japan. They have the longest water pipe with a length of 1,101 meters; the widest river which stretches 2,537 from the left bank to the right bank (Arakawa River); the highest pyramid at 7 meters high with 31 tiers to display Hina dolls on Girls' Day; more than 5 fireworks with 30 cm diameter fireballs which are shot up in succession within a minute; the largest shipment of flowers such as Primroses, Salvia and Marigold; and the most hectares of poppy fields, with 12.5 hectares blooming during spring.

This is the 9th year in which the Flower Festival has been held in the City of Konosu. 12.5 hectares of poppy fields are spread over the dry riverbed of the Arakawa River. Growing flower plants is one of the main industries of this area. The yellow California Poppies were introduced to Japan in the middle of the 19th century. 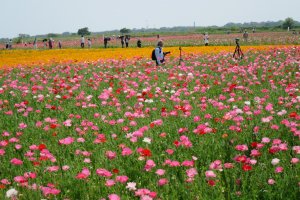 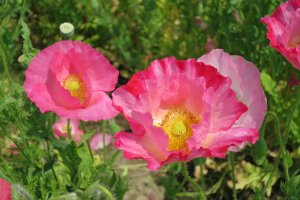 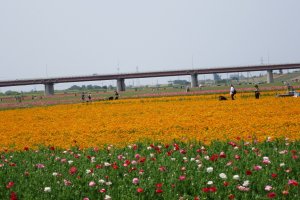 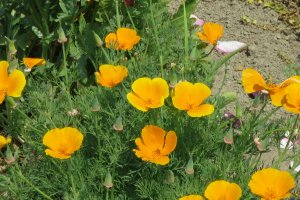 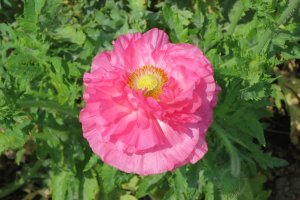 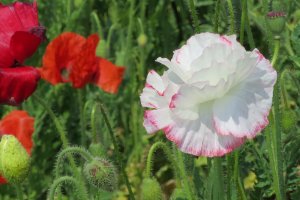