Christmas market and events at Metsa Village in Saitama 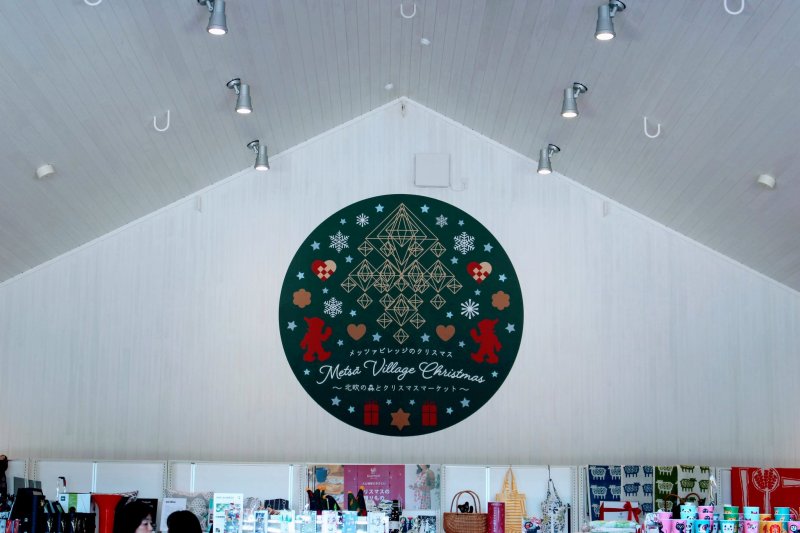 Metsa Village, a Finnish theme park and home to Moominvalley park, started their annual Christmas event "Metsa Village Christmas" on November 1st. It will run until December 25th. The park is located in Hanno City in Saitama, which is close enough to Tokyo for a day trip.

In line with the Finnish theme of the park, the Metsa Village Christmas has a Nordic feel. During the period of the Christmas celebration, they have a Christmas market daily in the Metsa Hall. There are also frequent seasonal craft workshops. The shopping arcade and Miyazawa lake are lit up at night for the duration. Currently, they only have one small Christmas tree which is simply decorated, but closer to Christmas they will have a tree in the Utepils outdoor restaurant which will also be lit up at night.

Metsa Village is always a pleasure to visit, but November is one of the prime times. Between the Christmas muzak and decorations and the fall foliage around Lake Miyazawa, the park is even more resplendent than normal. And on November 9th for the one year anniversary of the park's opening, Finland's most famous celebrity, Santa Claus, will be on site for a meet and greet. He will visit again in December.

The nearest expressway exit is the Sayama Hidaka Interchange of the Ken-o expressway. It is about ten minutes in the car from the interchange to the park's car park. Currently they have a free car parking campaign on weekdays that will run until March 31st 2020. The weekend upper cap has been reduced for the period of the campaign. Normally a full day's parking costs 3000 yen, but at the moment it costs 1500 yen. However, if you spend more than 5,000 yen in Metsa you can get your parking ticket validated.

I've been in Japan for 18 years and yet everyday is still an adventure. For the last 11 years I have been living in and blogging about Saitama Prefecture (on my personal blog insaitama.com), occasionally appearing on TV to promote the attractions of my adopted home in rural Saitama.  Despite its ...