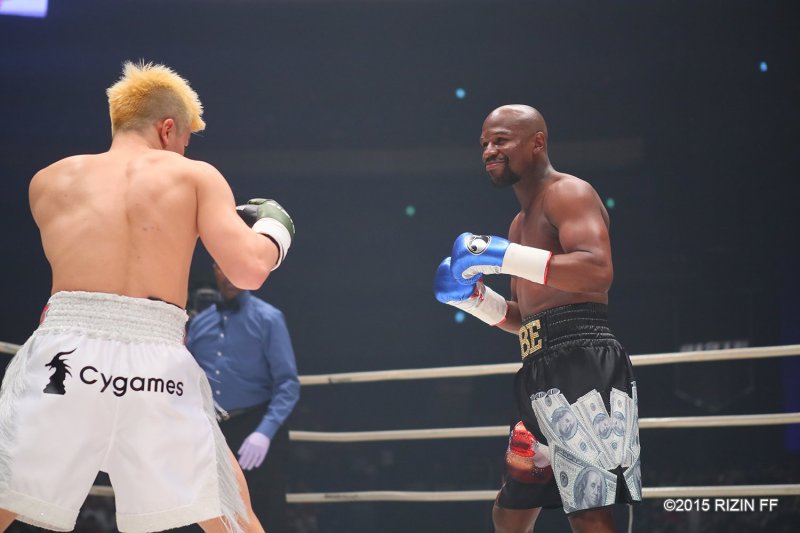 Japan’s biggest and most popular mixed martial arts event, Rizin Fighting Federation, regularly holds its biggest event of the year on New Year's Eve. The annual extravaganza always delivers a spectacular show watched by millions of fans around the globe. This year's main attraction was boxing legendary Floyd Mayweather fighting Japan's kickboxing superstar Tenshin Nasukawa in a special exhibition bout, which caught immediate and heavy attention from all over the world the moment RIZIN made the announcement. Typically focused more on MMA, RIZIN perhaps aimed to reach out to further audiences with this special exhibition boxing match.

Aside from the "Main attraction" match Rizin is an event that features both local Japan talent and top fighters from overseas. There are a mix of male and female matches and the event runs from early afternoon to late in the evening. Often times, fighters from Japan have participated in the New Year's Eve fight many times in the past and have developed quite a following. There are flashy introductions reminiscent of Las Vegas style lighting, music and effects. The matches are often ended with short speeches that congratulate their opponent and thank the fans for their support and following.

The event was held at Japan's Saitama Super Arena. Just inside the arena is a large open area with a food court, souvenir shopping areas and a few stands to browse related to the event sponsors. Beer and alcohol selections are served and allowed in the arena. Festivities often run until the New Year's countdown, creating a special atmosphere for fans who attend the full day.

For fans of MMA, the event should not be missed. Key fights on the main card included:

All eyes will were on how the undefeated former five-weight world champion (50-0 record) Mayweather, 41, takes on the undefeated Nasukawa, 20 – relatively unknown outside of Japan but a rising star locally. Nasukawa is the current RISE Featherweight Champion with a proven track record in kickboxing (27-0 record) and Mixed Martial Arts (4-0 record). Although Nasukawa is not a boxer he was up to the challenge and agreed to the match with special rules including:

Mayweather came into the fight taking it lightly, smiling, feinting and even pandering to the crowd a bit in the first round. Despite a focused Nasukawa, the fight was quite one-sided and Mayweather advanced continuously scoring an early knockdown after a strong body blow. There was a second knockdown that reached an eight count and then with 40 seconds remaining in the round, the final knockdown had Tenshin Nasukawa's side throw in the towel.