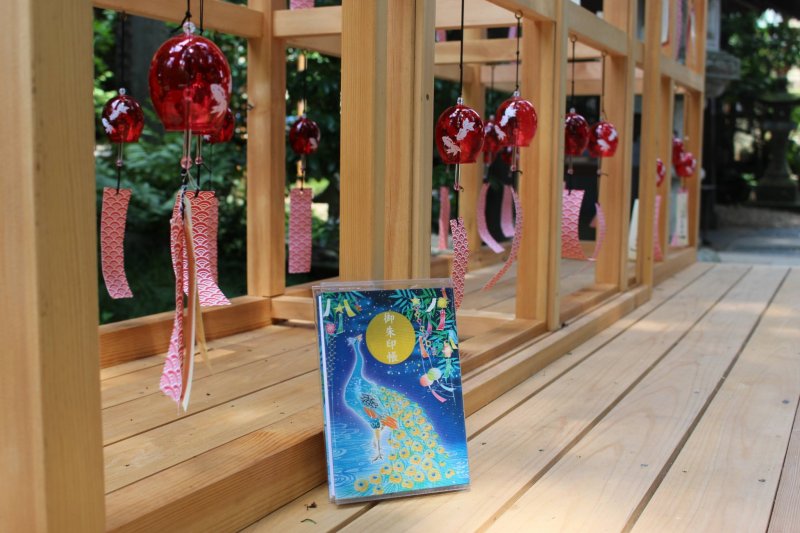 An annual event at one of Saitama's oldest shrines

Hisaizu Shrine is located in Iwatsuki Ward in Saitama City. It is known fondly as the "Quiz" shrine as the kanji (chinese characters) for the shrine 久伊豆 can be read "ku - i - zu". Hence many people pray there for good luck in academics. Each year in summer, the shrine has a beautiful display of wind chimes. They also have a summer season "goshuincho," a type of special notebook for collecting the stamps or seals of shrines and temples.

The wind chimes are on display from around the middle of June until the end of August. The special summer edition of the goshuincho is available during the summer months - June, July and August. A peacock features on both the stamp or seal book because the shrine has resident peacocks. However, they kindly request that you don't just visit the shrine to take photos of the peacocks. Also, please note that due to the Coronavirus the shrine is only open until 4 pm. The precincts are open until 7 pm.

There is parking for 100 cars. The parking lot is open from 5 am to 6 pm and is free of charge. It is a 10 minute drive from the Iwatsuki Interchange.