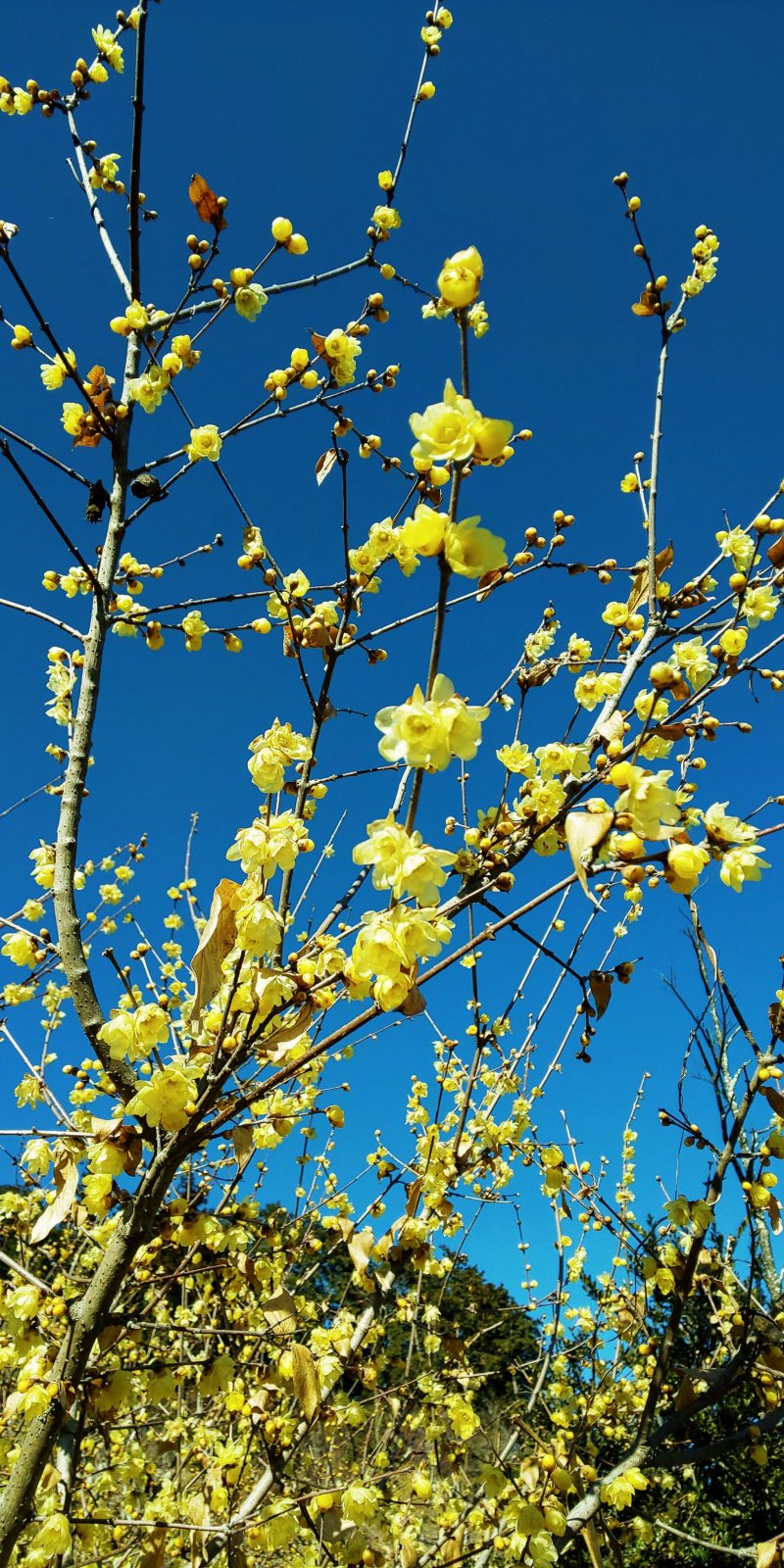 Wintersweet is the first tree to bloom each year. Wintersweet are also known as Allspice or Robai in Japanese. Before the plum blossoms or Kawazuzakura (early blooming cherry blossoms) the wintersweet spoils us with blooms as early as the first week of January. And they are the most beautiful blooms of bright yellow buds with a distinctively sweet smell. In Saitama Prefecture, Mt Hodo has the most famous wintersweet festival annually in January and February.

The wintersweet garden is on the side of the summit of Mt Hodo. You can either hike or take a ropeway up to see the bright yellow blooms color the mountainside. It is well worth the journey. The wintersweet festival coincides with the bloom of the flower. As such, the dates are never confirmed until close to the opening of the festival. They announce the dates when they have a good idea of when the trees will be in bloom. By and large though, the festival is from around the 10th of January until February 24th. And for one weekend only, the last weekend of the wintersweet, the wintersweet festival overlaps with the plum blossom festival on the mountain.

The wintersweet garden is located on the side of Mt Hodo. You cannot drive up to it, but you can park at the foot of the mountain and either hike or get the Hodosan ropeway up to the top. By ropeway it only takes a matter of minutes to reach the summit. On foot it takes about an hour.

The ropeway and hiking trails to the top of the mountain are about a 20 minute walk from Chichibu Tetsudo Nagatoro Station. During the weekends of the festival they usually have a shuttle bus service from / to the station. It may not be available in 2021 on account of the Coronavirus.