As a lover of all things spicy, I have a particular fondness for Indian food and have found a handful of good, reliable restaurants in Japan that I frequent. But after 1 year of writing for JapanTourist, I’ve never written about any of them. Why not? Because Indian restaurants in Japan rarely distinguish themselves from each other. They are amazingly consistent. Walk into one, and you’re greeted with the same friendly service, the same tapestries hanging on the walls, the same sitar music or Bollywood films playing, the same collection of curries and lassis and tandoori chickens. Rarely have I found a bad one, but rarely have I found one specific enough to write about.

World Kitchen Samurai in Tokorozawa is as unique as its name. Eating there for the first time, I hesitated a bit walking through its front door. Was this actually an Indian restaurant? The chic interior sparkled like a hip, modern eatery. It had furniture that you’d expect from a trendy café, clean and white walls tastefully accentuated with a jazz theme, and fedora-wearing, well-dressed kitchen staff that looked more suited for a night on the town than for getting their hands greasy in the kitchen.

The menu was a bit more familiar. All the usual suspects were listed, including four pages of curry options (ranging between ¥800-¥1,200) and nine types of naan (¥200-¥500). I selected a dinner set with two curries, chicken tikka, and a choice of naan or rice, for ¥1,500. There was also a wine list of about 10, and a ‘World Beer’ list of 14 international choices from everywhere between Australia and Belgium.

The taste, however, was anything but typical. This was not the same chicken sag curry I’ve eaten countless times before. The food was creative and subtle, surprising you with hints of flavor rather than overwhelming you with a single, particular spice. The curries included some unexpected ingredients, such as ginger. The keema curry looked a bit oily when it was served, but tasted fine when stirred. The naan was big, soft and fluffy.

The restaurant’s owner also proudly delivered a special dish of sauce to add in, and upon further inquiry, he produced the full bottle for us – which had his face on the label. The “Dr. Rocky Special” sauce (“Made in Tokorozawa,” its label boasts) had a vibrant zing of flavor that went well on the chicken and mixed in with the curry.

Overall the food was very good and very creative, and managed to avoid that “sitting in the bottom of your stomach for an hour” feeling that some Indian food can cause. That said, lovers of the usual Indian fare in Japan should proceed with caution, as this is not what you have come to expect. It comes off instead as a trendy place for foodies-in-the-know, and produces very good results. As you could guess from the clarinet mounted on the wall and soft jazz coming through the speaker system, this place does Indian a bit differently.

World Kitchen Samurai, which opened in early 2013, is about a 4-minute walk from the West Exit of Tokorozawa Station. It is located on the second floor of the HA Building. Its menu is in both English and Japanese. 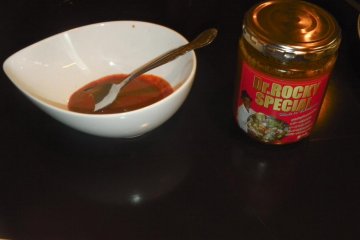 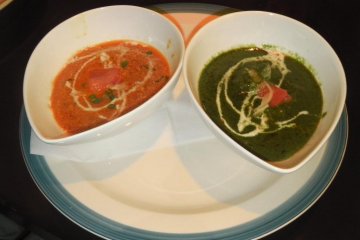 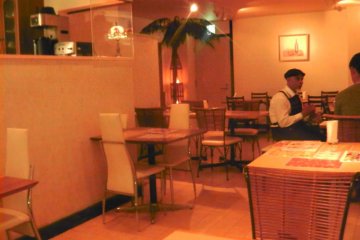 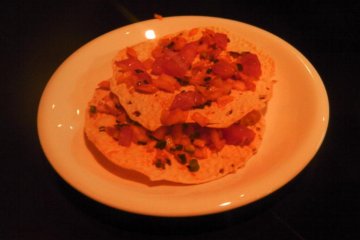 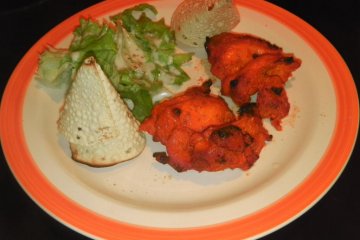 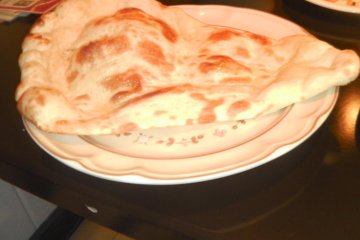 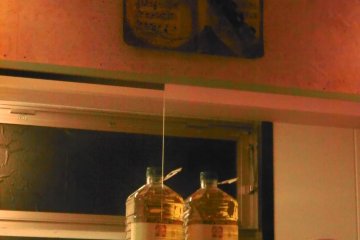 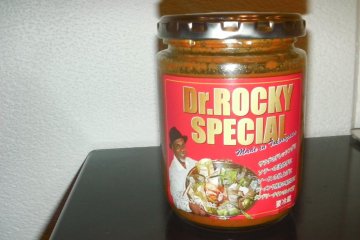 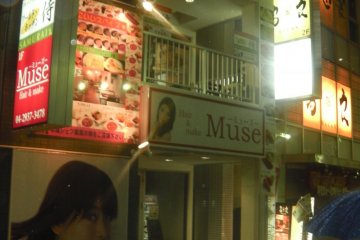