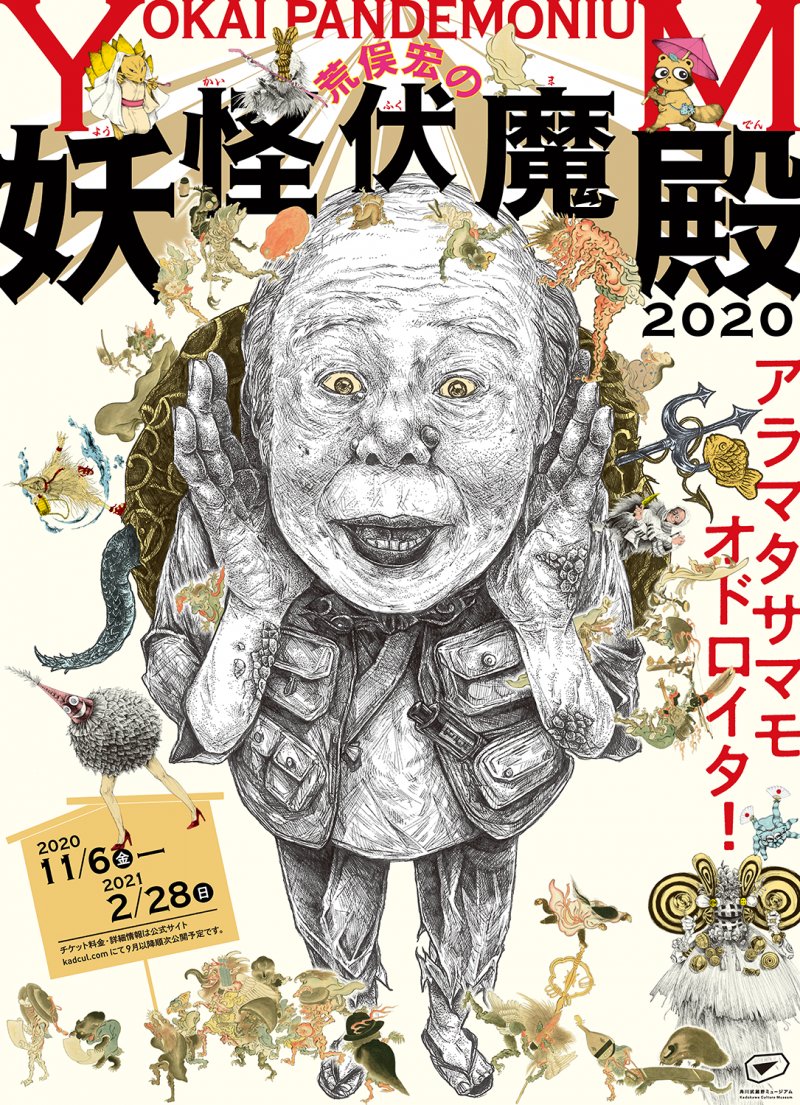 The Kadokawa Culture Museum is just one of several entertainment facilities in the new Tokorozawa Sakura Town. Although the grand opening of the museum isn't until November 6th, parts of it opened in July of 2020 including the Grand Gallery on the first floor of the museum. The very first exhibit at the Grand Gallery was by Kengo Kuma, the man behind the stunning design of the Kadokawa Culture Museum. That just finished up this week and the next exhibit, Yokai Pandemonium, will start on November 6th to coincide with the grand opening of the Tokorozawa Sakura Town.

The Yokai Pandemonium exhibition is by renowned Japanese author Hiroshi Aramata. Like Kengo Kuma, he was also involved in the establishment of Tokorozawa Sakura Town. He is one of a team of advisors and within the museum he has his own permanent space in the "Aramata Treasure House" on the fourth floor (of five). The exhibition introduces "yokai", a class of Japanese supernatural beings in Japanese folklore.

The exhibition starts on Friday November 6th and runs until Sunday February 28th. There are other exhibitions in other galleries in the museum during this period, such as the Ken and Julia Yonetani exhibition. Entrance to the museum costs 1600 yen per adult, 1000 yen for students and 700 yen for elementary school aged children.