Zakkoku Weizen, is, as the fine gentleman in Devilcraft in Tokyo explain it when serving, a pint with a "good grain character" as all good 'weizen' beers should be.

Using millet and a number of other grains to produce the traditionally cloudy, off-yellow hue so typical of German weizen (wheat) beers during its production, this fine Saitama Prefecture tipple is one to go out of your way to find. It makes for both the perfect thirst quencher to kick off a night of ale appreciation on hot summer eves, and even had the potential to warm the proverbial cockles on cooler autumn days.

Coming in at 5.5% alcohol it is not too strong (most Japanese beers are around 5% alcohol) and is a native of the Mugizakkokukobo Microbrewery* in Ogawa Town in north central Saitama; an area known historically more for local paper production than any other industry.

A slight 'bite' when first hitting the taste buds soon mellows to leave a very satisfying aftertaste that begs out for another tickling of the tonsils with a further mouthful.

Zakkoku necked when eating is well matched to light tasting dishes such as salads or - if making a trip to Kanda to Devilcraft - their delightfully tasty Utsunomiya gyoza (dumplings) from over the Saitama border in Tochigi Prefecture.

At home try tofu topped with leek and ginger, perhaps a simple pizza sans anything too strong like salami or anchovies, but if the possibility arises, this is far more of a sitting and chilling kind of a pint more suited to warm afternoons on the balcony and on its own!

A real thinking man’s beer, and one of a number of locally brewed Saitama beers, as is the Hanyu Kobushi Beer , the Zakkoku Weizen has not yet been spotted in stores and supermarkets. If you do see it on your travels in Saitama, let us know!

* the good folks at Mugizakkokukobo also produce a rather fine porter and very tasty blueberry ale - worth keeping an eye out for. 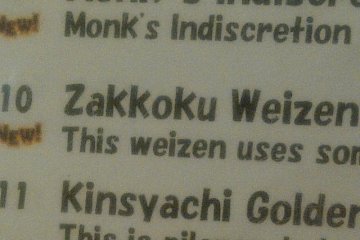 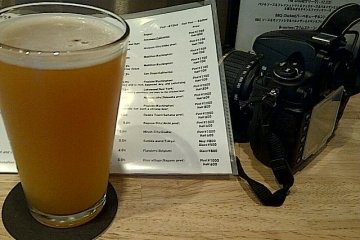 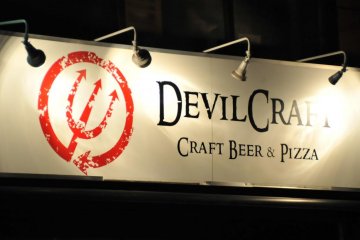