Meet the Locals on the Volcanic Daikonjima

"Daikonjima" means radish island. Early farmers in the area chose the name deliberately to discourage outsiders from visiting the island and trying to steal its Korean ginseng crop. The black volcanic soil of the island is rich in nutrients and perfect for growing ginseng as well as other valuable crops.

Daikonjima Island is located in the middle of Lake Nakaumi in the eastern part of Shimane prefecture. It was formed by lava flows from Otsukayama shield volcano around 200,000 years ago. Farming on the island didn't begin until about the Edo-period. The ginseng produced by Daikonjima is among the highest quality in the world and is exported at a premium. The major drawback of ginseng is that it requires 5 or more years before it can be harvested. In order to generate income in the interim period, Daikonjima's farmers grow and sell peony flowers and other fruits and vegetables, and take advantage of the fresh fish Lake Nakaumi offers up.

Depending on the time of year, the waters of Lake Nakaumi, and the nearby Lake Shinji and Sea of Japan offer up a wide variety seafood. Blood clams, sea bass, blue fin crabs, fresh and salt water clams, red snapper, snow crabs, salmon and mackerel are all products of the area. Tai-meshi (steamed red snapper meat mixed with rice), suzuki no hoshoyaki (baked sea bass), and saba no shiokara (salt spiced mackerel) are just some of the savory traditional dishes to choose from.

Hajime Nakamura was a highly respected and well-published philosopher of Vedic, Buddhist and Hindu scriptures. The importance of Nakamura's research and translation work continues to be highly influential in religious practices in throughout the world to this day. A museum celebrating his work and life is one of Daikonjima's most significant attractions.

This, the 3rd largest rigid frame bridge in the world, connects Matsue City in Shimane Prefecture with Sakai-Minato City in Tottori Prefecture via Daikonjima. Pictures of the bridge have gone viral owing to how steep the it appears to be when photographed from a distance with a telephoto lens. The bridge is open to car, bike, and foot traffic and offers great opportunities to get a unique shot.

Daikonjima owes its existence to the lava that created it 200,000 years ago. The highly fluid lava that once flowed throughout this area left behind an intricate network of lava tube caves. Two of these lava tubes, the Yūkido and Ryukeido are open to the public and feature eerie lava formations like "the Devil's Bed," as well as unique cave life, and clear cave spring water. Both are located within 1km of the Yushien Garden.

Explore the 500 year old stone foundations of the Sengoku-era (Warring States) Aagoshide Castle. They are located in the quiet grounds of Zenryuji Temple, on the southern end of Daikonjima. Two shrines dedicated to octopus and fresh water "unagi" eels can also be found on nearby Eshima Island.

Otsukayama is the summit of the volcano that birthed Daikonjima. At just 42.2 meters in elevation it is one of the lowest volcanoes in Japan. The park provides excellent 360 degree views of Daikonjima, Lake Nakaumi, and the soaring peak of Mt. Daisen. In the spring, the 60 year old plus sakura trees burst into glorious pink bloom. The relative remoteness of the area keeps crowds to a minimum. The park also has plenty of open space and a playground for families with children.

Peonies bloom from April to May (high season admission). The Yūshien hosts the Peony Festival to show off the wondrous variety of colors the flowers from Daikonjima can produce.

Autumn brings fiery colors to the maple trees and other leafy plants of the Yūshien Garden, and winter brings crystalline snow covered vistas. Yūshien uses both opportunities to host illumination events which sees the garden lit up with 1,200,000 LEDs. The autumn event enhances the fierce colors of the trees, and the winter events feature numerous sculptures and paths made entirely from lights.

At just over 6 square kilometers in area, Daikonjima is easily explored on a bicycle. The CocoReto guesthouse offers bicycle rentals for those who want to explore at their own pace, and cycling tours that show guests the best the island has to offer.

CocoReto guesthouse is proud to offer unique agriculture and culinary experiences. Join local farmers and residents in peony picking; harvesting potherbs, root vegetables and seasonal fruits; and catching clams out of Lake Nakaumi. Learn how to prepare and cook the bounties of the harvest in the traditional fashion once you've brought them in from the fields or lake. There are different activities for every season.

Cocoreto also offers a unique workshop in the traditional practice of botanzoe, the art of dyeing fabrics with dyes made from peony petals… Scarves, cushion covers for stools and more. What will your unique handmade souvenir be?

For more information and to reserve your trip visit the

Daikonjima is most quickly accessed by flying to Yonago Kitaro Airport in Tottori, and taking taxi from there. The ride takes about 30 minutes. taking the JR Sakai Line to Sakai-Minato Minato Station (¥320), and then getting either the Yatsuka Community Bus (¥200, 20 minutes) or Matsue and Sakai-Minato Shuttle Bus (¥470, 16 minutes) to Daikonjima.

Alternatively, one can get the JR San-in Line to Matsue Station and transfer to the Matsue City Bus (¥680, 40 minutes), or the Matsue and Sakai-Minato Shuttle Bus (¥700, 25 minutes). 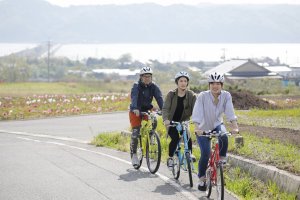 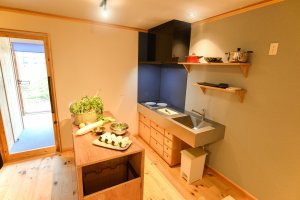 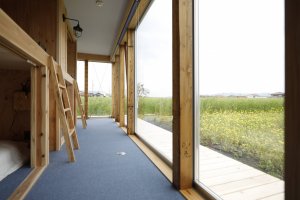 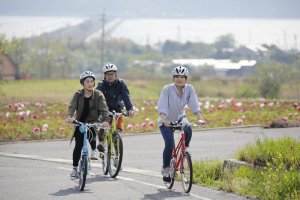 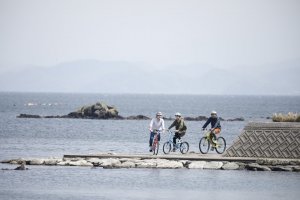 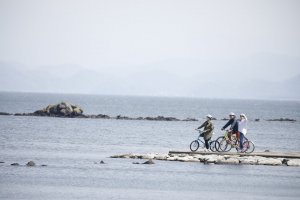