The place of martyrdom for the hidden Christians

Tsuwano has many famous historical spots, but Otome Toge (乙女峠｜おとめとうげ）is where the history itself is not of achievement, but of hardship and sorrow.

Christianity was forbidden for most of the Edo period (1600 - 1868), but it was in the first year of the Meiji period (1868) that prosecution became stricter than ever before. When seeing the foreign countries' growing delegates to Japan, the hidden Christians came forth, and proclaimed their faith in Nagasaki.

The Meiji government arrested 3,000 believers and sent them to different parts of Japan. It was in this turbulent time, when 154 Christians were sent to the Tsuwano domain, where they were put in outbuildings around the former Korinji Temple, near Otome Toge pass in the mountains behind the Tsuwano castle town.

Tsuwano domain did not have a community of Christians (that we know of), and taking in these prisoners was an undeniable order from the central Meiji government. For five years, the believers were tortured with different methods, from being ordered to abandon their faith and trample on the holy Christ's paintings, receiving little food and reaching the brink of death from hunger, to being thrown into the frozen pond next to the temple during the winter.

Another cruel way the Christians were treated is something called Sanjakuro, which is a cube of only 90cm (2.9ft, 35inch) on each side. Yasutaro, one of the 37 martyrs who died during the five years, was put into the Sanjakuro often. He wrote in his notes that "I am not lonely at all in this Sanjakuro. For just after midnight, a lady appears, clothed in a blue gown and wearing a blue veil just like the image of Santa Maria. She tells me stories so I am not lonely at all." It is said that the blessed Virgin appeared to martyr Yasutaro every night from 7-19 January in the second year of Meiji (1869).

After international pressure, in the sixth year of Meiji (1873) the Decree of Prohibition of Christianity was abolished and the Christians were set free and some of them returned to Nagasaki.

Memorial chapel for the martyrs

The Otome Toge St. Mary Chapel was built in 1951 at the place of the former Korinji Temple, to remember the martyrs. This is the end station of the yearly Otome Toge memorial procession on 3 May. A solemn mass is held in the chapel that day.

There is a sign on the chapel's door in Japanese. It says that anyone can freely go into the chapel to pray or to pay homage to the martyrs, but there are many animals and insects in the woods, so one is asked to make sure that the door is tightly closed during and after one's visit.

Tsuwano also has a church built in memorial of the hidden Christians, which can be found on Tonomachi street in the town center.

Stations of the cross

There is a path going into the woods that leads to the Monument of the blessedness. The 15-minute walk through the woods goes along the Stations of the Cross, but it is a bit of a challenge. While the path is well maintained, it is sometimes steep, and more of a walk through the woods than a walk in the park, so appropriate footwear is advised. The end of the path is the Monument for blessedness, and from there a road goes down to Youmeiji, the family temple of consecutive Tsuwano domain lord clans, spanning more than 700 years.

The Otome Toge St. Mary Chapel is at the Otome pass, west from Tsuwano train station. Start walking south from the station, turn right and cross the train tracks at the first possibility. After crossing the train tracks, turn right again. Walk straight for a few minutes, until you find a road to the left, going towards the hills between two temples, with a "乙女峠記念聖堂" sign at the crossing. From here, it takes about 10 minutes up the hill two the chapel and the memorial park. 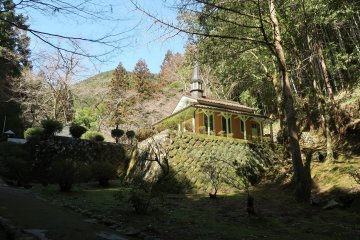 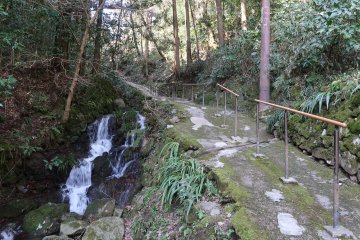 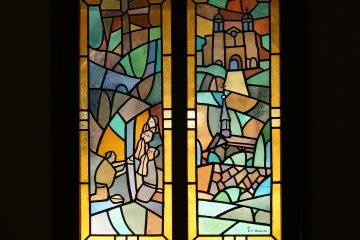 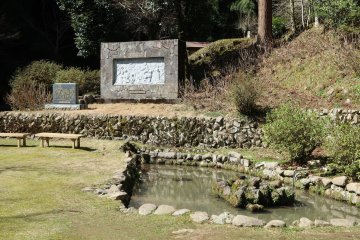 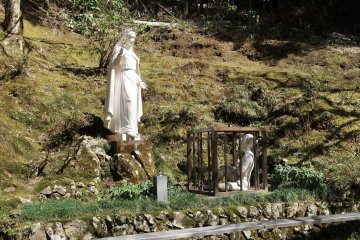 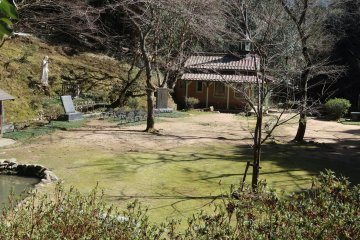 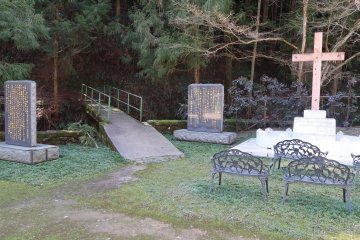 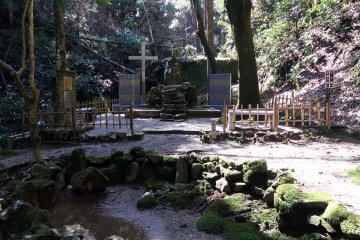