One of the five most important Inari Shrines in Japan

Taikodani Inari Shrine is the most important shrine in Tsuwano, the second most important religious site in Shimane, and one of the five most important Inari shrines in Japan. As an Inari shrine, it is dedicated to the god of agriculture, prosperity and, in Tsuwano's case, lost items. It is said that if one prays at this shrine, the lost or stolen item will find its way back to the owner.

The shrine is located up on a Shiroyama hill (lit. 'castle hill'), with a winding road leading up to the holy grounds, through 1,000 vermilion torii gates. It is about 20 min from the station to the start of the torii gates, and another 10–15 min up the hill.

When arriving, the main hall is in front, with the ceremony- and event halls on the right. There are four places to pray, and two of them are at the end of "hidden" passages, which you have to find for yourself (hints at the end of the article). Typical for Inari shrines, you'll see several foxes (consider messengers of Inari) acting as guardian spirits.

History of the shrine

From the shrine, there is a beautiful view to the south part of the city, the mountains and the winding river. Across the Tsuwano river, one can see the elementary school, an area where once high-ranking samurai used to live. It was an artificial island, created there around 1600, with a wide moat and the river as defense lines.

The lanterns along the footpath up to the shrine are lit during the night which, from far away, look like small fireflies. From the top, the night view of the valley and the 10-meter-tall torii gate on the other side of the valley is definitely a worth a picture.

There is also night-kagura perfomance in the shrine's ceremony hall during the summer months, and the best combinations is to start walking up to the shrine before sunset, wait for the kagura theater performance, and come down to the center of the town with the bus of the Tourism Association.

The “hidden” places: one is left to the main hall: follow the stairs going up, before finding a path of stones, leading to the back of the main shrine. This is where one is closest to the deity. The other one is not that secret – it is on the right of the smaller shrine, which is next to the stairs coming up the torii gates. 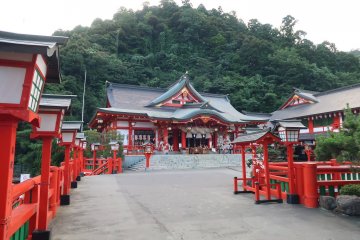 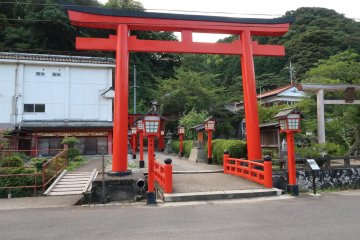 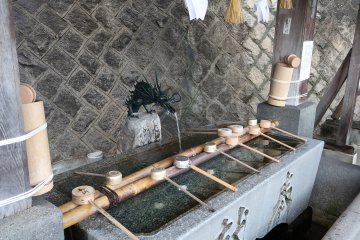 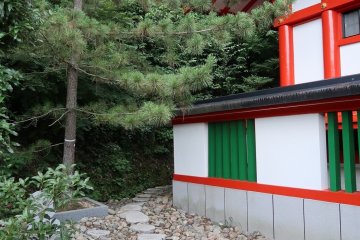 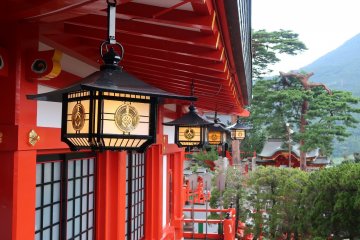 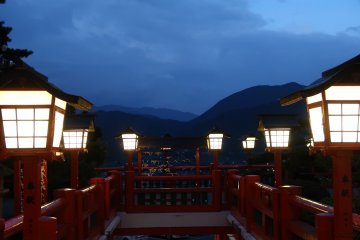 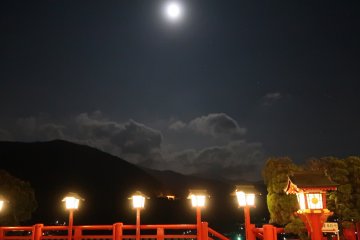 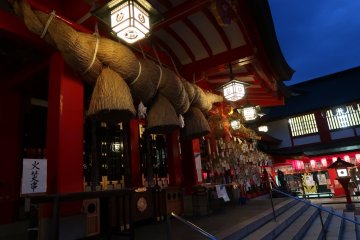