Yunotsu hot spring area was declared a World Heritage Site along with the nearby Iwami Silver Mine in 2007. Sitting on the coast near the mines, Yunotsu was also an important port. But today, the town of just a few thousand people is known mostly for its onsen, or hot springs, that breathe life into the old buildings along the narrow single street.

Yakushiyu is the most famous bathhouse in the area. The naturally heated waters are said to have surfaced after an earthquake in 1872, so it’s also known as “Shinyu,” or the “Quakewaters.” The complex has two buildings, with the white Showa-era building housing the bath.

The bath itself is rather small and simple for an onsen, but there’s a special historic atmosphere that adds to the highly regarded waters. The men’s and women’s baths are in a sunken tub that flows over onto a remarkable floor. Iron gives the bath its rusty scent and has added layers of orange and brown deposits over the decades that now cover the floor completely. The natural spring water here is for more than just getting clean. It’s been given a very rare highest rating from the Japan Onsen Association. It has noted healing minerals that are helpful for a rainbow of health conditions, such as rheumatism, arthritis, muscle pain, and skin conditions, cuts, burns, and more. The water comes out of the tap at a very hot 46 degrees Centigrade (115 degrees Fahrenheit), but drops a few degrees to a more comfortable level elsewhere. If you’re not used to bathing at such temperatures, you might want to step out of the tub every few minutes to avoid becoming overheated. Interestingly, the water is also known to change color during different seasons.

If you’re a morning person, the staff says the first water of the day is the best, so they open at 5 am daily. And there’s a rooftop café you can enjoy any time of day. It’s even more special with a free coffee on offer and a nice view of the ornate roof in the building next to it.

The gallery next door was built in 1919 during the Taisho period, and the baths used to be located there. It was remodeled with all local materials and is now a gallery and café.

Rates for bathing are a very affordable 350 yen for adults and 250 yen for children. A private bathing room is also available in a 40-minute block of time (650 yen for adults, 300 for kids). The bath is open 365 days a year and is just a 5-minute taxi ride from JR Yunotsu Station. Free parking for 20 cars. 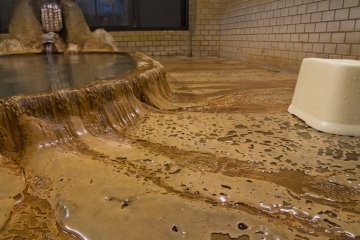 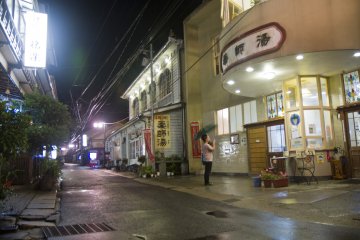 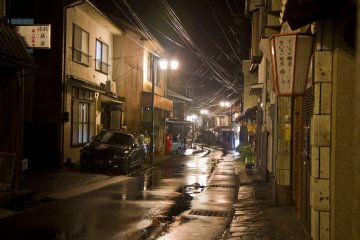 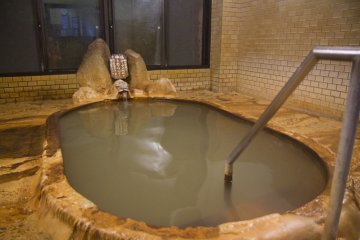 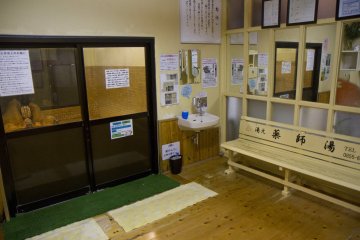 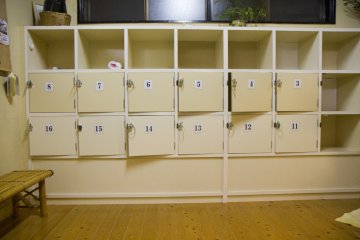 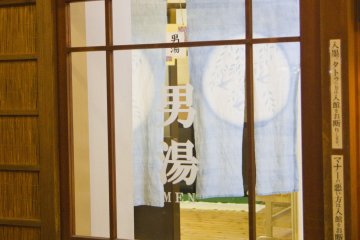 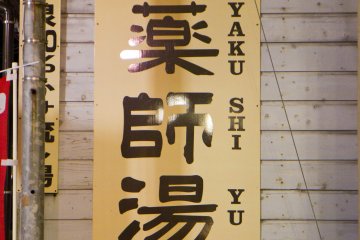 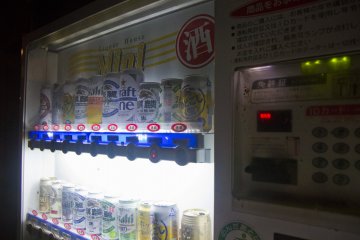