Moto-yu, on the left, is one of the several bathhouses along the single-lane road of Yunotsu (Photo: Tristan Scholze)

Moto-yu, on the left, is one of the several bathhouses along the single-lane road of Yunotsu (Photo: Tristan Scholze)
Tristan Scholze   May 27, 2015 - 3 min read

Declared a World Heritage Site along with the nearby Iwami Silver Mine in 2007, the Yunotsu hot spring resort is a quiet little settlement well worth a visit. Sitting on the coast near the mine, Yunotsu was also a historically important port. Today the town of just a few thousand people, technically part of the city of Oda, is known mostly for its onsen, or hot springs, that breathe life into the old buildings along its single narrow street.

A number of inns, small shops, a temple, cafes, and restaurants line that street. It’s small enough to explore on foot and makes for a nice walking area. Yakushi-yu tops the list of onsen as the most famous bathhouse with its long history and the highest rated water in this part of Japan. There are others, including Moto-yu nearby. The latter onsen’s source, the foundation of a legendary tale, is said to have been discovered by a wandering priest 1,300 years ago when he stumbled upon a warm pond whose waters seemed to heal an injured tanuki (raccoon-dog).

Next to Yakushi-yu, where the bath was originally housed, is a café and gallery in a beautiful old Taisho-era building called Shinyu Café Kuranojo. Check out the interesting roof and look in the windows even if you don’t go inside.

Other places to relax and have a drink include Toki, an old timepiece shop made into a café near Yakushi-yu, and an even more interesting one back down the street, closer to the station, known as Meguruya. Inside its well-preserved old wooden building, you’ll find imported handmade traditional goods from overseas along with a classy, classical café atmosphere. They also allow travelers to spend the night here on the second floor. The amenities are very basic, but even campgrounds are more expensive. Additionally, you can bring food inside (but not drinks) after six pm. There’s a supermarket right next to it.

If you're looking for fancier accommodation, several ryokan and minshuku, kinds of Japanese inns, can be found here. One reasonably priced is Kiunsoh, which has food, baths and a tearoom, starting at 5,400 yen per person (not including meals).

If you want to eat out in the evening, there’s Roan, a nice pub-restaurant with a diverse western and Japanese menu that’s also known for its Italian coffee. There’s also a vending machine in the street that has beer near Yakushi-yu and Moto-yu. 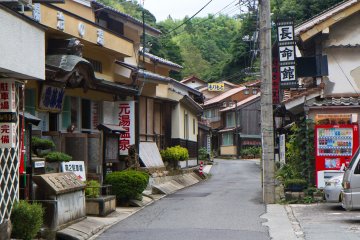 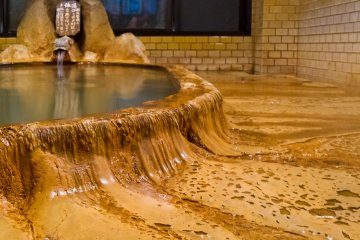 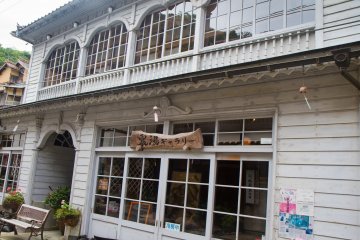 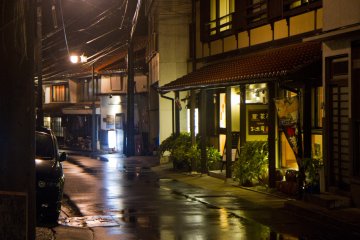 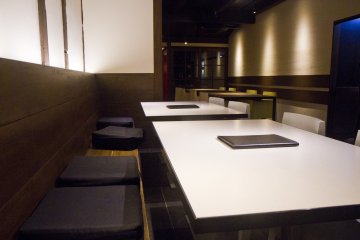 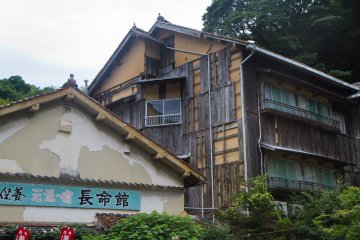 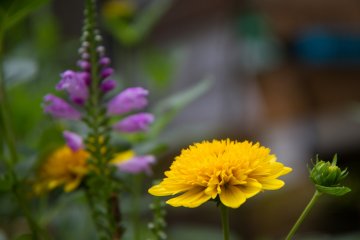 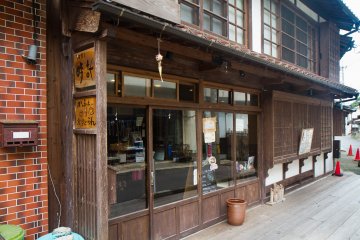 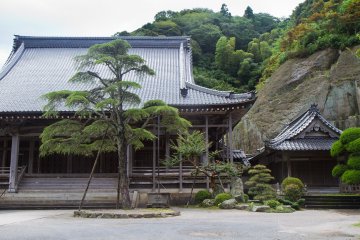 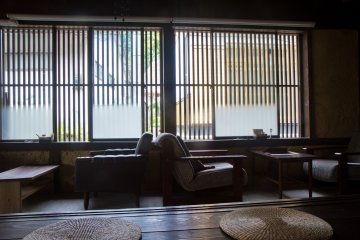 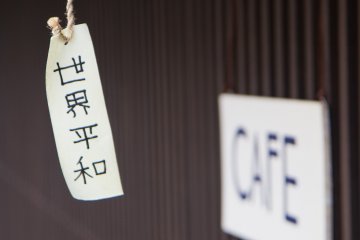 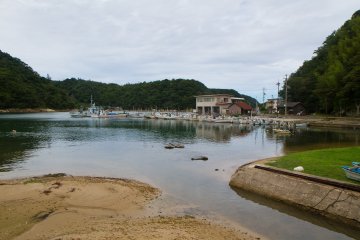