A beautiful temple in forested hills near Hamamatsu

If you want to find somewhere as serene as it's spiritual, it's hard to beat a temple in the forest, and Hoko-ji is a prime example. There's no noise other than the birdsong and footsteps, and it's wonderfully soothing to stroll around slowly, breathing in the fresh air and admiring the buildings. I've rarely been to a more beautifully set temple, and the harmony with the surroundings is exquisite.

Turning off the main road, you approach through the forest, passing a little shrine and pond just past the ticket booth. As you walk on from here you have an audience of scores of stone statues of rakan, Buddhist disciples. Already small, these are dwarfed by the tall trees, the bright red of their bibs and bonnets standing out in the natural setting.

Taking the left fork, you walk under the scarlet gate, past more statues and a waterfall, and you come to a bright red bridge crossing the valley. Before you cross the bridge, you can walk up the path to your left, looking back through the banners for a fine view of the temple buildings surrounded by the trees.

Crossing over to the temple buildings, you should go first to the small hall to the left of the main compound. Here you'll find two reasons to remember always to look up; the main beams above the altar are spectacular carved dragons, coiled waiting to swoop down on the insufficiently devout.

At a lot of temples, you're only allowed to look from the outside, but here, you get to take your shoes off and walk around inside, everywhere. There are even some information boards in English, giving details of the statues at the main altar, and an encounter between the temple's founder and a strange monk.

Inside the main hall you can admire not only those statues, but also the gaudily decorated altar area, contrasting with the rest of the hall. The plain tatami are soft underfoot, there's an alcove with a striking calligraphy scroll, and you can enjoy simply drawn Buddhist scenes above the screen doors looking out over the compound.

As well as all this, the temple offers meals! You buy a ticket for your chosen dish at the booth near the entrance to the main hall, and go back at the appointed time, when a monk walks you down to the nearby refectory. Before dining, you read a Buddhist sutra together - a transcription in the English alphabet is provided if you can't read Japanese - an enjoyably mindful way to start your meal.

I chose to have a 'fake' unadon set. This area is well known for its eel dishes, but at a Buddhist temple, the food must all be vegetarian. The 'meat' is created with vegetables, but is still very tasty, and is reasonably similar to the taste of actual eel.

There's one final thing to see. As you walk back down the hill towards the main entrance, there's a stream tumbling down the hill to your left, with a stone arch built over it. On top of the arch there are four statues of arhats, Buddhist disciples who have achieved enlightenment, though there are stories of worshippers who claim to have seen a fifth also appear. Perhaps you will too.

If you don't have your own transport, you'll need to take one of the infrequent buses from Hamamatsu station to Okuyama, about a sixty-five minute journey. It's bus 45 from stand 15 of the bus terminal: Okuyama is the final stop, and the temple is ten minutes' walk away.

The temple is open from 9:00am to 4:00pm daily. Admission is JPY500, with lower prices for students at junior high school and elementary school, discounts for groups of twenty or more, and free entrance for children below school age.

For an extra charge you can be led by a monk in zazen meditation, or in copying a Buddhist sutra or image of the Buddha. The minimum number of participants is two, and while it may be possible to arrange on the day, it's better to make a reservation in advance. 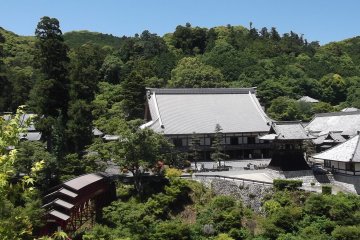 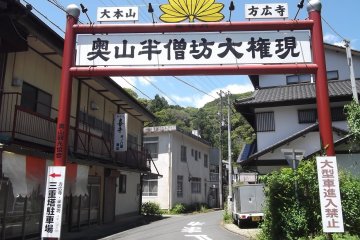 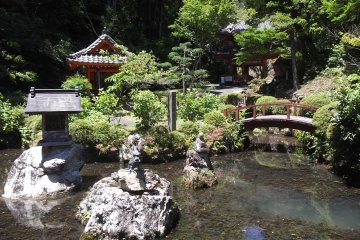 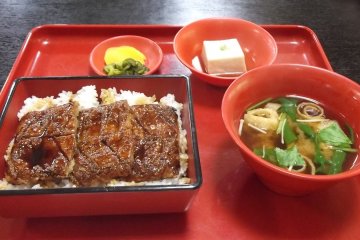 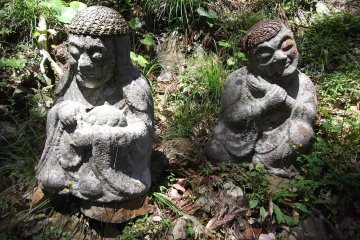 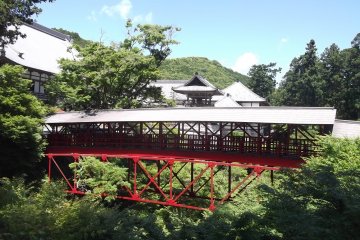 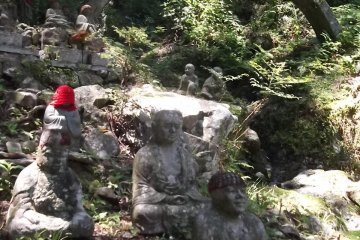 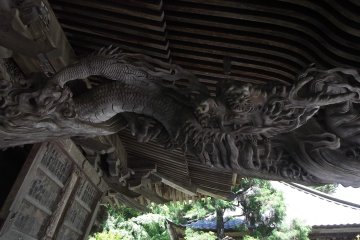 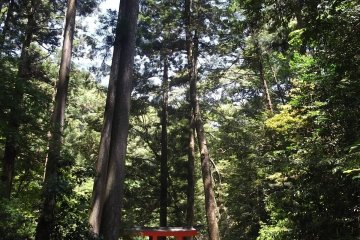 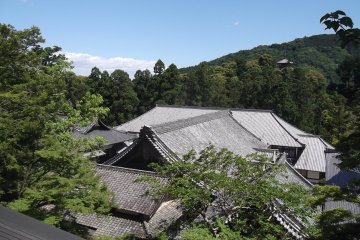