Affordable comfort in the suburbs of Shizuoka City

Planning a trip to Shizuoka one time, I decided to stay in the suburb of Shimizu rather than the centre, which I knew well enough already. Of the handful of hotels there I chose Seagrande Station Hotel, which couldn't be much closer to the station, and offered decent value as well as a good location.

I went in through the entrance direct from the covered shopping arcade immediately next to the station: I was there well before check-in time, but I was allowed to leave my bag by the friendly woman on reception, who spoke a little English. It's not the most modern of hotels, but it has a kind of retro charm, with its swooshy seventies logo and lounge-bar style lobby.

My single room was typically cosy, adequate for a solo traveler with little baggage. I had a corner room with a view over the station on one side, a view of the neighbouring building on the other; there was a better view to be had from the terrace, looking out over the town with Mount Fuji in the distance. The standard business hotel amenities were all there - TV, fridge, kettle - and I also found on the panel by the bed a control for in-room background music, giving me a soundtrack of AOR and blues-rock.

Other services include lunchboxes for ¥500, and evening room service, with an English menu in the room. If you don't want to dine out, the restaurant on the top floor also has good view of the port and Mount Fuji, and for an extra thousand yen you can include breakfast in the cafe near reception.

Shimizu being a suburb, there aren't that many landmark sights in the vicinity. If you're feeling energetic you can walk to the impressive Seiken-ji temple, or take a train one stop to Okitsu station and head for the Satta Toge pass. Closer to hand, there are a number of charming temples within easy walking distance, among them Kojo-ji, Myoren-ji and Houn-ji.

For shopping there's a big Seiyu supermarket nearby, cheery S-Pules Dream Plaza shopping centre (good for souvenirs and seafood) about twenty minutes' walk away, and of course the arcade that the hotel is on. Here you'll find a good number of restaurants, including Seoul and another friendly Korean place.

The rooms available are singles and doubles, though judging by the pictures on the reservation website I use, the double beds are only marginally bigger than the singles. Rates depend on the time of year and how far in advance you book, but you'll likely pay roughly ¥6-7000 for a single, ¥11-13000 for a double. 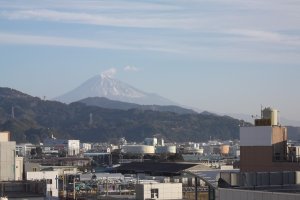 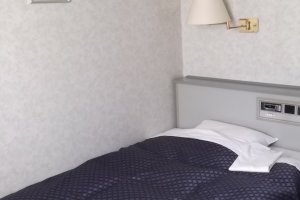 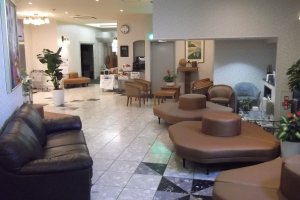 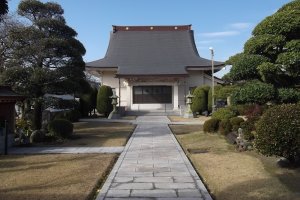 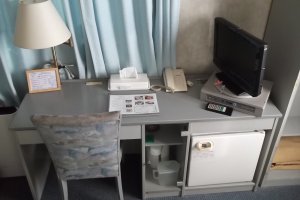 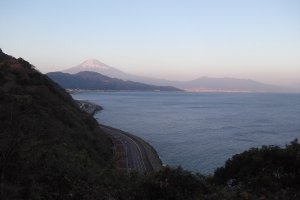