A museum of delightful sculpture in Atami

At the northern end of Atami's Bai-En park, the Sawada Seiko Memorial Museum is a small but very appealing art museum, dedicated to the work and collection of (you guessed) Sawada Seiko, a well-known painter and sculptor who received the Order of Cultural Merit. It doesn't take long to get round, but it showcases well both his skill and his range of artistic creativity.

The building is in a pleasant setting, surrounded by greenery and with a handful of sculptures dotted around the grounds. It has a striking, organic design: outside there are curved, rough-hewn walls, with a round porthole giving onto a small yard; inside, the interior walls are fuzzy to the touch, and there's just one long room on the ground floor, curved with the building, with alcoves off it for statues to occupy.

As for the artworks, the diversity on display is remarkable. There are paintings, hanging scrolls, stained glass, sculptures in wood and stone, some rough, some polished to a shine, some serene, some brash and energetic. Many of them are on Buddhist themes: colourful statues of deities with flaming halos and lots of arms, plenty of demons on the hanging scrolls, flying (and falling) angels in the stained glass ceiling and windows. It pays to look closely: the ceiling is elaborately detailed, and one brightly coloured statue has more little Buddha figures in his intricately carved crown.

There are a number of entertaining mythical creatures too: a mermaid arching over backwards as if doing yoga, a man's torso on an eagle's body, winged and holding a flute. My favourite was of an airborne woman flying along like superman, with a baby riding on top using her as a surfboard. As well as being plenty fun, this one also showed amazing craftsmanship, as the whole sculpture is balanced only on the tip of the woman's fluttering robe.

Best of all, I had the place more or less to myself, only seeing one or two other visitors while I was there. I could enjoy the hushed atmosphere, and relax in the armchairs that are provided in some of the alcoves, enjoying a longer look at some of the sculptures.

Upstairs, I could get a closer look at the stained glass ceiling, and there are also a few interesting items from Sawada's own collection: an Egyptian sarcophagus and deity sculpture, some Japanese theatre masks, a cute sculpture of two boys fishing. Then on the way out, there's also a small selection of goods for sale, so I picked up a couple of postcards to keep as reminders of this fun, interesting place. 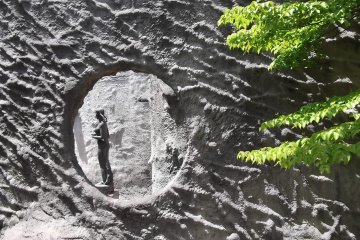 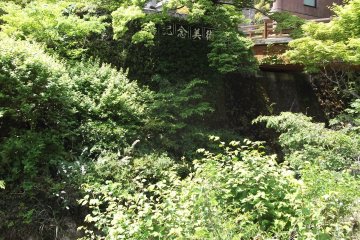 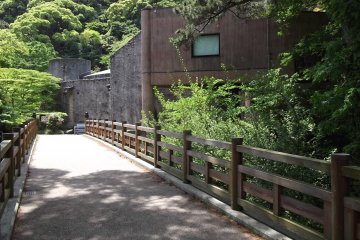 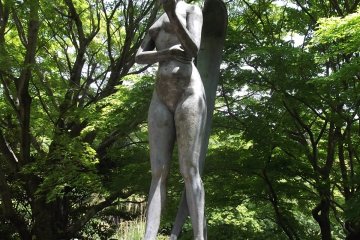 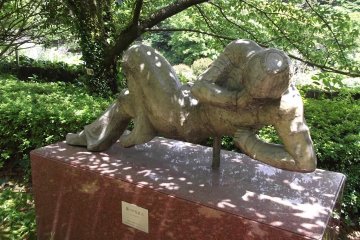 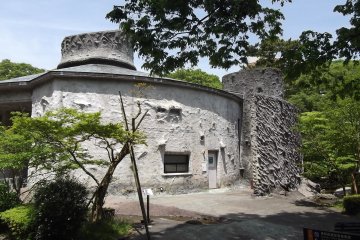 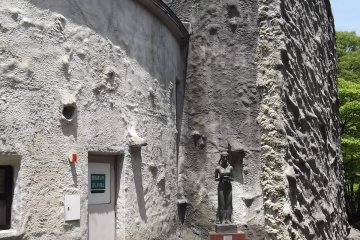 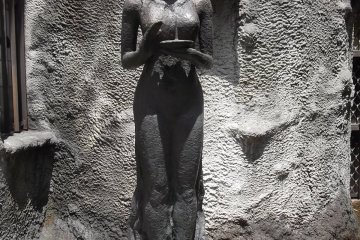 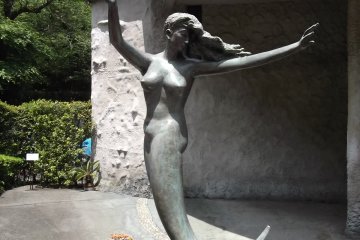 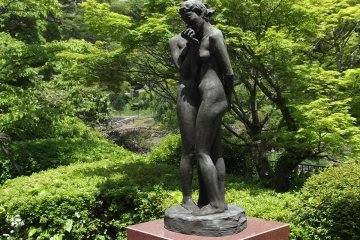