Take to the sea to get a closer look at the whirlpool!

Whirlpools are a natural wonder that can only be observed in a few places around the world. The Naruto Whirlpools sit in a small gap between Shikoku and Awaji islands and are some of the fastest flowing maelstroms in the world. The whirlpools are caused by tidal forces as water from the Pacific Ocean and the Seto Inland Sea surge back and forth with the tides. The Naruto Strait is so narrow, less than a mile wide, that this water exchange moves through the bottleneck with incredible speeds. These currents would be certain death for a swimmer, but boats have no problem navigating around the whirlpools.

Occurring with the tides, the surges in the whirlpools' strength can be seen four times in a 24-hour period. During operating hours, there are two times of peak strength, once first thing in the morning and the second around the last boat of the day. For this reason, one should consult the website before choosing what time of day to visit. The time of year that one visits also will have a bearing on the spectacle. During spring, the speeds of the current increase significantly. The fast flow creates whirlpools with a larger diameter. Times of the month with stronger tides will be a better time to visit.

The whirlpools can be effectively viewed in two ways. One way is to go across the enclosed walkway called “Uzu no Michi” and look down through windows on the floor. The pools are supposedly best viewed from above, and this location affords you a bird’s eye view of well over a hundred feet. The other way to view them would be to get up close and personal on a boat trip. There are two companies and the kinds of sea craft offering tours of the vortexes multiple times a day. This is a lot more fun, and the adventure of being on the sea will be a more vivid memory.

Naruto Park, the area surrounding the pools, has a lot more to offer visitors. There are walking paths, an observatory, several viewpoints, and two museums. One is the Otsuka Art Museum, a sprawling museum that houses reproductions of Western art. The other museum is devoted to the straits, whirlpools, and the history of the construction of the Naruto Bridge. There are souvenir shops and places to get sweets and small meals. There are plenty of different places to park, and plenty of restrooms.

The area has a few cultural connections as well. Awaji Island, when viewed by the titular character in The Tale of Genji, was so far from the capital that he sorrowfully wrote a depressing poem about seeing it. The whirlpools made such an impression on the famous Ukiyo-e artist Hiroshige Utagawa that he immortalized them forever in woodblock. This image is currently used on the complimentary postcards that come with the purchase of Uzu no Michi tickets. The character Naruto Uzumaki (uzumaki means whirlpool), is a character from a comic and cartoon series of the same name.

Find out more about Naruto Whirlpools.

I am a Seattle native, settled here on Shikoku these last few years. Love Japanese food, hiking, camping, swimming, and taking photos of this beautiful corner of the world! 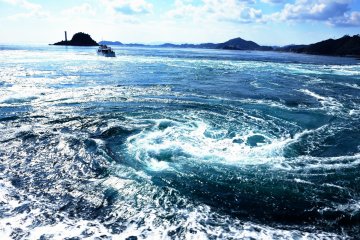 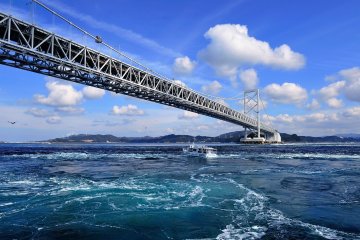 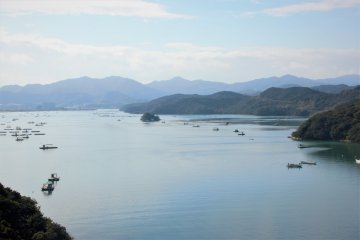 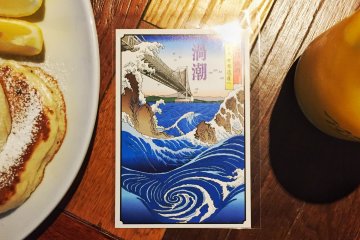 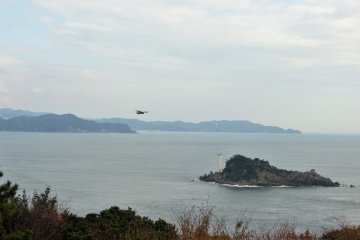 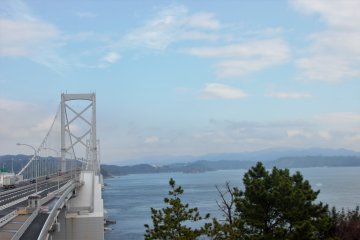 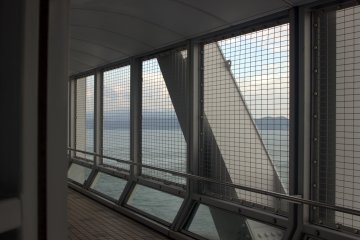 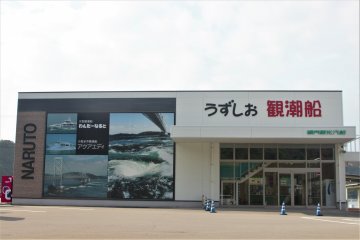 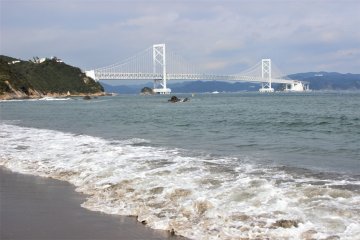 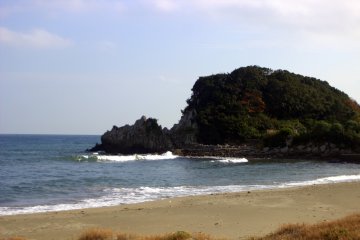 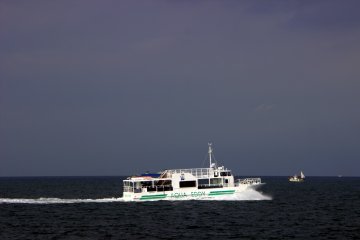