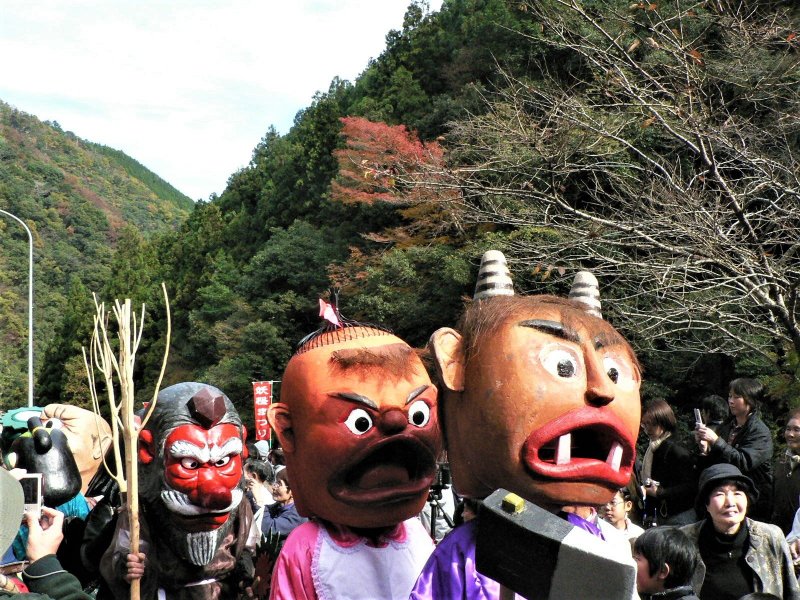 Scaring the pants off everyone every year

Yokai have been scaring the pants of the Japanese since day one. Often thought of as ghosts by overseas visitors, yokai are more akin to supernatural creatures who go about their work helping people or, for the nastier ones, bringing misfortune to them.

While yokai stories can be found all throughout Japan, in Tokushima Prefecture on Shikoku Island, the locals have decided to take full advantage of their yokai folklore by turning it into a fun day. First held in 2000, this local celebration sees the people of Miyoshi City hold a yokai festival each November. During the festival, participants parade in handmade costumes as traditional yokai characters.

The festival parade begins about an hour or so after midday and is held on the third Sunday of November. It is open to anyone interested and willing to participate with a creature costume. The somewhat remote nature of the location - an old elementary school surrounded by mountains and valleys - clearly adds to the communal charm of the festival so a visit to the Tokushima Yokai Festival could be just the thing to satisfy that local travel urge.

For more details on times and dates, please check out the official website.