Step back in time to see how Japan used to look

Wakimachi-Minamimachi is an old style little Japanese street in the town of Mima with beautifully preserved houses and shops--some dating back to the early 1700’s. The charm of this quaint little street can’t be overstated, and if you want to take a step back in time to see how Japan used to look, I recommend you walk down here.

The west of Tokushima (or Awa as it was then known) was well known for the indigo dyeing trade and Udatsu Old Street was the wealthy main road at the heart of this trading centre. The street gets its name from the fire prevention wing walls called Udatsu.

These structures at the ends of the buildings on the first floor are made from clay and bamboo. They served as a firebreak between the wooden walls of one house and the next. They were also very expensive to erect, so well to do merchants on this street began to try to outdo each other with more intricate designs. Many beautifully designed gargoyles and fish sit atop the wing walls all the way down the street. Most of the shops and house’s have the old style wooden walls, and once inside be sure and take a look at the joinery of the beams.

Don’t worry, you needn’t just come here to stare at some clay walls; there’s plenty of other history and culture here for you to spend a whole day wandering around.

Any of the little shops along here will have an English brochure with a map and explanations of all the sights along the street and in the surrounding area. This will guide you to the best points and make sure you don’t miss anything.

One of these places is the Yoshida family residence, the home of a very wealthy merchant family. It will cost you 500 Yen (250 Yen for children) to have a look inside, but it is well worth it.

Take your shoes off and step onto the beautiful tatami and head through a maze of tiny rooms in this old style Japanese house that used to house twenty family members and fifty servants. The rooms all surround separate little Japanese gardens and many display gorgeous ikebana (flower arrangements).

You can see the old kitchen where they have diverted the river to flow through this room (the Yoshinogawa used to flow right past the back of the house). Upstairs is where you really get to see how this house is put together as it still has the original wooden beams and roof.

Unfortunately the descriptions of how the rooms were used are all in Japanese, but it’s still worth a look. The same can be said of the little museum/art gallery in the building out the back. Here, there are a couple of suits of armour, an old rifle and some other artefacts from the past.

Back out on the street there are quite a few little souvenir and gift shops. Stop in and pick up some indigo goods--everything from scrolls to kimonos to dolls and coin purses.

At the Fureai-ken you can experience indigo dyeing, though it is closed Mondays which is when I went, So I can’t tell you anything about this.

There is also the village of bamboo puppets. Here they make tiny figurines entirely out of bamboo all participating in the Awa Odori dance. You can pick up single figurines or entire troupes encased in a glass box--or just watch while the artisan makes them. There are plenty of other crafts in here as well.

When you get hungry there are a few restaurants and cafes along the street. I stopped in at the soba noodle shop just opposite the Yoshida Residence--unfortunately I couldn’t get the name--just look for the plastic meal displayed out the front.

Soba is a fat gluttonous noodle served in broth, and here, it comes with beef, tiny shrimp and tripe as well as a slab of tofu on the side. This was my first time eating soba so I have nothing to compare it against but it was really good! I then stopped in at the lovely Café Kodoya for awesome coffee (some of the best I’ve had in Japan) and cake.

There’s plenty more to look at in and around this old street and at night it’s lit up in a warm glow. It’s well worth spending a few hours wandering down this long strip of traditional Japan that is now nationally recognised as an area for preservation due to its high cultural value. 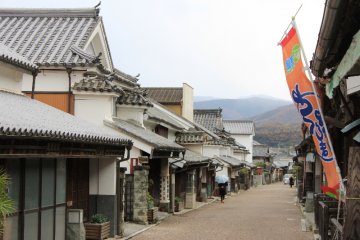 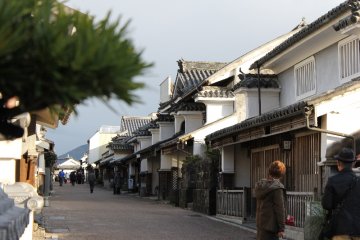 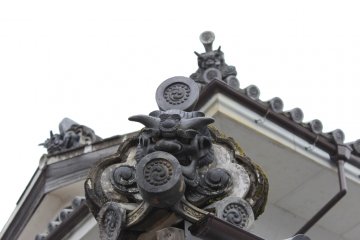 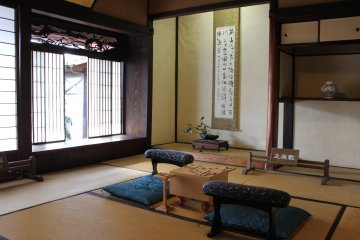 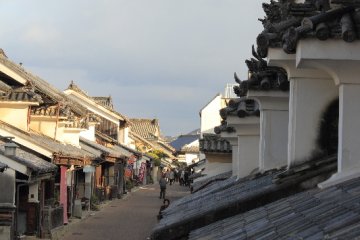 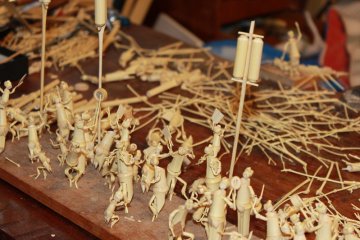 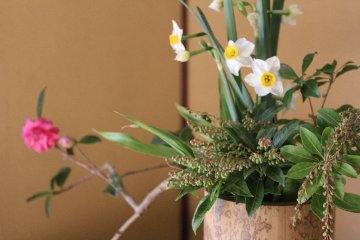 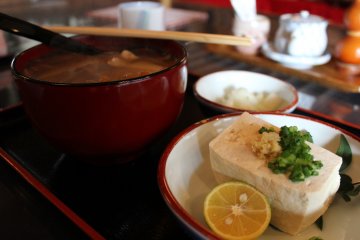